On 1 August 1944, Dietrich von Choltitz was promoted to General der Infanterie, and on 7 August was appointed military governor of Paris. At a meeting in Germany the following day, Hitler instructed him to be prepared to leave no Parisian religious building or historical monument standing. After von Choltitz’s arrival in Paris on 9 August, Hitler confirmed the order by cable: “The city must not fall into the enemy’s hand except lying in complete rubble. A popular account holds that Hitler phoned von Choltitz a week later at his headquarters in the Hôtel Meurice, in a rage, screaming, “Brennt Paris?” (“Is Paris burning?”) By another account, the question was addressed to Hitler’s Chief of Staff, Generaloberst Alfred Jodl, on 25 August at the Wolf’s Lair: “Jodl, is Paris burning?

On 15 August, the Paris police went on strike, followed on 19 August by a general insurrection led by the French Communist Party. The garrison under von Choltitz fought back but was far too small to quell the uprising. Von Choltitz brokered a ceasefire 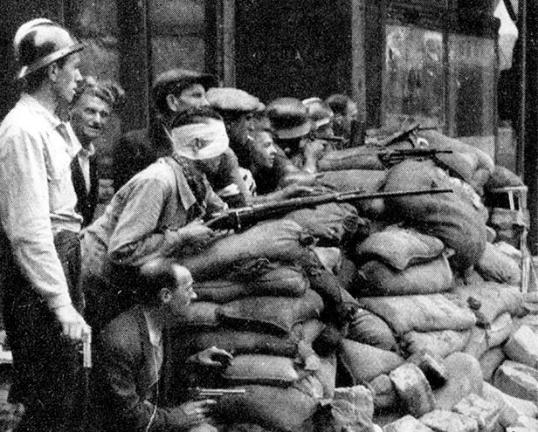 with the insurgents on 20 August, but many Resistance groups did not accept it and a series of skirmishes continued on the next day.

On 25 August, he surrendered 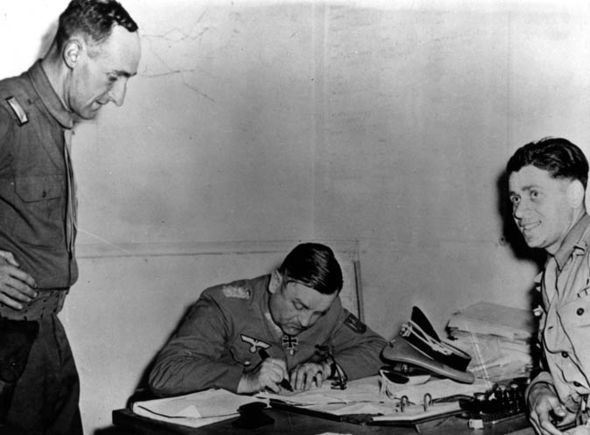 the German garrison of 17.000 men to the Free French

, leaving the city largely intact. Because Hitler’s directive was not carried out, Dietrich von Choltitz has been described by some as the “Saviour of Paris”.

General von Choltitz later claimed in his 1951 memoir that he defied Hitler’s order to destroy Paris because he loved the city, and had realized that Hitler was by then insane. It is known that the Swedish consul-general in Paris, Raoul Nordling

, held several meetings with von Choltitz, during which he negotiated the release of political prisoners. Nordling died age 80 on 01-10-1962 in Cepoy. The all-night confrontation between the two men on the eve of the surrender, as depicted in the 1965 book and 1966 film Is Paris Burning?, and again in the 2014 film Diplomacy—in which Nordling persuades von Choltitz to spare the city in return for a pledge to protect his family—was reported as factual in some contemporary newspaper stories, but lacks a definitive historical basis.

After Germany’s surrender, Dietrich von Choltitz  was transferred to Camp Clinton in Mississippi. No specific charges were ever filed against him, and he was released from captivity in 1947. In 1956 he visited his wartime headquarters at the Hôtel Meurice in Paris 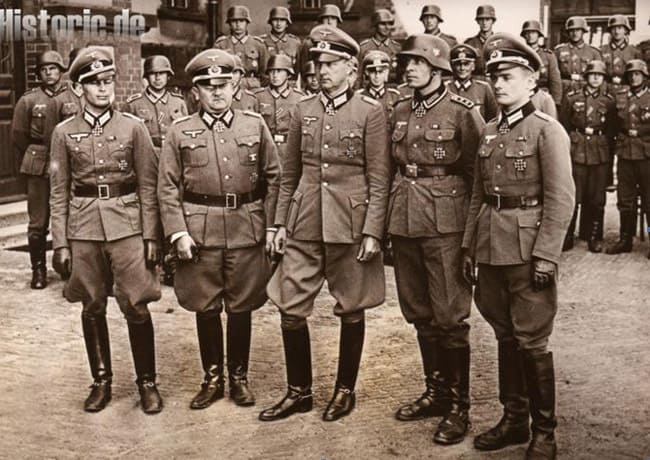 Reportedly the long-time head barman of the hotel recognized the short, rotund man with “impossibly correct posture” wandering around the bar as if in a daze. After the manager of the hotel met him in the bar, he asked to see his old room. After seeing his old quarters for no more than fifteen minutes, the old General declined the manager’s offer of champagne and left the hotel.

Dietrich von Choltitz died in November 1966 from a longstanding war illness in the city hospital of Baden-Baden. He was buried at the city cemetery of Baden-Baden

in the presence of high-ranking French officers, including colonels Wagner (Military Commander of Baden-Baden), de Ravinel and Omézon. Baden-Baden was the post-World War II French headquarters in Germany.

The Wormhoudt massacre, the mass murder of 80 British and French POWs by Waffen-SS soldiers from the 1st SS Division Leibstandarte SS Adolf Hitler
Erich Hartmann - The World's Top Ace Of All Time.