At this location on September 20, 1944 the Waal crossing was executed with 26 canvas boats by the Third Battalion of the 504th Regimental Combat Team led by Major Julian Cook. He survived the war and died at Columbia, SC on June 19, 1990, age 73.

On September 17, 1944, Major Cook jumped into Holland near the Maas-Waal Canal. After assisting in securing the canal crossing, his unit marched to Nijmegen. General James “Slim Jim” Gavin

had ordered a crossing of the Waal River during daylight hours so the Americans could outflank the German defenders, who were dug in around the city’s crucial bridges. Cook was put in charge of the crossing, was in the first wave across the river. As Cook’s first wave began their crossing, the allied bombardment began. The wind blew away the smokescreen, leaving the men in the water open and visible to the German guns. As a devout Catholic, Cook loudly recited Hail Mary during the crossing, spurring his men on under the withering fire.

He took charge of the boats, redirecting those who were disoriented and pushing the men along. Once ashore, the Parachute Infantry Regiment cleared the river bank and assaulted the highway bridge. The 3rd Battalion The 504th Regimental Combat Team was formed from the 504th Parachute Infantry Regiment, the 307th Airborne Engineer Battalion and the 376th Parachute Field Artillery Battalion of the US 82nd Airborne Division. De Waal crossing was further supported by covering fire from the 153rd Field Regiment Royal Artillery and Sherman tanks of the Grenadier Guards.

I met one of the crossing survivers, Lieutenant Colonel Jim “Maggie” Megellas.

During the Waal crossing 48 American soldiers were killed. Remarkably, not 48 but 49 names are on the stone. That is the result of an error discovered by historian Frank van Lunteren and as described by reporter Dorine Steenbergen from De Gelderlander during her research for a book about the Waal crossing. 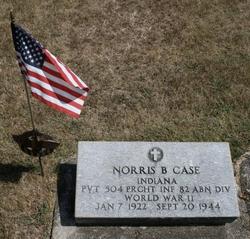 , who was killed at the crossing, but until recently was not listed on the Roll of Honour. On that list, but wrongly, was Gerald Page Hereford who died later. That name is still on the new memorial out of piety, which now has 49 names.