The Siegfried Line was a series of fortifications on the western border of Germany, stretching more than 390 miles from Kleve, near the Dutch border, all the way to Weil am Rhein near the border of Switzerland. Called the Westwall by the Germans, it was built between 1938 and 1940 and is made of more than 18.000 pillboxes and tank traps.

The fortifications were built in several distinct construction phases. The first of which was the Pioneering Program of 1938 which consisted of small pillboxes with 20-inch thick walls and three forward facing embrasures.

The next phase was the Limes Program of 1938 which consisted of much stronger and larger bunkers with ceilings and walls 5 feet thick. 3.471 of these (known as Type-10 bunkers) were built all along the length of the Siegfried Line. These had a central room or shelter for 10 to 12 men with backward facing stepped embrasures and entrance, and a slightly raised combat section with forward and side facing machine gun embrasures. 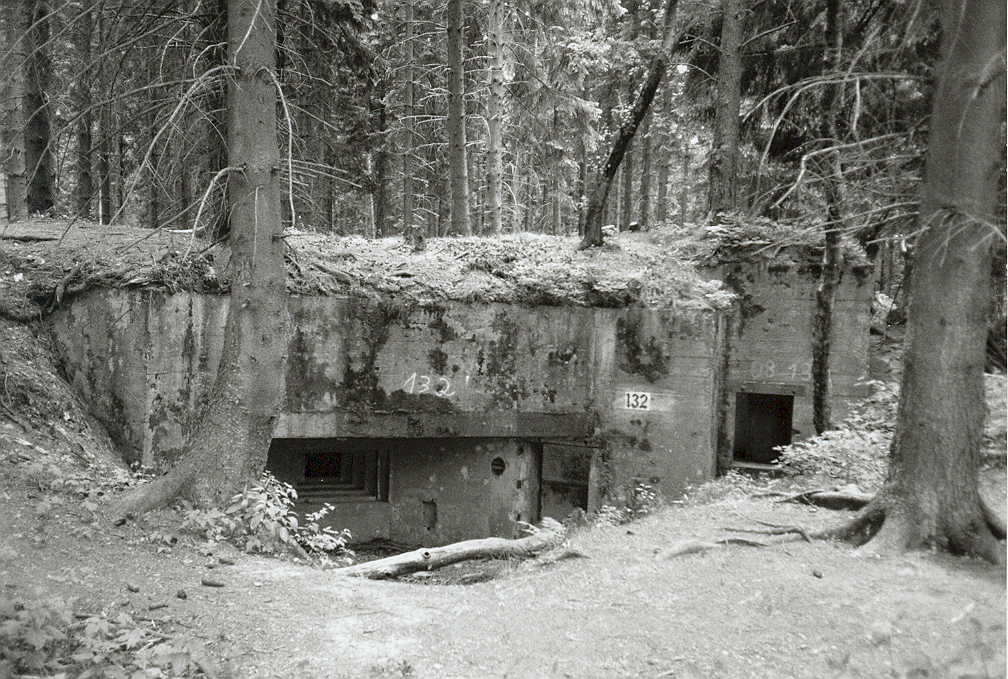 In 1940 the Aachen-Saar Program was constructed which was similar to the Limes Program except it featured bunkers with thicker walls (up to 11 feet) and no forward embrasures in most cases. Instead they had machine gun embrasures on the sides. These were built near the towns of Aachen and Saarbrücken, generally west of the Limes Program fortifications.

The Western Air Defence Zone consisted mainly of concrete flak towers which were protected at close range by bunkers of the Aachen-Saar Programs. These generally were built parallel and to the east of the other fortifications.

The Geldern Emplacement extended the length of the defenses northward from Brüggen to as far north as Kleve and consisted mainly of unarmed but strongly constructed concrete bunkers. Unlike the other programs, this one was not completed until the war had actually started.

Tank traps were also built for many miles along the Siegfried Line. These consisted of truncated pyramids of reinforced concrete standing in rows on a single concrete foundation, each one three to four feet tall. These foundations extended several meters below ground level to discourage attempts at tunneling. Commonly called “dragon’s teeth” they were designed to slow down and funnel tanks into kill-zones where they could be picked off by anti-tank weapons. Mines and barbed wire were placed in the spaces between the individual teeth. Allied troops attempting to advance beyond the Siegfried Line often found multiple rows of dragon’s teeth with crossing fire from interspersed pillboxes. The Allies employed combat engineers and specialized clearance vehicles to breach these tank traps and they proved to be far less effective than originally expected. 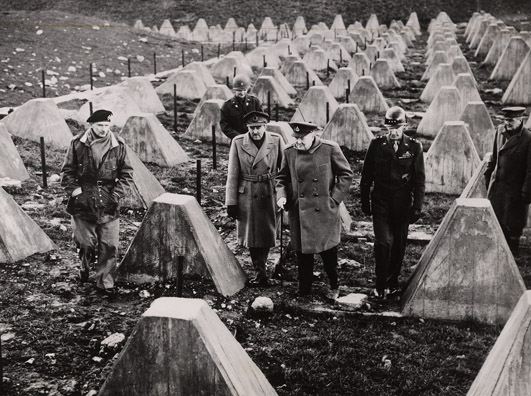 American units serving under British and Canadian command during the campaign incurred approximately 11.000 casualties, bringing total American losses to approximately 68.000. To this figure should be added the number of so-called nonbattle casualties—those evacuated because of fatigue, exposure, accidents, and disease.