He was viewed as Hitler’s finest General, admired even by the Allies for his skills as a military leader. But to one captured British soldier, Erwin Rommel

was the man who saved his life – and gave him beer and cigarettes.

from the Royal Engineers, has told how he was introduced to the ‘Desert Fox’ after being taken prisoner in France.
He had been caught during a covert night-time reconnaissance mission ahead of the D-Day landings. Without uniform or identification due to the secrecy of the operation, he was treated as a spy and told he would be shot.

But Field Marshal Rommel requested a meeting with the new prisoner and asked the Brit if there was anything he needed. 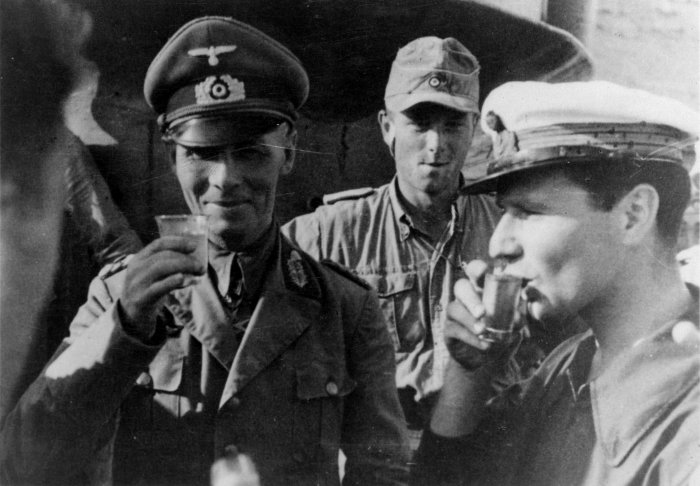 Captain Wooldridge said he replied: ‘A good meal, a pint of beer and a packet of cigarettes.’ To his astonishment he was then ushered into Rommel’s mess, where all three items were waiting for him.

as a souvenir and will recount his adventure on Sunday’s edition of Antiques Roadshow. He said: ‘I was told that Rommel always wanted to meet men who had been doing something unusual when they were captured. 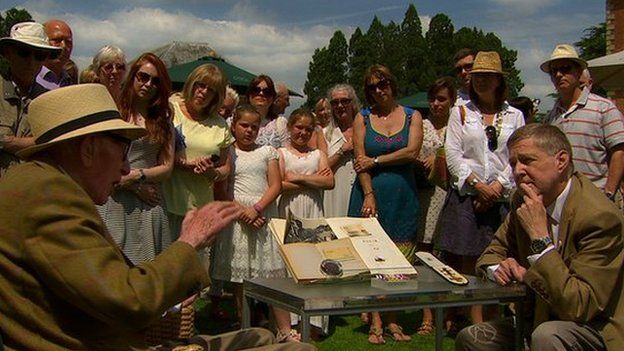 ‘I was meant to have been shot. I was told on several occasions during my interrogation that is what would happen unless I talked. Adolf Hitler had issued orders that commandos were to be shot but Rommel declined to obey that instruction. Rommel saved my life. He was a very fine German and a clean fighter.
As well as the cigarette packet, Captain Wooldridge’s Military Cross

will also be on display on the show.

He is told by the programme’s experts that his collection is worth as much as £10,000 – but to applause from onlookers, he responds: ‘Not for sale.’ Captain Wooldridge was awarded the MC for a death-defying mission to clear a path through a minefield in Alamein while under mortar fire, and the Bar for his role in Operation Tarbrush, the mission that led to his capture.
The operation took place during a remarkable two weeks in which he got married, met the King to receive his MC, was captured and encountered Field marshal Erwin Rommel. Captain Wooldridge, from Hendy, Glamorgan, said: ‘I was on my honeymoon in London and … there was a telegram asking me to report to my unit immediately and that Mrs Wooldridge was not to travel with me.

Reconnaissance photos had spotted these obstacles just below the waterline and they couldn’t determine from the pictures what they were. ‘They suspected they were some form of mine.’ Roy Wooldridge joined a group of four to carry out a series of covert night-time inspections – but on the last mission, they were seen by a German boat and captured.

He recalled: ‘We were taken to a house and interrogated for two weeks. They wanted to know what we had been doing but I didn’t say anything. ‘After that I was taken to a chateau and given a cup of tea and some cake. I was told to have a wash and smarten up because I was going to see someone very important.

‘I was marched into a room and there behind a desk was Rommel. I recognized him immediately because I had studied photographs of him while in the Western Desert.’ He continued: ‘Rommel asked me what I was doing in France but I didn’t say anything. He then asked me if there was anything I required. 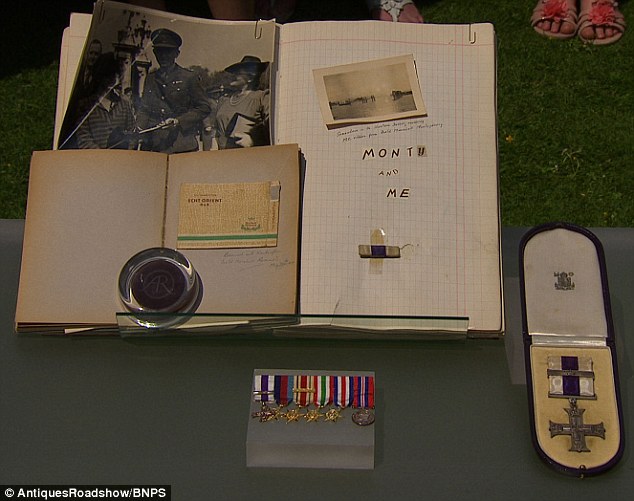 ‘I just said I could do with a pint of beer, a packet of cigarettes and a good meal. Then I was dismissed. ‘I was taken to his mess and served by his waiter and on the table was a stein [mug] of beer

, cigarettes and a plate of food. I couldn’t understand it.’

Roy Wooldridge was taken to a PoW camp in northern Germany where he remained for the rest of the war. He went on to become principal of Derby College of Art and Technology. His wife Phyllis died 25 years ago, and he has two sons and three grandchildren. Rommel was forced to commit suicide in 1944 after being implicated in a plot to kill Hitler. He took his own life after assurances by the Nazis that if he did so, his family would be unharmed.

What did the German soldiers of WWII think of British, US, Canadian, and Soviet soldiers?