in the Class of1916, he was commissioned in the Field Artillery at Camp Fort Bliss, Texas. As ADC to General Payton Conway March,

. Next, Reinhart commanded 1st Battalion, 17th FA, 10—07-1918, Battles of Soissons, Ypres-Lys, and Meuse-Argonne. Reinhart was awarded the Army Distinguished Service Medal for his actions in combat during World War I. On 04-08-1919, Reinhart returned to the U.S., where he married Jeannette Crane of Toledo, Ohio, on May 05-05-1920, at West Point, New York. They had a son and daughter and between World War I and World War II he served three years as an instructor of field artillery tactics at the United States Military Academy; four years in the Command and General Staff School and Army War College; two years as instructor at the Field Artillery School; three years General Staff with troops in Hawaii; and four years as Treasurer at West Point. After the Japanese attack on Pearl Harbor, he as a Brigadier General from 16-02-1942 on, he commanded the 25th  Division Artillery

, defending the shores of Oahu. On 06-12-1942, Reinhart sailed for Guadalcanal to participate in operations that would ultimately help terminate hostilities there. Ordered home to the U.S. by the War Department on 22-04-1943, he landed at San Francisco on April 26. From 01-07-1943 to 18-12-1944, Reinhart organized and trained the 65th  Infantry Division, nickname “Battle Axe”

at Camp Shelby, Mississippi. On 10-01-1945, as the Commanding General of the 65th, he sailed to the European Theater of Operations (ETO). He joined General Georg Smith Patton Third Army at the Sarre River, and fought with it across Germany and Austria. Under his leadership, the 65th  Infantry managed forced crossings of the Fulda, Werra, Danube, Inn, Traun, and Enns Rivers. His soldiers took the German cities of Saarlautern, Neunkirchen, Oberursel, Friedberg, Hattenback, Bebra, Rottenbur (Bavaria), and Passau, as well as Schärding, Eferding, Linz, and Enns in Austria. His men captured the German Danube Flotilla and the Hungarian Navy, consisting of 25 armed ships and over 400 other craft. At the end of combat, Reinhart and the 65th Infantry Division were over 100 miles (160 kilometers) east of a north and south line through Berlin. The General Walter Gorn

commander of the 710th Infantry Division surrendered to Major General Stanley Eric Reinhart’s 261st Infantry Regiment.” Walter Gorn died age 69, on 10-07–1969 in Rosenheim. Fighting in Europe was to end at midnight on 8 May. By now a Major General, Reinhart arrived in Erlauf, a hamlet in Austria, where he met the Soviets and shook hands with his counterpart 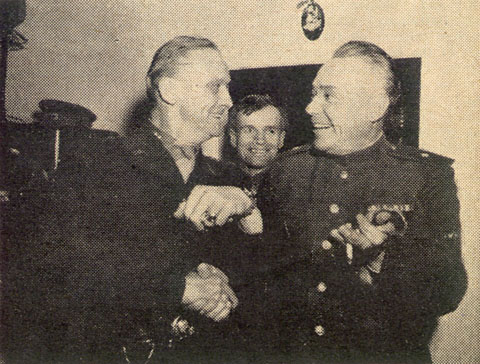 . Casualty figures for the 65th Infantry Division, European theater of operations in 55 days of combat, total battle casualties: 1.230 and total deaths in battle: 260. In addition to commanding his own troops, Reinhart was soon appointed as Military Governor of Upper Austria  Reinhart continued to reside in Linz, where the 65th  Infantry Division, and subsequently the 26th Infantry Division, nickname “Yankee Division“

had its headquarters. During World War II, the 26th Infantry Division spent 199 days in combat. During that time, it suffered 1.678 killed in action, 7.379 wounded in action, 740 missing in action, 159 prisoners of war, and 6.895 non-battle casualties, for a total of 16.851 casualties during the conflict. Soldiers of the division received two Medals of Honor, and won 38 Distinguished Service Crosses, seven Legions of Merit, 927 Silver Star Medals, 42 Soldier’s Medals, 5.331 Bronze Star Medals, and 98 Air Medals. The division returned to the United States and inactivated at Camp Myles Standish, Massachusetts on 21-12-1945. 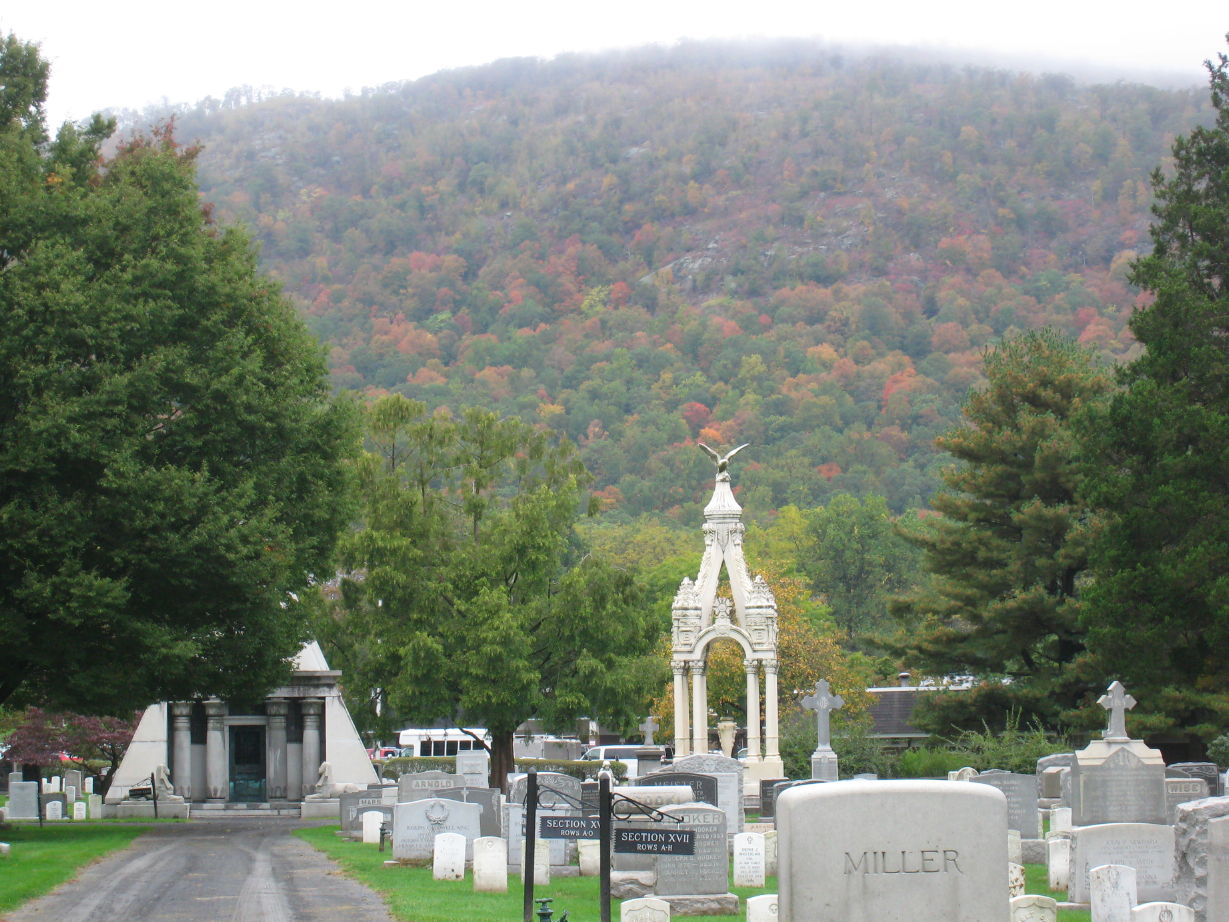 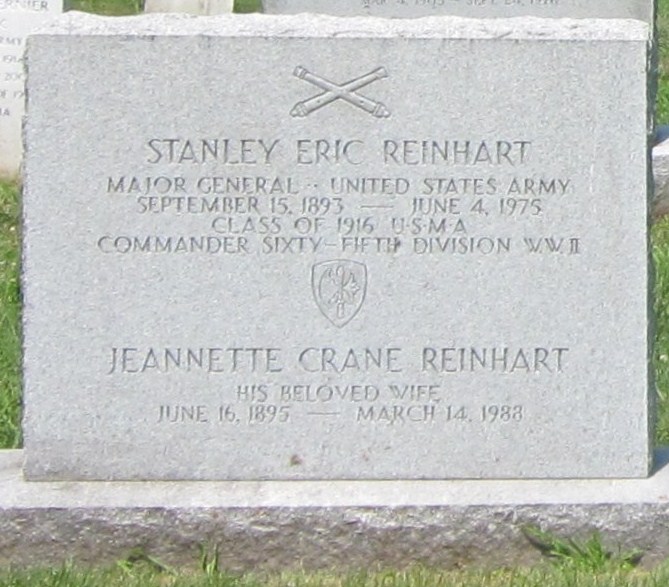