He joined the army and by 1920 he held the rank of Captain in the Infantry. He attended the Command and General Staff School in 1933. On 01-05-1937 he was promoted to Major Perrin detailed in the Adjutant General’s Department from 1934 till 1938. After the attack on Pearl Harbor

in 1941, which brought America in the world at war, Perrin, now Colonel was promoted to Brigadier General and assigned Assistant to the Division Commander of the newly formed 106th Infantry Division, nickname “Golden Lion ”

in March of 1943. At the end of the war the division had seen 63 days of combat. It had suffered 417 KIA, 1.278 WIA, and 53 died of wounds. It lost 6.697 personnel taken prisoner. Of that total, 6.500 POWs were eventually returned to American military control after being released at war’s end. The remainder were listed MIA. When Major-General Alan Jones

suffered a serious heart attack during the Battle of the Bulge, General Perrin assumed command of the 106th until 07-02-1945, when he was succeeded by Major General, Commander 106th Infantry Division “the “Golden Lions”, Donald A. Stroh 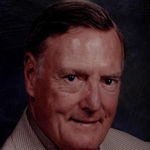 General Herbert Perrin passed away at his home in Gambier, Ohio on 09-06- 1962 of a stroke suffered 4 days before. His body was shipped to Arlington National Cemetery in Arlington, Virginia where his funeral was held on June 12 with full military honours. During his military career, General Perrin was decorated with the Distinguished Service Cross, the Legion of Merit, the French Legion of Honor and the Croix de Guerre with palms. Perrin rest, age 69, with his wife Anne, born Wilby, who died in 1960, in Section 2.