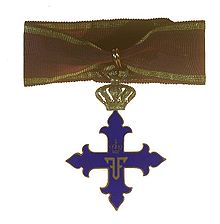 01-11-1938 he is transferred to Chief of the 8th Company of the 36th Panzer-Regiment and involved in the battles for Poland, West and East Front. Langkeit was four years on the Eastern Front and promoted to to Major on 01-01-1942 for his excellent leading in the decisive battle for the bridgehead of Alexandrowska. Major Langkeit is assigned as commander of the II Battalion of the 36th Regiment and received the Ritterkreuz.

He with his Regiment closed the pocket around Charkow which brought the Russian a great lost of men and material. For his leading he now is awarded with the Knight Cross of the Iron Cross, on 09-12-1942 and on 01-12-1942 promoted to Oberstleutnant. He becomes the commander of the Panzer Regiment “Gross Deutschland”

He participated in the battle of Stalingrad, was trapped in the pocket and was lucky to leave by plan at the end, He flew out of the Stalingrad encirclement with a Heinkel IIIl

. He lands in the Brigade Reserve “Grossdeutschland”, under General der Panzertruppe, Hasso von Manteuffel and joined with his Kampfgruppe Langkeit, 4.750 men and Jagdpanzer and Artillery, the battles for Sternberg. He had to release the SS Mountain Corps under Friedrich Krüger around Sternberg, Krüger committed suicide age 51, on 09-05-1945 and Langkeit succeeded to make contact with this SS Corps. On 01-06-1944 he is awarded by the Romanian king with the  decoration “King Michael the Brave” third Class. His Kampfgruppen was refreshed in the region of Cottbus and transferred into the Panzergrenadier-Division “Kurmark”

He is promoted to Major General on 20-04-1945 on day before Hitler’s last birthday. In the retreating battles near the River Oder, the Division loses half his strength and only few reached the save American lines. Langkeit himself landed also in American prison, on 05-05-1945 and transferred to British captivity from 25-05-1945 until 08-07-1947. After the war Langkeit is allowed in the new Bundeswehr

and retired on 30-06-1967. He is in the guard of honor as former Chancellor Konrad Adenaur