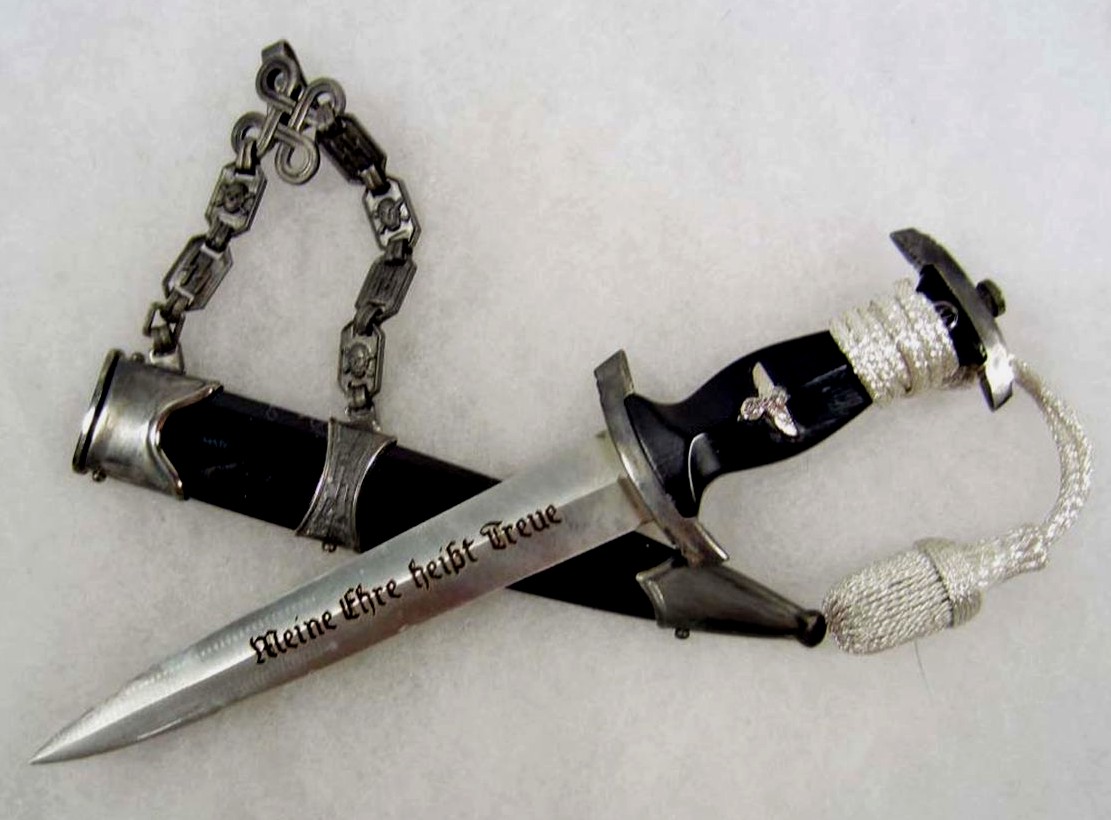 . After leaving school he worked in an office. Junge joined the SS in 1933. In 1934 he volunteered for the 1st SS Division Leibstandarte SS Adolf Hitler

and in 1936 he joined Hitler’s escort commando . In 1940 Junge became a valet and orderly to Hitler and met Traudl Junge

, who was Hitler’s last private secretary. However, as Traudl Humps, Hitler’s secretary, pointed out: “To say valet doesn’t really cover it – the post was more like that of household manager, travelling companion, butler and maid-of-all-work combined. The valet on duty had to wake Hitler in the morning, that is to say knock at his bedroom door, announce the precise time, and give him the morning news. He also had to decide on the menu for the day, fix mealtimes, pass instructions on to the kitchen, and serve the Führer when he ate. He was in charge of a whole staff of orderlies who looked after Hitler’s wardrobe and had to clean the rooms and run the establishment, and he made appointments with the dentist and barber and supervised the care of the dog.”
Humps began a relationship with Traudl Junge. In her autobiography, To The Last Hour: Hitler’s Last Secretary (2002)

, she pointed out: “By now it was no secret in our close-knit circle that I was on particularly friendly terms with Hans Junge. If I excused myself from a meal it was usually when Linge was on duty, so that Hans Junge and I could take long walks in the mountains together, or go on expeditions to Berchtesgaden or Salzburg. But not only was Julius Schaub

as naturally nosy as a washerwoman, he was always on the look-out for subjects of conversation to serve up to the Führer at breakfast. However, while gossip about little love affairs might be very interesting, that wasn’t really what the Supreme Commander wanted.” Junge was second to SS Obersturmbannführer, Heinz Linge,

and here with bodyguard Bruno Gensche.

were the witnesses. Hitler agreed that the couple could marry: “Well, I certainly do have bad luck with my staff. First Christa Schroeder

marries Da ta and takes my best secretary away, then I finally get a really good replacement, and now Traudl Humps is leaving me too and taking my best valet with her into the bargain.” Hitler then said to Humps:”But you’ll be staying with me for the time being. Junge insists that he wants to go to the front, and while you’re on your own you can carry on working for me.” On 14-07-1943, he joined the Waffen-SS. About Junge’s going to the front, his wife Traudl wrote in her memoirs: Junge here with Otto Günsche, Hitler’s personal adjutant

was one of the few people to realize that in the long run, Hitler’s ideas would have such an effect on you that in the end you would not know what you had thought of yourself and what due to outside influence. Hans Junge wanted his sense of objective back. He had applied several times to go to the front, which was the only way he could give up his job with Adolf Hitler (did you know).

The following year, on 18-06-1944, age 30, shortly after D-Day, he died in combat as an SS-Obersturmführer with the 12th SS Panzer Division “Hitlerjugend” or for the Americans  the “Baby Division”

in a low flying aircraft attack in Dreux, Normandy. In all, the 12th SS Panzer Division Hitlerjugend suffered a total of 8.569 casualties out of a strength of 20.540 men; a casualty rate of 42%. It had also lost 94% of its armour and almost all of its artillery.

According to Lehmann and Carroll, “Hitler had liked Hans Junge and was so upset by his death that he broke the news to Traudl Junge personally.” I was taken into the little room that had once been Fraulein Schroeder’s living room. Now it was a temporary study for Hitler. How gloomy and sober the room looked now. Once Linge had closed the door behind me Hitler came towards me without a word. He took both my hands and said, “Oh, child, I’m so sorry. Your husband was a splendid fellow.” His voice was very soft and sad. I almost felt sorrier for Hitler than for myself, because it’s so difficult to express sympathy. “You must stay with me, and don’t worry, I’ll always be there to help you!” Suddenly everyone wanted to help me, and I felt like running away. Ten days later on 28-06-1944,  Waffen SS General, Commander 7th Army, Friedrich Dollmann