the son of Alvin Cullom Gillem (1865-1935) and his wife Lilian Courts Cummins Gillem ( 1867-1910). After attending the University of Arizona in 1908, Gillem enlisted in the Regular Army in 1910 and served both as a private and a corporal with the 17th Infantry at Fort McPherson.

On 11-02-1911, while still at Fort McPherson, he was appointed a second lieutenant of Infantry. He served in the Philippines and later served under Brigadier General John Joesph “Black Jack”. Pershing

on the Mexican Border in 1916. During World War I, Gillem served with the American Expeditionary Forces in Siberia for eight months from 1918 to 1919.In 1923, Captain Gillem attended the United States Army Command and General Staff College. Following this, he was promoted to major. Gillem was promoted to lieutenant colonel and commanded an infantry battalion for two years. Then he commanded the 66th Infantry Regiment (Light Tanks) for 10 months, the only armored regiment in the United States Army at the time. He was promoted to Brigadier General in January 1941 and then given command of the 2nd Armored Brigade. He became the first Commanding General of the 3rd Armored Division

from April 1941 to January 1942, dubbing it the “Spearhead” division. He received promotion to Major General in December 1941.During the Second World War, Gillem, here second from left

was a Major General with the XIII Corps

. The XIII Corps fought for 180 days in the European Theater of Operations, fighting from the Netherlands to the Elbe River. The corps officially met with the Soviet troops in Gartow where General Gillem met with Lieutenant General Oslikowski 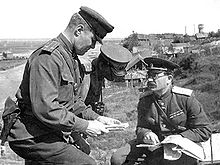 of the 3rd Cavalry Corps of the Red Army. Gillem’s son, then colonel, Alvin Cullom Gillem II, a flying fighter, 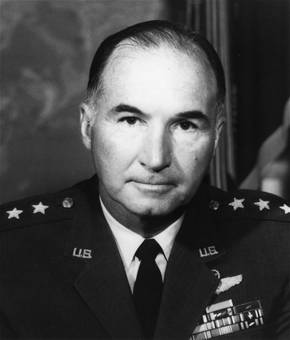 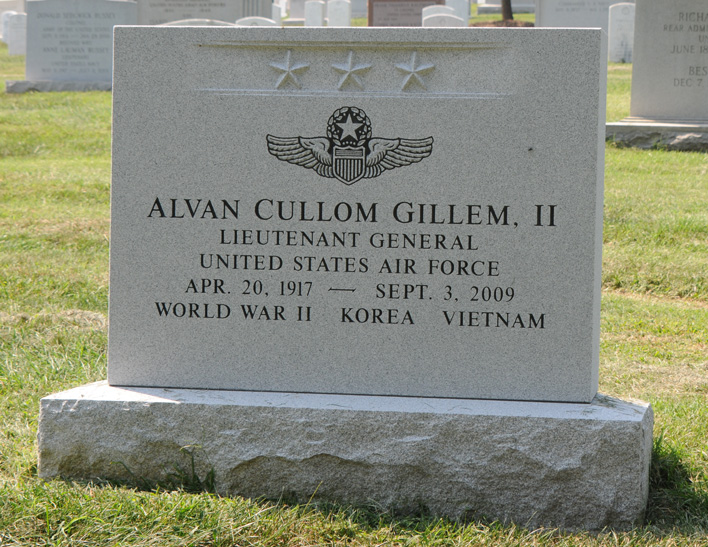 flying the British Spitfire and the American P-51 Mustang, was credited with destroying three enemy planes in aerial combat. He would become a Lieutenant General later too. Gillem II died very old age 92, on 03-09-2009 and buried on Arlington. In November 1944, the XIII Corps pierced the Siegfried Line and pushed to the Roer River. On 23-02-1945, the corps routed Third Reich forces in the Cologne Plain and made a dash for the Rhine River on 31 March of that year. General Walter Model committed suicde there In 180 days of combat, the corps had progressed as far as the Elbe River to the vicinity of Tangermunde, bringing it to approximately 50 miles from Berlin, Joseph Goebbels (did you know)

was also Gauleiter of Berlin, the closest American forces would come to the enemy capital before VE Day. He was also Commanding General of the 3rd Armoured Division, nicknamed “Spearhead”

, nickname “Spearhead” and he was succeeded by General Walton Walker.

The first elements of the 3rd Armored in France saw combat on 29-06-1944, with the division as a whole beginning combat operations on 09-07-1944. During this time, it was under the command of VII Corps, nicknamed “The Jayhawk Corps”

and the 12th Army Group

for the duration of its career. By V-E Day, the Twelfth Army Group was a force that numbered over 1.3 million men. General Gillem later served as assistant to General George Catlett Marshall

on a Presidential mission to China, where he became special assistant to the commander of the United States forces in Nanking, commander of the China Service Command in Shanghai.
Gillem’s grandfather, Alvan Cullem Gillem

graduated from West Point in 1851. He served in the Civil War with the Union Army, finishing the war as a brevet Major General of United States Volunteers. Gillem’s parents were Colonel Alvan Cullom Gillem, Sr.,

a cavalry officer in the United States Army, and Bessie Coykendall. Both were buried at Arlington National Cemetery. Gillem had three children: Alvan, Richard, and Mary. The elder son, Alvan Cullem Gillem II, was born in Nogales, Arizona, in 1917, and became a Lieutenant General in the United States Air Force, Gillem’s second son, Richard D. Gillem,

became a lieutenant colonel in the army.

Alvan Gillem, died at the old age of 84, on 13-02-1973, in Atlanta, Georgia and is buried with his wife Virginia, L, born Harrison, who died age 68 on 25-10-1964, on the Arlington National Cemetery, Section 6. In Section 6 are also buried the Major General, Commander 44th Artillery Division,  William Beiderlinden and Major General, worked with Garand on the Development of the machinegun, Guy Drewry.