united statesArmyBrigade General
Davis, Benjamin Oliver Sr., born on 01-07-1877 in Washington DC, was the first African-American General in the United States Army. On 14-06-1899, Davis enlisted in the Regular Army. He was assigned to Troop I, 3rd Squadron, 9th Cavalry at Fort Duchesne, Utah, first as the troop’s clerk and then as squadron sergeant major. Davis was assigned to the Tuskegee University, Alabama, as the Professor of Military Science and Tactics from 1920 to 1924. He then served for five years as an instructor with 2nd Battalion, 372nd Regiment, Ohio National Guard

, in Cleveland, Ohio. Davis was promoted to Brigadier General on 25-10-1940 and President Franklin Delano Roosevelt appointed him to the first African-American General in the United States Army. In World War II, Davis headed a special section of the Inspector General’s Department dealing with racial issues involving U.S. troops. During the Battle of the Bulge in December 1944, Anthony McAuliffe

defended Bastogne, he convinced General Dwight Delano Eisenhower to accept the integration of black platoons into white units, a temporary breakthrough in the army’s traditional segregation by regiment. Only 79.000 black soldiers were fighting in the 504.000 strong overseas units, despite an alarming shortage of soldiers. The Battle of the Bulge involved about 610.000 American men, of whom some 89.000 were casualties, including 19.000 killed. It was the largest and bloodiest battle fought by the United States in World War II. The United States Army suffered 318.274 killed and missing in all theatres of the war. During World War II, most U.S. black soldiers still served only as truck drivers and as stevedores (except for some separate tank, tank destroyer, and artillery battalions as well as in Army Air Force fighter units). In the midst of the Battle of the Bulge, General Eisenhower was severely short of replacement troops for existing military units which were totally white in composition. Consequently, he made the decision to allow African American soldiers to pick up a weapon and join the white military units to fight in combat for the first time. More than 2.000 black soldiers had volunteered to go to the front. This was an important step toward a desegregated United States military. A total of 708 African Americans were killed in combat during World War II. Although Eisenhower agreed to the essence of Davis’s proposal, he preferred to follow existing segregation policy and directed that black units be grouped together into platoons and placed into white companies to fill combat needs. Davis retired in 1948 after fifty years of service. His son, Benjamin O. Davis, Jr., became America’s first black Lieutenant General. In 1998, then 85 years old retired, General Davis was awarded a fourth star by President Bill Clinton. 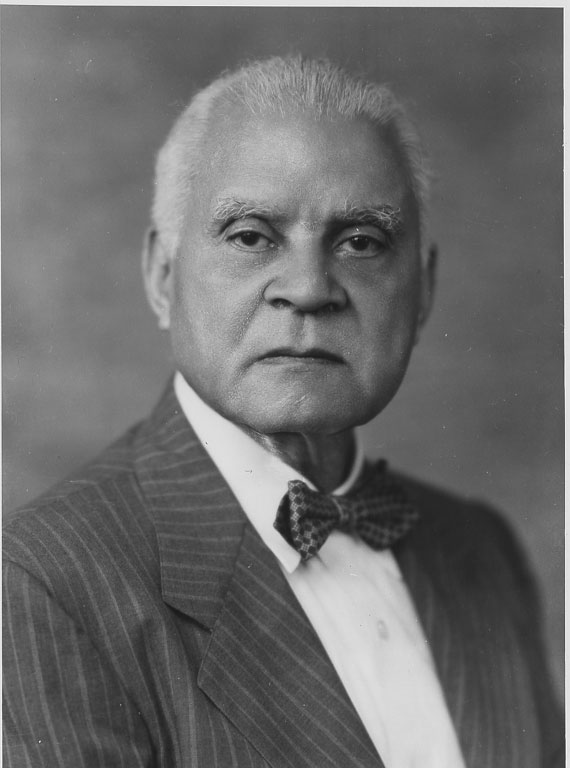 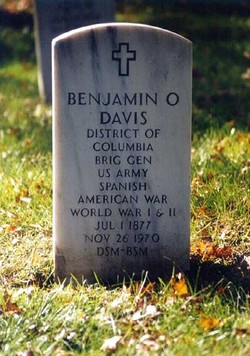