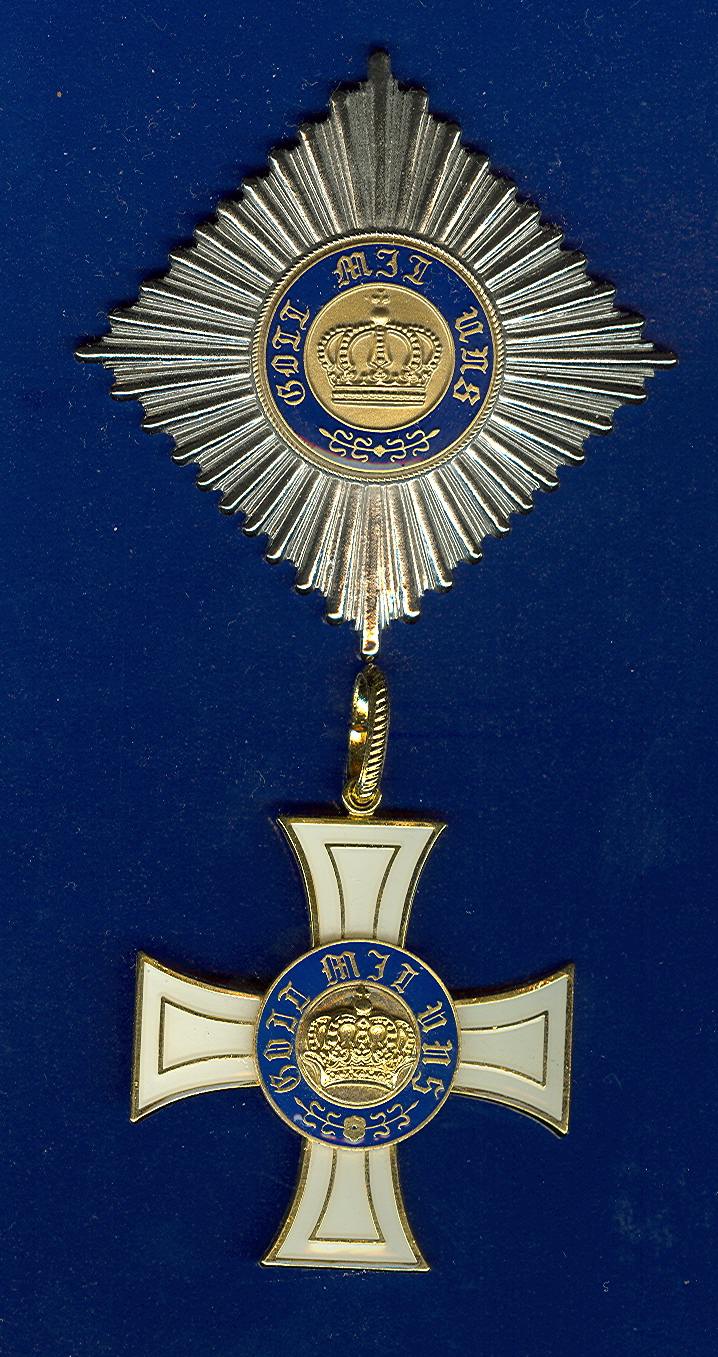 into a French diplomatic family. Pierre was the only son of Madeleine Carlier from Lorraine and Jacques Clostermann from Alsace. At the age of nine he was sent to Paris where he was educated until his return to Brazil in 1937. Clostermann was also a sporting fisherman of international repute. After receiving flying tuition from German pilot Karl Benitz (died in 1943, Russia), he completed his secondary education in France and gained his private pilot’s licence in 1937. On the outbreak of war the French authorities refused his application for service, so he travelled to Los Angeles to become a commercial pilot, studying at the California Institute of Technology. Clostermann joined the Free French

Air Force Britain in March 1942. Between 27 May and 4 June 1939 around 200.000 British soldiers and 140.000 French troops were successfully evacuated from the beaches to safety in England and  3.700 men operating as an auxiliary force to the British Royal Navy

.  In the summer of 1940, as Britain fought the Battle of Britain, around a dozen free French pilots volunteered in the RAF to help fight the Luftwaffe; for comparison, about 140 Polish pilots did the same (though it should be noted that Polish airmen and pilots had had much more time to join the allied cause, since October 1939, and had begun to create an embryonic independent air force in France during the Phoney War. After training at RAF Cranwell

. René Mouchotte, age 29, was shot down and killed in combat with Fw 190s of JG 2 during Ramrod S.8, escorting Flying Fortresses on the first daylight raid to Blockhaus d’Éperlecques in the Pas de Calais on 27-08-1943. His body was later washed ashore on 3 September and was buried in Middelkerke, Belgium. After the War in 1949, his body was exhumed, repatriated and buried in the family tomb at Père Lachaise Cemetery in Paris on 3 November after a memorial service with full military honours conducted at Les Invalides in Paris.

Clostermanne scored his first two victories on 27-07-1943, destroying two Focke Wulf Fw 190’s over France. In October 1943, Clostermann was commissioned and assigned to No 602 Squadron RAF, nickname “Glasgow’s Own”

under command of of Squadron Leader Geoffrey Wellum

remaining with the unit for the next ten months. George Wellum surviverd the war and died on 12-08-1952 aged 36 from a cerebral thrombosis. At his own request he was buried at sea off Pemba, his funeral procession being attended by about a thousand people.
Clostermann flew a variety of missions including fighter sweeps, bomber escorts, high-altitude interdiction over the Royal Navy’s Scapa Flow’ base, and strafing or dive-bombing attacks on V-1 launch sites on the French coast. Clostermann served through D-Day and was one of the first Free French pilots to land on French soil, at temporary airstrip B-11, near Longues sur Mer, Normandy on 18-06-1944,

touching French soil for the first time in more than four years. Clostermann was awarded the Distinguished Flying Cross

, shortly afterwards, after which he was reassigned to French Air Force Headquarters. In December 1944, Clostermann returned to the front line, on secondment to the RAF as a supernumerary Flight Lieutenant. Clostermann joined No 274 RAF Squadron

flying the new Hawker Tempest Mk V. In an aircraft which he dubbed Le Grand Charles, Clostermann flew an intensive and highly successful round of fighter sweeps, airfield attacks, “rat scramble” interceptions of Messerschmitt jet fighters, and rail interdiction missions over northern Germany over the next two months. In March 1945, Clostermann briefly served with No. 56 Squadron

before a transfer to No. 3 Squadron. On 24-03-1945, he was wounded in the leg by German flak and after belly-landing his badly damaged aircraft, he was hospitalized for one week. From April 8, he was commander of A Flight, No 3 Squadron RAF.

Clostermann was awarded a Bar to his DFC for his successful tour of duty. He had to bail out for the first time on 12-05-1945, when during a victory fly past, a Tempest collided with his aircraft, and as a result of this horrific collision the four planes of his flight went down, with three pilots dying. Clostermann’s parachute opened just a few yards above ground. Clostermann continued operations with No. 122 Wing RAF, nickname “Tempest Wing”

until he left the military altogether on 27-07-1945, rank Wing Commander. In his 432 sorties, Clostermann was credited officially with 23 victories, 19 solo, 14 shared, most of them against fighters and five “probable’s”, with eight more “damaged”. He also claimed 225 motor vehicles destroyed, 72 locomotives, five tanks and two E Boats, fast torpedo boats. After the war, Clostermann continued his career as an engineer, participating in the creation of Reims Aviation, supporting the Max Holste Broussard prototype

, acting as a representative for Cessna, and working for Renauld. In parallel, Clostermann had a successful political career, serving eight terms as a député, Member of Parliament, in the French National Assembly between 1946 and 1969. He also briefly re-enlisted in the Armée de l’Air in 1956–57 to fly ground attack missions during the Algerian War. He subsequently wrote a novel based on his experiences there, entitled “Leo 25 Airborne”

. During the 1982 Falklands War between Argentina and the UK, Clostermann apparently praised Argentine pilots for their courage, perhaps as a result of personal ties formed while Argentine Air Force pilots were being trained in France in the 1970s. As a result of this perceived “betrayal” of the RAF

, Clostermann attracted hostility from parts of the English press. He also attracted controversy in France for his vehement anti-war stance in the run-up to the 1991 Gulf War. Clostermann was also a sporting fisherman of international repute.

He became close friends with the German Flyer Ace, Oberst, Hans Ulrich Rudel, his former one leg war opponent, they met often and he was the godfather of his son Christoph and was present on his funeral when Rudel died.

Pierre Clostermann, who was married

and who had three sons, died old age 85 on 22-03-2006, in his home in Montesquieu des Alb1eres, France. Pierre Clostermann in Algeria. June 1956 during the Algerian conflict, Pierre aviator, politician, and novelist seated in French army uniform at home surrounded by his three children, his wife and his dog. He is holding a cigarette in his hand.

He is buried on the cemetery de Saint German, Chesnay, France. 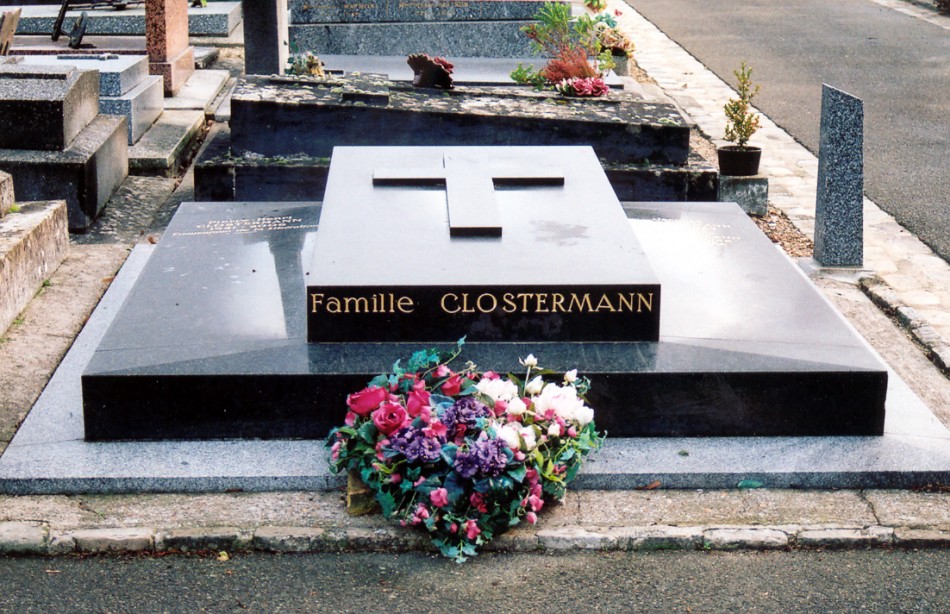