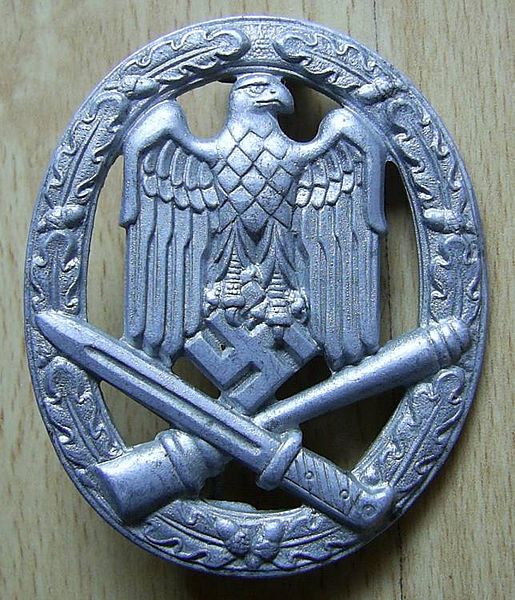 was a German career military officer and Panzer commander in World War II. Von Broich was a nobility officer candidate, as he entered the Army, on 02-07-1914, in the 2nd Pommerische Ulanen Regiment

and after the outbreak of the first world war, after Fähnrich, promoted to Leutnant. He participated in the war in 1915 on the Western front and in 1916 on the Eastern front, where he is wounded

, promoted to Oberleutnant. He remained in the Reichswehr and joined World War II on the Western Front, as commander of the 34th Information Regiment. He is again promoted, now to Oberst and with the 22nd Cavalry Regiment involved in the invasion of Russia

. He lands for one month in the Führer Reserve (see Adolf Hitler) (did you know) and with the Division “Von Broich” transferred to Africa, under Generalfeldmarschall der Panzertruppe, Erwin Rommel.

Now promoted to Generalmajor in February 1943, with the command of the 10th Panzer Division

.  Several Wehrmacht officers who had served in the 10th Panzer Division

were active in the German Resistance against Adolf Hitler and were imprisoned or executed after their unsuccessful attempt to assassinate him in the July 20 Plot of 1944. General der Panzertruppen Ferdinand Schaal

, active in the resistance and imprisoned until the end of the war, but survived. He died age 73, on 09-10-1962 in Baden Baden. Syndikus Albrecht von Hagen

active in the resistance and executed after the failure of the July 20 Plot, age 40 on 14-08-1944 and Oberst der Kavallerie, Chef des Stabes, Graf Claus Schenk von Stauffenberg

, who placed the bomb that was intended to kill Hitler at Wolfsschanze

. He was executed on 20-07-1944, age 36 and later became a symbolic figure of the German Resistance. They also took part in the failed Axis offensive of Operation Ochsenkopf in late February 1943. When the Axis line collapsed in May 1943, the division was trapped. It surrendered on 12 May and was never rebuilt  Also serving with the division was Unteroffizier Erich Peter,

who served from 1939 to 1943, later became Generaloberst and Deputy Minister for National Defense and Chief of the Border Police Troops of the German Democratic Republic, the DDR.  As a Generalleutnant from Mai 1943, Broich is in British captivity in Tunesien, near Gombalia.