25-07-1916, and resigned 23-08-1916. Accepting a temporary commission in the Air Service as a first lieutenant 22-07-1918, he was promoted to captain 24-09-1918, and commissioned a captain in the Air Service, Regular Army, 01-07-1920. He served at Buffalo, N.Y., and then on border patrol duty until the completion of the Mexican Border Crisis, and through the first period of the first World War. Going to Washington, D.C., in July 1918, a short time later he was assigned to Kelly Field, Texas as executive officer of the Air Service Mechanics School. Assigned to the Office of the Chief of Air Service in Washington, D.C., in January 1921, General Adler became chief of the Property Maintenance and Cost, Compilation Section for the Office of the Chief of the Air Service, with station in Fairfield, Ohio, in August 1921, and in July 1923 was named chief of the Field Service Section of the Air Corps.

Transferred to the Philippine Islands late in 1925, General Adler was assigned to Camp Nichols,

assuming command of the Philippine Air Depot there in February 1926. He became commanding officer of the Kindley Field, Fort Mills, Philippine Islands, in March 1927, remaining in the Philippines until May 1928 as special assistant to the military attack in Japan, surveying the Japanese Army Air Corps. Reassigned to Washington D.C., General Adler became a member of the Materiel Liaison Section in the Office of the Chief of Air Corps. He was named chief of the Procurement and Transportation Branch in November 1928, and transferred to the Plans Division there in July 1930. A year later he entered the Air Corps Tactical School at Maxwell Field, Alabama, graduated in June 1932; graduated from the Command and General Staff School at Fort Leavenworth, Kansas, in June 1934; and graduated from the Army War College at Washington D.C. in June 1935. General Adler was assigned to Hamilton Field, California, in August 1938, as group executive officer. He assumed command of the Seventh Bomb Group

the following November. In January 1939 he enrolled in the Naval Operations Course at the Air Corps Tactical School Maxwell Field, Alabama, and after completion proceeded to Hamilton Field as executive officer in base headquarters. He assumed command of the Ninth Bomb Squadron in September 1939. Transferred to Fort Douglas, Utah, in February 1941, he served with 20th Bomb Wing headquarters

under General Lieutenant Lewis Brereton. He also was assigned as chief of the American Section of an Anglo-American Air Mission which spent two months in Russia. Recalled to the United States in January 1943, General Adler was appointed chief of the Personnel and Training Division, Headquarters, Air Service Command, at Patterson Field, Ohio. In October 1944 he became chief of management control, Army Transport Command, at Wright Field, Ohio. 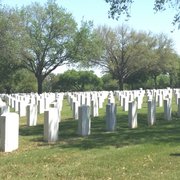