Denazification is a term used to describe the efforts made by the Allies to remove active members of the former National Socialist (Nazi) Party from official public office and influential positions in Germany after World War II.

At the Yalta Conference, U.S. President Franklin Roosevelt British Prime Minister Winston Churchill and Soviet Premiere Joseph Stalin proclaimed their desire to wipe out the Nazi Party, institutions, organizations, laws and cultural influences from German public and cultural life once they secured the surrender of Germany. This pledge was reaffirmed in the Potsdam Declaration, which stated that “all members of the Nazi party who have been more than nominal participants … are to be removed from public or semi-public office and from positions of responsibility in important private undertakings.” No guidelines were issued and the procedures and criteria were not clearly enunciated.

Denazification was carried out on the basis of questionnaires about activities during the period of Nazi rule that the suspects had to fill out. 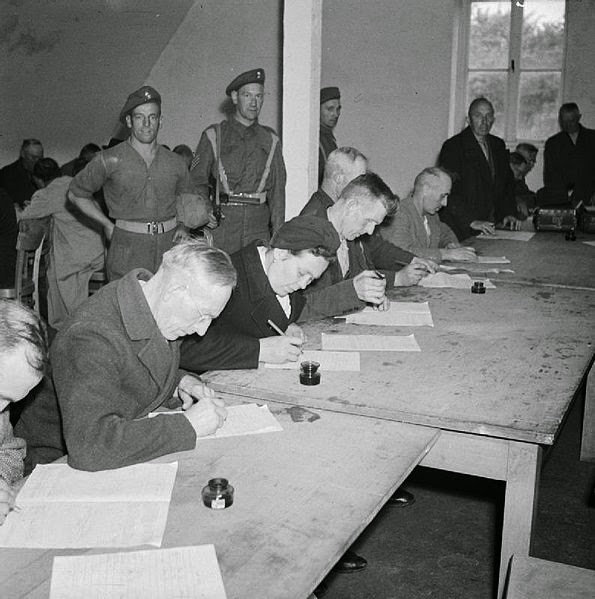 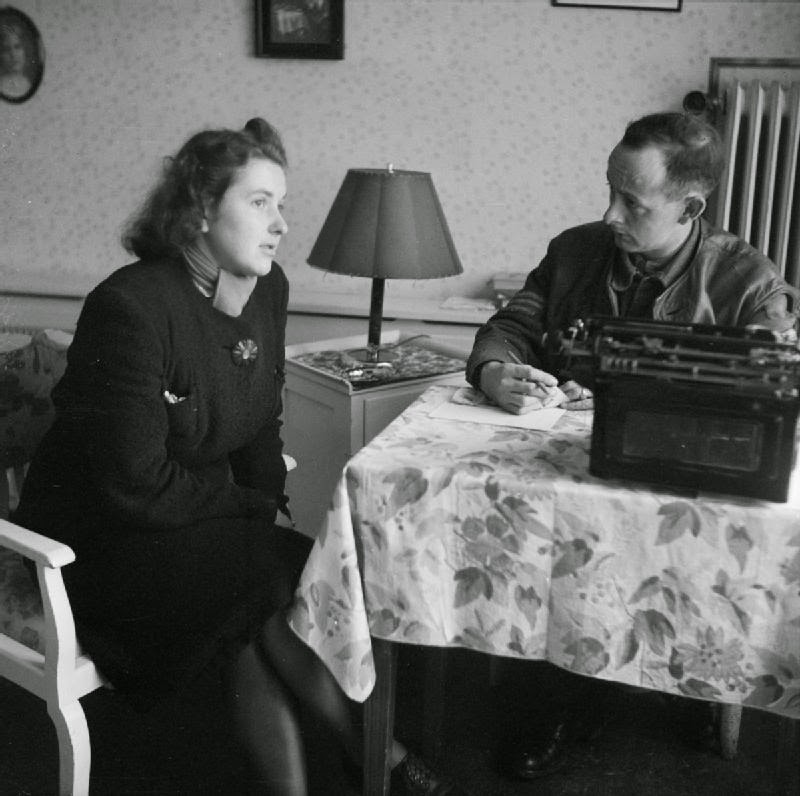 The four Powers occupying Germany – the United states, Soviet Union Britain and France – determined varied proceedings in each area of occupation, and the results were accordingly inconsistent and served national purposes. The French used this policy to weaken their traditional enemy Germany. The British were more pragmatic and thus more lenient in their enforcement of denazification. The Americans had two conflicting tendencies: first, they had a general suspicion of all Germans and because of a sense of collective guilt, they could not easily distinguish between Nazis and others. Second, they sought to reeducate Germans for democracy, which took on added importance as the Cold War began. In the Soviet zone, the goal was to consolidate Communist rule and to eliminate capitalists and even take the property of the middle class.

Leni Riefenstahl and Heinrich Hoffmann and his wife at their denazification trial.

The results were diverse policies serving divergent goals. At first, denazification had important consequences as those who were not “rehabilitated” were not appointed to important offices or granted specific licenses (for example, to publish newspapers). To consolidate the policies five categories were established in 1946: (1) major offenders; (2) offenders; (3) lesser offenders; (4) followers; (5) persons exonerated. As political conditions and political needs changed the commitment to denazification diminished, amnesties were declared, and enforcement was transferred to the Germans themselves.

The extent of denazification was criticized in view of the multitude of cases of people who were “rehabilitated” in spite of their Nazi past. Among them were many who were active in the war against the Jews in a variety of ways, e.g., professors P.H. Seraphim (active in the “Final Solution”), Hans Friedrich Karl Guenther

(the outstanding racial scholar of the Nazi period), who published antisemitic literature, and Dr. Hans Globke

Still, despite the criticism, in the aftermath of the collapse of a totalitarian regime, occupying powers or successor governments look for ways to preserve the social, economic, cultural, and governmental structures of the given society while condemning the deeds and actors of a previous regime, and denazification is looked upon as an inviting precedent. It just could be that a fig leaf of procedural decontamination, however inadequate, is needed for a society to be rebuilt.

75 Years ago: How World War 2 started