The Bedford Boys from D-Day.

Bedford, Virginia…Like eleven other Virginia communities, Bedford provided a company of soldiers (Company A) to the 29th Infantry Division, nickname “Blue and Gray”

when the National Guard’s 116th Infantry Regiment was activated on 3 February 1941. Some thirty Bedford soldiers were still in that company on D-Day; several more from Bedford were in other D-Day companies, including one who, two years earlier, had been reassigned from the 116th Infantry to the First Infantry Division. Thus he had already landed in both Northern Africa and Sicily before coming ashore on D-Day at Omaha Beach with the Big Red One. Company A of the 116th Infantry assaulted Omaha Beach as part of the First Division’s Task Force O.

companies. Bedford’s population in 1944 was about 3,200. Proportionally this community suffered the nation’s severest D-Day losses. Recognizing Bedford as emblematic of all communities, large and small, whose citizen-soldiers served on D-Day, Congress warranted the establishment of the National D-Day Memorial here.

Elisa “Ray” Nance, the last survivor of the Bedford Boys, soldiers from the Blue Ridge foothills whose heavy losses at Omaha Beach symbolized the sacrifices of all the Americans who fell at Normandy on D-Day, died Sunday 22-04-2009 in Bedford, Va. He was 94. 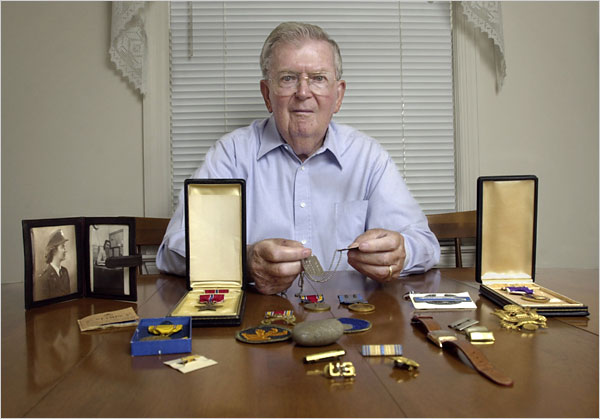 They were teenage buddies in the Depression days, growing up in Bedford, a town of 3,200 in central Virginia. They joined the National Guard together, they marched in Fourth of July parades and they gathered with their girlfriends at American Legion halls.

Four of the 30 Bedford boys were in a landing craft that was hit by German fire and sank. Fished out of the waters, they were the fortunate ones; 19 others died approaching the beach or in their first moments on French soil, among them Capt. Taylor Fellers, the company commander.

Lieutenant Nance’s boat, carrying a radio man and a medic, was the last craft from Company A to reach the sands.

“There was a pall of dust and smoke,” Mr. Nance recalled in a 2001 interview with WDBJ-TV in Roanoke, Va. “In the distance I could see the church steeple we were supposed to guide on. I waded out of the water up on the beach. I could not see anybody in front of me. I looked behind, and there’s nobody following me. I was alone in France.”

Most of the Bedford boys were dead or dying by then. In all, 22 were killed in the invasion.

“I started crawling,” Mr. Nance remembered. “There was continuous fire from mortars and machine guns.”

Soon he began to see bodies strewn on the beach, and he was shot twice in the foot and once in the hand. After a long period of hospitalization, Mr. Nance returned home. He farmed, then became a rural letter carrier.

They didn’t survive: many of them probably killed by the German young soldier Franz Gockel.

a  MG gunner in Widerstandnest 62 at Omaha Beach. 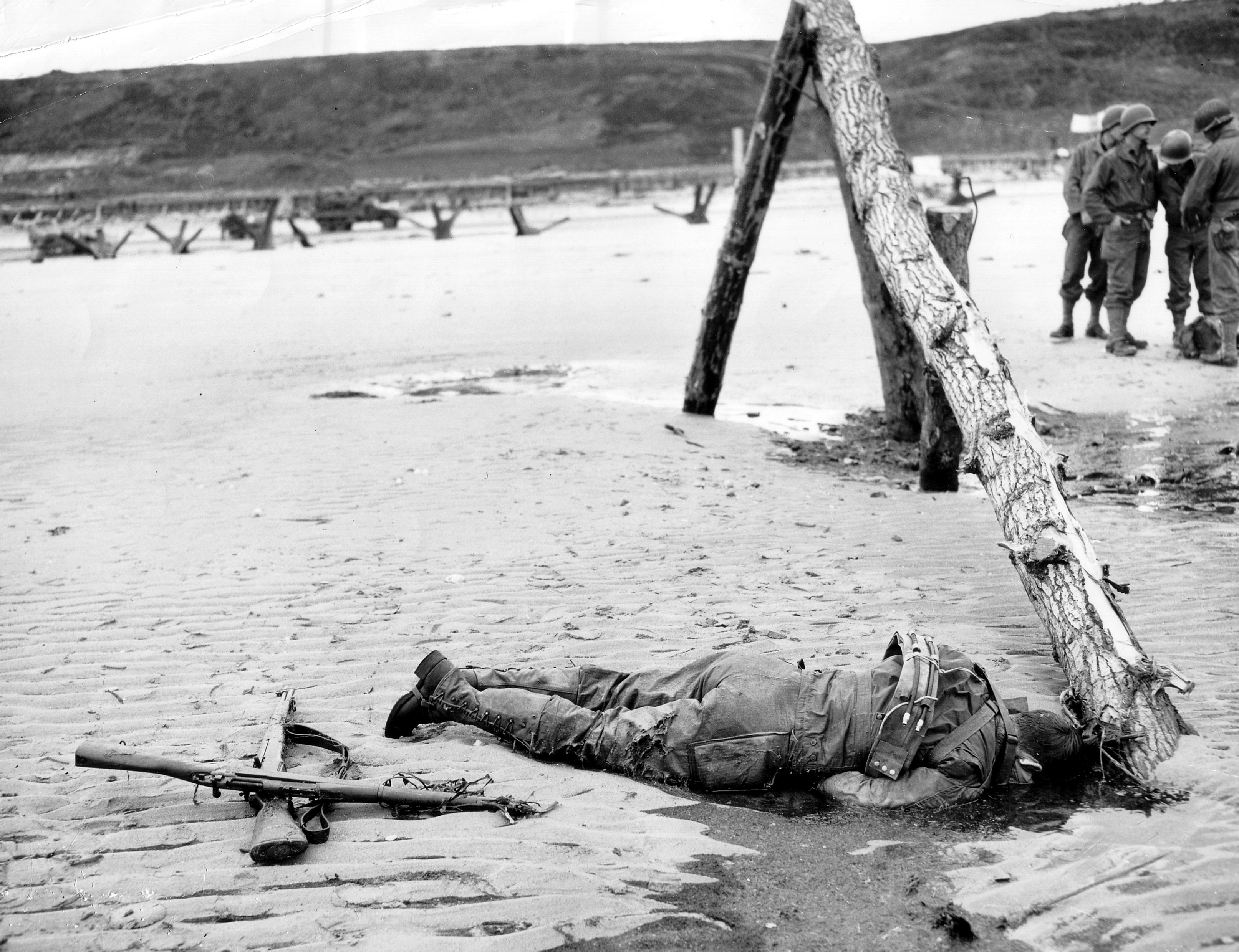 and by Severloh, Heinrich, “The Beast of Omaha”,

who said to have killed  over 1000 of Allied soldiers on D-Day.

The division had such a high casualty rate that it was said that Gerhardt actually commanded three divisions: one on the field of battle, one in the hospital and one in the cemetery. The 29th Infantry Division lost 3,720 killed in action, 15,403 wounded in action, 462 missing in action, 526 prisoners of war and 8,665 non-combat casualties, for a total of 28,776 casualties during 242 days of combat. This amounted to over 200 percent of the division’s normal strength. The division, in turn, took 38,912 German prisoners of war.