Why Dutchies love the Canadians.

On 5 May 1945, the First Canadian Army was in large part responsible for the liberation of the Netherlands. Ask any Dutchie about Canada, especially those in their senior years and they will surely praise the liberation efforts of the Canadian troops. The liberation came at a critical time for the Dutch people, as thousands were left starving and ill after the long “hunger winter”

Dutch Canadian relationship is strong and these powerful connections helped form warm bonds of friendship and respect between the Dutch and the Canadians which continue to this day. Evidence of this enduring connection may be seen in the tulips—gifts from the Netherlands—which bloom in Ottawa each spring and in the care and attention bestowed by the Dutch people on the burial places of our war dead. Even though the cost of lives was heavy and the sacrifice great, Canadians are proud to have been cast in the role of liberators. 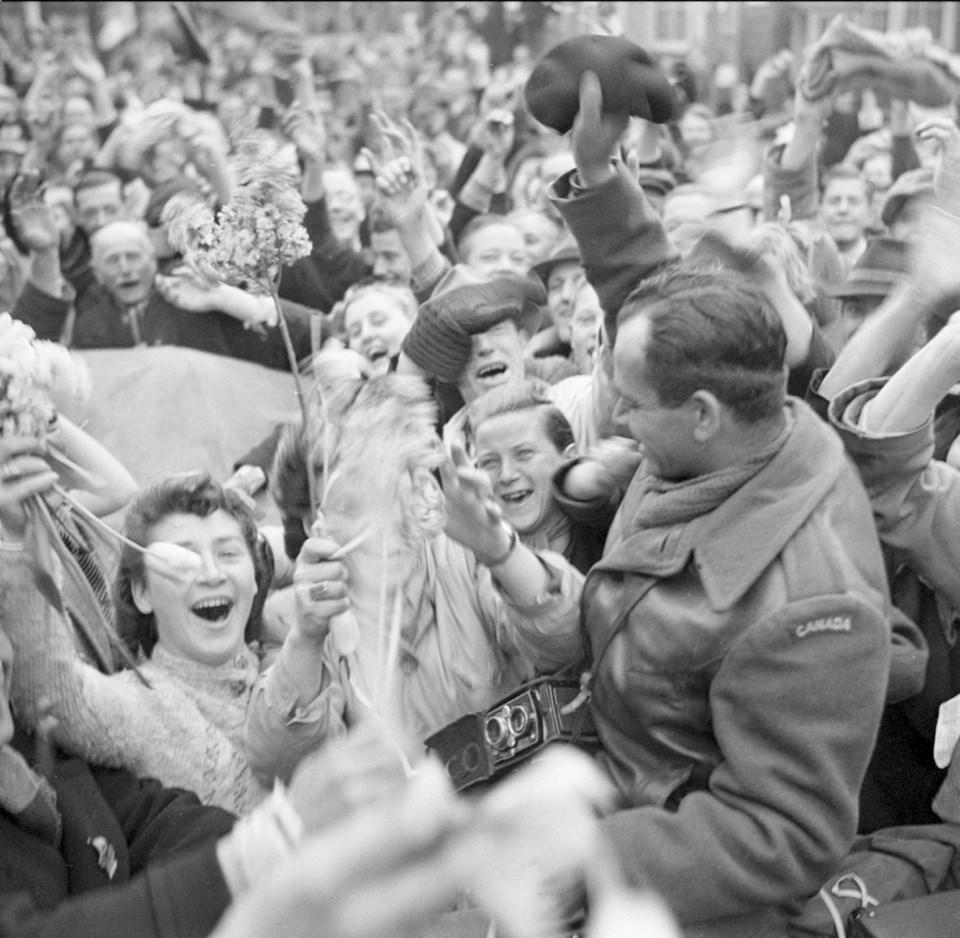 Prior to the liberation however, Dutch Canadian relations were already strong. The Dutch royal family sought refuge in Canada during the war. In fact, the Canadians could have even claimed Princess Margriet as their own, as she was born in Ottawa during the royal exile

. The Canadian government went so far as to declare the maternity suite of the Ottawa Civic hospital “extra-territorial”, allowing Princess Margriet’s citizenship to be solely Dutch.  The Dutch-Canadian love affair further intensified after the war. It seems the hunky Canadian soldiers made quite the splash amongst Dutch women! In fact, over 2,000 blushing war brides headed to Canada after the war.
When it comes time to head back to Canada, you can be sure to never be far from a Dutchie! According to the Canada 2006 Census, there are 1,035,965 Canadians of Dutch descent living in Canada. It turns out, that you just can’t escape the Dutch.

Bernardus Andreas “Dries” Riphagen, a Dutch criminal who collaborated with the Germans

Ukrainian collaborationism with the Axis powers.

USS Indianapolis survivor: ‘That first morning, we had sharks’