As we described the events of 10 May, we also mentioned the German plan to capture the Royal Family and as such force the Dutch [like the Danish] into a Governmental capitulation. These German efforts failed, as we have seen too. Queen Wilhelmina was a very traditional monarch. She was a very dedicated Queen, who intervened as much as she could in the day-to-day business of her cabinet [Queen and cabinet together = Government]. 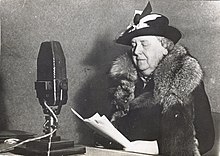 She also insisted on having close and frequent contact with the commander-in-chief of the army. Her involvement in military and colonial affairs had always been intensive during her entire reign, but especially the last years before the war. Queen Wilhelmina always said that she would never flee the country in case of war, but that she would rather choose to die with her last standing forces. Her traditional romantic ideas about the Head of State fighting at the head of the armed forces had not left her. When war broke out that 10th of May, the Royal family immediately evacuated the palace and took shelter in the bunker. It is said that Prince Bernhard had taken a privately owned submachinegun and that he fired at German planes overhead.

He was very upset that his former countryman Adolf Hitler had invaded the peaceful and neutral Netherlands. When things turned rough and the Dutch defences crumbled at the 12th, the thrown ancestor (crown princess) Juliana and her family were strongly advised to leave the country for England. They were eventually evacuated via the port of Ymuiden. Prince Bernhard – who was like his mother-in-law very reluctant to leave the country – later secretly returned to the province of Zeeland. He would however soon realise that if he would stay there his fate would be captivity or death. He returned to England and would be the first assistant of the Queen during the five years of war that followed. The Prince being German the allies doubted his reliability for a long time. Some never learnt to trust him. To the Dutch he nevertheless would be a token of strength and courage. Also after the war, the Prince would always remain the symbol of all war-veterans, until his death in 2004. His Royal funeral in 2004 showed his paramount position amongst war veterans once again. The military show and veteran veteran parade were a huge tribute to the Prince. The ‘missing man formation’ performed by F-16 fighters and one Spitfire (the missing man) were a symbolic famous last goodbye by the Dutch airforce. At the 13th, when the Dutch strategic status started reaching total defeat, the commander-in-chief decided that it was time to strongly advice the Queen to leave the country. Also the cabinet would evacuate. Governmental and military authority was transferred to General Winkelman

. He was authorized by the Government to capitulate if and when the situation would grow into despair and resistance would no longer serve any reasonable purpose. With the evacuation of both the Royal Family and the cabinet. The Netherlands would safeguard its authority abroad and not in the last instance over the Colonies. A Governmental capitulation would as such be out of the question. The Queen strongly protested against the instruction to leave the country and stated that she preferred to die at the Grebbeberg with her soldiers.

Although romantically heroic – in the footsteps of her famous forefather William of Orange [who lead the revolution against the Spanish king Phillips II during the 80-year War, 1568-1648] – the Queen was persuaded that her role as Queen over the Netherlands and the Colonies was much better served by ruling in exile than by spending the war in Germany captivity. On board of the British destroyer HMS Hereward  Queen Wilhelmina left from Hoek van Holland for England. 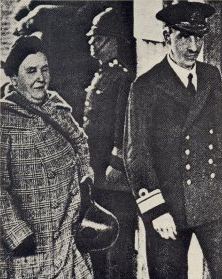 and made the decision not to return to her palace but to move into a mansion in The Hague, where she lived for eight months. Wilhelmina died in Het Loo Palace at the age of 82 on 28 November 1962, and was buried in the Dutch Royal Family crypt in the Nieuwe Kerk in Delft. The funeral was, at her request and contrary to protocol, completely in white to give expression to her belief that earthly death was the beginning of eternal life.

Liberation Children
Battle of Hannut, Belgium in May 1940.