, during the period July 1936 to September 1937. Throughout his illustrious career, but particularly while President of the Coast Artillery Board, Major General Shedd played a critical role in the development of anti-aircraft artillery. It was during his tenure that the board’s newly established experimental section became a contributor to materiel development. The function of this section was to determine whether a particular device or instrument possessed sufficient merit to warrant development for use in the service. The items considered were those which were designed by members of the board or by other officers of the coast artillery, and which, in the opinion of the board of the chief of coast artillery, had sufficient merit to justify further experiment. Pilot models of such fire control instruments or devices were constructed in the board’s machine shop by enlisted personnel.

Major General Shedd supervised a number of important projects involving the development of smokeless gunpowder to reduce gun detest ability, data transmission systems, target acquisitions procedures, and new training techniques. As a result of his labors, the coast artillery corps anti-aircraft artillery was better prepared for the challenges of World War II. Having established an effective foundation of anti-aircraft artillery research, development, test, and evaluation procedures, the Coast Artillery Board was redesigned as the Anti-Aircraft Artillery Board in 1942. In 1943 he was Deputy Commanding General Panama Department. In 1944 he became Commanding General Antilles Department and in 1946 Commanding General of 9th Service Command, 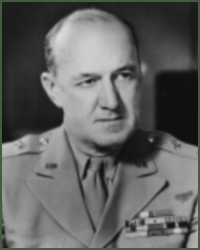