then Austro-Hungarian Empire, the son of  Adolf Aron Löbl Rumpler and Regine Rumpler, worked mainly in Germany. An automotive engineer by training, he collaborated with Hans Ledwinka

on the first Tatra car, at that time called Nesselsdorfer-Wagenbau, the Präsident, in 1897. By age 30, in 1902, he had quit Daimler to become technical director of Adler. He designed the first German engine to have engine and gearbox as a unit at Adler. The next year, he patented a swing axle rear suspension system, an idea later adopted by Ferdinand Porsche

for the KdF Wagen and Porsche 356, as well as by Chevrolet for the Corvair. In April 1934, Adolf Hitler gave the order to Ferdinand Porsche to develop a Volkswagen, literally, “people’s car” in German. The Wright brothers, Orville and Wilbure

turned Rumpler’s attention to aviation. He quit Adler in 1907, and in 1910, copying countryman Igo Etrich’s Taube, Rumpler became the first ever aircraft manufacturer in Germany

. Rumpler continued to be interested in automobiles, and after the First World War, he applied aircraft streamlining to a car, building the Tropfenwagen  in Berlin. A production model proved a sensation at the 1921 Berlin Auto Show. Rumpler’s efforts produced a car with an astoundingly low of only 0.28, when tested in 1979. the Fiat Balilla of the period, by contrast, was 0.60.

, which used the virtually-unchanged Rumpler chassis and Auto Union, also built in part by Rumpler engineers, Grand Prix racers.It caused a sensation, but an attempt to commercial exploitation by Benz failed. Rumpler was far ahead of his time, because the aerodynamics of his cars were better than that of most cars built around 1980. Rumpler’s Tropfenwagen was not a commercial success, and only 100 Tropfenwagen were built, just two of which survive. Rumpler returned to aircraft. Because Rumpler was Jewish, he was imprisoned after Adolf Hitler took power in 1933, and his career was ruined, even though he was soon released. As Hermann Goering (see Did you know)  (see Peter Goering) (see Emmy Sonnemann)

remembered his planes and protected him. 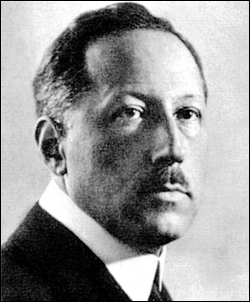