Roques, Karl von, born 07-05-1888 in Frankfurt am Main, joined the Army Service on 09-03-1899 as a Fahnenjunker in the Kaiserliche Armee, with the 3rd Kurhessisches Infanterie-Regiment “von Wittich” Nr. 83

He was transferred to the War Ministry in February 1917 and promoted to Major on 18-05-1918. He received both the Iron Crosses

and was accepted in the new Reichswehr , at the Reichswehr Ministry Office. He retired from the Army Service as a Generalleutnant on 31-01-1933 and joined the Luftwaffe

which he considered as a treat. In August 1941 von Roques received a report about the 1st SS Brigade

who in the battles between Rowno and Shitomar had killed 1.658 Jews. Between formation in 1941 and January 1944 the Brigade reported the following casualties, from an establishment of 6.271 officers and men: killed 20 officers, 306 NCO’s and other ranks, wounded 38 officers, 805 NCOs and other ranks, missing 4 officers, 119 NCOs  Von Roques hurried to cooperate with these SS Forces under SS Obergruppenführer, Friedrich Jeckel, who was hanged in Riga for war crimes, age 51, on 03-02-1946  Richard Hermann was killed in battle, age 46, on 27–12-1941. 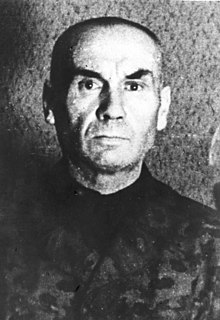 End October 1941 Roques was again in the Führer Reserve. Von Roques was appointed as the Commanding General of the Security Troops and commander in the Army Area Süd and later of Army Corps A. He lost this command end 1942 and landed in the Reserve ones more. He was awarded with the German Cross in Silber

After the war he was imprisoned by the Allied and in a trial condemned to 20 years imprison. Von Roques then died in captivity, age 69, on 24-12-1949 in Landsberg am Lech. Von Roques is buried with his wife Lilly,