One of the best sprinters in the world during the lead-up to WWII. He hated Hitler and considered Nazi’s a "gang of criminals". He also had a Jewish coach.

Alten Ehrenfelder Cemetery. an old section of the Melaten Cemetery in Cologne.

In 1933, grew up in Cologne, as his father disliked his son’s cycling ambitions Albrecht from his sixteen’s birthday secretly took part in races on the road and the track. His secret transpired as he broke his collarbone but he carried on and at the age of nineteen he was one of the best amateurs in the Rhineland. In 1932 he was the winner in the Grand Prix de Paris, 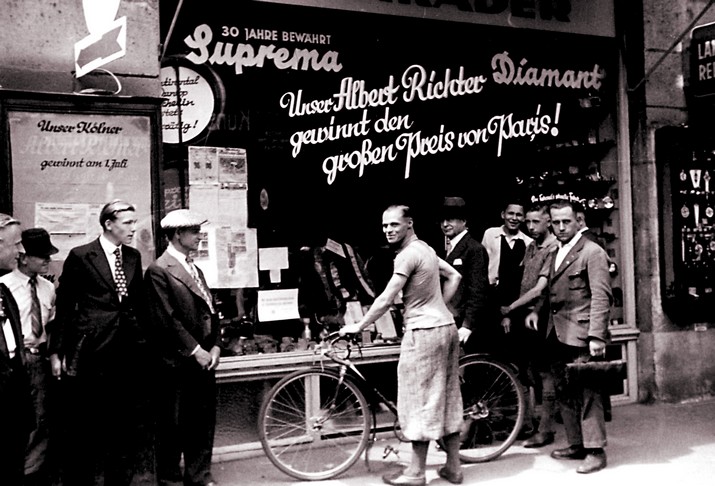 but as the German cycling union had a lack of money Albert was not delegated to the Olympic Games in Los Angeles. On 03-09-1932 in Rome he became the world champion of the amateurs. Supported by this result, Albert who was unemployed at that time, became a professional racing cyclist. His Jewish trainer Ernst Berliner 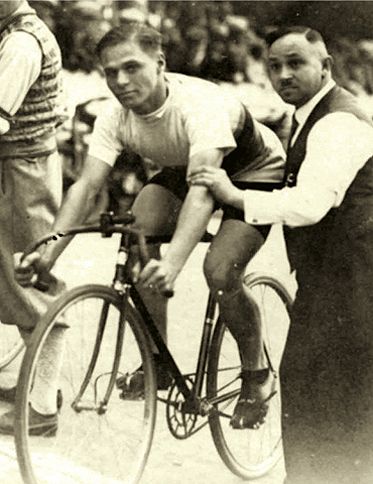 who survived the war and escaped to the US, advised him to stay in Paris for his training on the track and he soon was a a popular figure in Paris, with the nickname the “Eight Cylinder German”. He with his colleagues and friends, Jef Joseph “Poeske” Scherens

who died age 70, on 23-05-1982 in Paris, were a travelling group of cyclists who drove their races for the participation fee. From 1933 he six times was on the platform of the world championships, third in 1933, second in 1934 and 1935 and third again in 1936, 37, 38 and 1939. After turning pro and feeling less and less at ease with the growing tide of Nazism in Germany, he stayed in Paris, returning to Germany once in a while to visit his family and race. His coach, Berliner, stayed in Germany and was finding it more and more difficult to survive there. Because he was Jewish he was eventually prohibited from coaching and was the victim of intimidation and violence. Richter aided his coach by sending him winnings from races. Richter a fanatic anti Nazi Regime and against foreign cycling he called the government one big gangster gang. He refused to drive in a national tricot wit the swastika sign on, in official races and preferred the  old tricot with the eagle.  During the world championship in Leipzig, Germany in 1934 he public gave his token of disgusting for Adolf Hitler (did you know) (see William Hitler)

by not bringing the Nazi salute and with other German championships he also refused to bring this salute. This open antipathy against the regime made him unpopular by the other German cycling colleagues, but popular by the German people he had little to fear of the regime for a long time. The Nazi authorities were furious and considered this to be an affront to Hitler himself. Scenes like the one below probably didn’t help his case much. This is Richter, just having won the German Championships in Hanover, the only one in the photo not giving the Nazi salute. 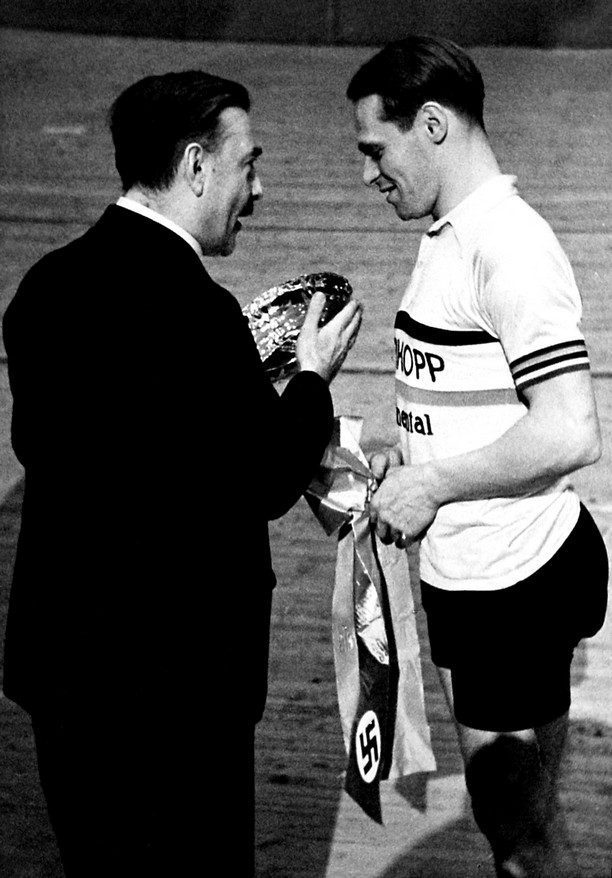 In December 1939, not long after the war began, Richter went to Germany and won the Grand Prix of Berlin. Now the war was on his trainer Berliner, living in Holland  advised him to leave the country as Albert was threaten by a possible appeal for the new German Army and Albert didn’t want to fight for the Nazis against his French friends.

On 31-12-1939 he left with the train to Swiss to start a hotel with friends in Engelberg, but he was stopped and taken off a train at the Swiss border, at Weil am Rhein, smuggling money, in his tires, to another Jewish friend. 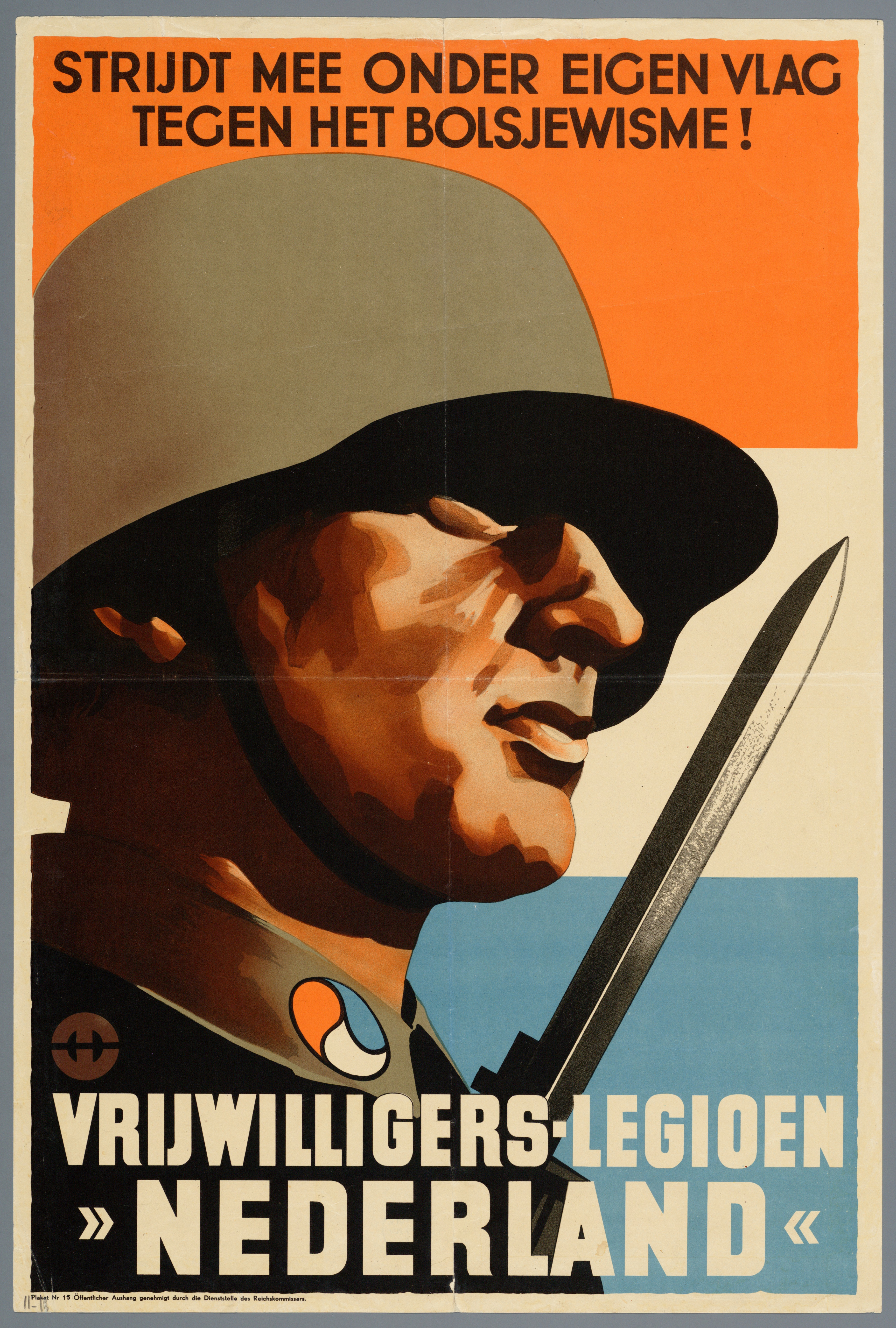 who later became a member of the Dutch Legion Waffen SS and died age 83, on 05-04-1994 in my town Veldhoven, and who were also on this train to Swiss, say that he was taken to an internment camp in Lörrach. One month later he was found dead in his cell, the Nazi press saying at first that he had died skiing in the Alps, then changing it to a suicide, reporting that Richter had become overcome with guilt at trying to aid a Jew. A brother of Albert travelled to Lörrach and saw the body of Albert in a moratorium with blood on his clothes and bullet holes in his back. The death was never formally registered, so the truth is still unknown. Albert was probably betrayed by two “enemy” German cyclist, Werner Wiethe

who died age 85, in 1992, in Cologne. The two wanted to  get rid of trainer Berliner and to coach Richter themselves and Richter had told Steffes about his trip to Swiss and the money. The “famous” SS officer Viktor Brack

has in all probability given the order to execute Richter. Albert Richter was 27 years old and buried on the Old Section of the Melaten Cemetery in Cologne. 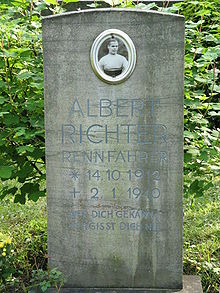