Between many other war criminals on the Spöttinger cemetery in Landsberg.

attended elementary school in Siebleben for eight years, was dismissed from the 8th grade and then three years the advanced training school. In 1924, he entered the apprenticeship at the machine company Kloebner near Gotha and learned how to do the locksmith’s trade there. After completing my apprenticeship, he was half a year there, still a bachelor, and later applied to the Gotha Life Insurance Bank in Gotha. In 1928 he entered the office of the Life Insurance Bank in Gotha, where he worked until the beginning of the war in 1939, later as a bank clerk. a trained locksmith, worked from 1928 as an office clerk and later as a bank clerk at the Gothaer Lebensversicherungs-Bank until 1939.

(membership number 259 233). Merbach belonged to the 14th SS Standarde as an SS man and was transferred to the Waffen-SS

on 15-09-1939. He was transferred from Berlin-Lichterfelde to the Buchenwald concentration camp

in December 1939, where he worked until May 1941 as adjutant of the Wachblock, guard block. Due to a cardiac muscle palsy, he stayed on hospital stays in Weimar and Gotha from 12-05-1941, after which Merbach was released until the autumn of 1941 for recovery at home. From late 1941 to mid-May 1942 and again from October to December 1942 Merbach was active as a commander of the guards of Buchenwald concentration camp. By order of the camp commandant SS Oberführer Hermann Pister,

Merbach graduated from May to September 1942 at an officer training course at the Army Dog School Berlin-Sperenberg. From January 1943 to January 1945 Merbach acted as commander of the dog squad in the concentration camp Auschwitz. 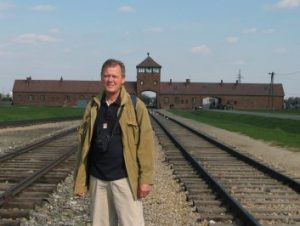 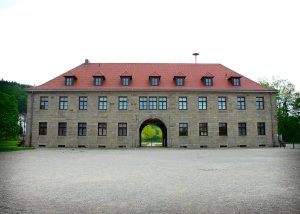 Some 5,000 concentration camp inmates initially had to travel 12 kilometers on a death march to Weimar. Merbach himself is said to have shot ten inmates on the death march. In Weimar, the prisoners were crammed into partially open freight cars for transport. 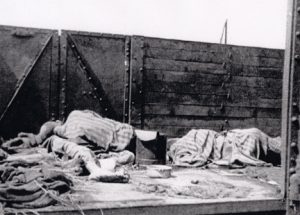 Since the concentration camp Flossenbürg was evacuated from 20-04-1945, the train continued on secondary lines in the direction of Dachau, with Merbach outside of Pilsen with other SS men together shot 20 prisoners. 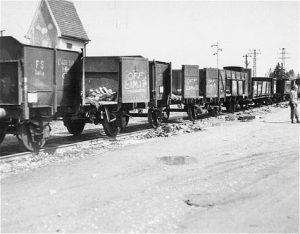 Previously, more than 1,500 bodies had been burned at a stop near Munich. Between 30 and 50 inmates who had to help with the incineration were said to have been shot by SS men. Due to the blatant lack of food and water (in combination with cold and poor hygiene), less than half of the approximately 5,000 prisoners arrived alive at their destination in Dachau.

After the liberation of the Dachau concentration camp, American soldiers made photographs of the prisoners who died in starvation and exhaustion in the freight cars, documenting the gruesome circumstances of this “evacuation transport.”

After the end of the war, Merbach was put to death in the context of the Dachau trials in the Buchenwald trial

on 14-08-1947 because of its “assistance and participation in the operations of the Buchenwald concentration camp” – especially because of its responsibility for the deaths during the evacuation transport Condemned and executed/hanged on 14-01-1949, age 48, in the war criminal prison Landsberg. 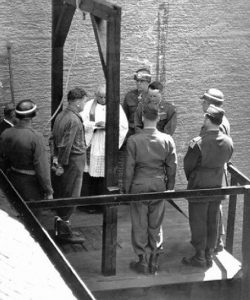 Hans Merbach was buried between many other war criminals on the Spöttinger cemetery in Landsberg. 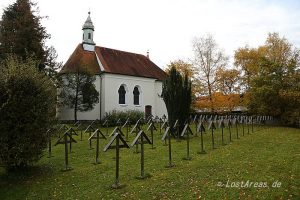 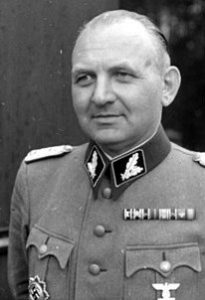 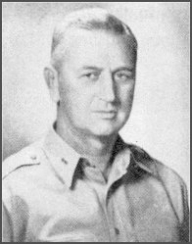