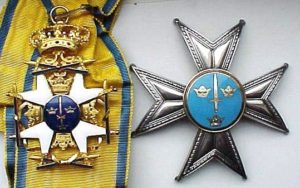 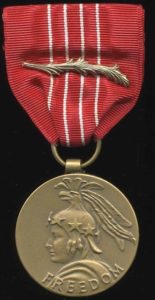 norwayArmyResistance
Booking.com
Haukelid, Knut Anders, born 17-05-1911, parents were Bjørgulv and Sigrid Haukelid, a couple from Norway who were living in, Brooklyn, New York while Bjørgulv, a civil engineer, worked for the New York Subway System. Since Haukelid and his twin sister, the actress Sigrid Gurie Haukelid,

Sigrid Gurie Haukelid were born in America, the twins held dual Norwegian-American citizenship. She died in Mexico, age 58, on 14-08-1969. Haukelid married his wife Bodil Asdal and their three children were Bjornulf

, Kirvil and Knut, and had four grandchildren. In 1914, the family returned to Norway. Haukelid subsequently grew up in Oslo, where his dad worked as an engineer helping to lay out the Oslo subway system. In 1929, Haukelid came back to America to attend Massachusetts State College.

He returned to Norway and later completed his education at the Dresden School of Technology and the University of Berlin. Returning to Norway, he worked for his father’s engineering firm, Haukelid og Five. He joined Norwegian Independent Company 1

in a long-range raid which began at an airfield in England. Rolf Pedersen, a Norwegian physics professor, who, though originally content to wait out the war, is soon pulled into the struggle by local resistance leader Knut Haukelid.  On 28-02-1943, the demolition team entered the Norsk Hydro plant and set explosive charges. The heavy water produced at a facility in occupied Norway was vital for the Third Reich’s participation in the nuclear bomb race. British War Cabinet also ordered Haukelid to sink the Norwegian ferry SF Hydro carrying the containers of heavy water across Lake Tinnsjå. The ferry was sunk with hidden explosives on 19-02-1944.

The ferry was sunk with hidden explosives on 19-02-1944, killing 4 Germans and 14 Norwegian civilians.
For his participation in these raids, Knut Haukelid received multiple awards including Norway’s highest decoration for military gallantry, the Krigskorset med Sverd or War Cross with sword. He was awarded this decoration twice, in 1944 and 1947, the War Cross with two swords. In addition, Haukelid was decorated by the British with The Distinguished Service Order and later, by Winston Churchill

personally, with The Military Cross. In the Spring of 1984, on the 40th anniversary of the sabotage action against the heavy water plant at Vemork, the survivors of the Kompani Linge group who participated in the action

were honored at a reception at the residence of the American Ambassador in Oslo.

On 18-10-1985, Knut Haukelid was honored at the Second Annual Scandinavian-American Hall of Fame Banquet in Minot, North Dakota.

Knut Haukelid died at the age of 72, on 08-05-1994 of heart failure at Det Norsk Diakonhjemmet Hospital in Oslo. In 1965 Eastman Color war film directed by Anthony Mann based on the true story of the Norwegian heavy water sabotage during World War II from Skis Against the Atom, the memoirs of Norwegian resistance soldier Knut Haukelid. The film stars Kirk Douglas

It was filmed on location in Norway. Knut Haukelid is buried  with his wife Bodil Asland, who died age 93 on 03-03-2007, on the Oslo Western Militairy Cemetery of Oslo, Norway.