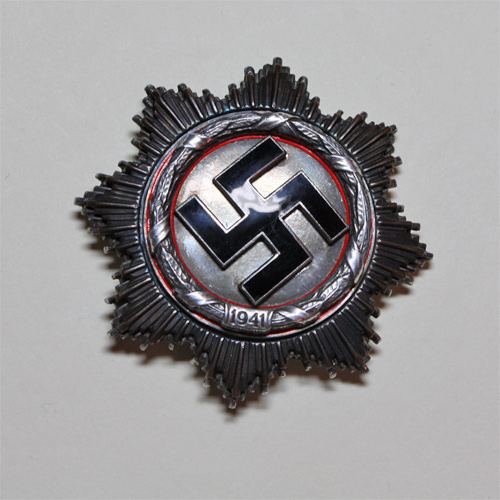 germanyGeneralmajorWehrmacht
Booking.com
Collani, Ingo von, born on 24-09-1900 Kolberg, Pommeren, volunteered the Army Service on 04-06-1918, shortly before the end of World War I, as a Fahnenjunker in the Replacement Battalion of the 5th Food Guards Regiment. He remained in the new 100.000 men Reichswehr

until 24-12-1942. Temporary in the Führer Reserve and then Chief of the General Staff

of the Commander of Troops in Denmark to 01-11-1944. Collani was again in the Reserve (see Adolf Hitler) (did you know) and detached to the 16th Division

Leaders Course in Hirschberg. His last command was of the 216th Infantry Division

. The 216th Infantry Division was a Germany Army division, active from 1939-1943. Serving in the storm on the Western Front in 1940, the division later took part in the Eastern campaign, being involved in the disastrous Battle of Kursk.

For their attack, the Germans utilized three armies along with a large proportion of their total tank strength on the Eastern Front. The 9th Army, of Army Group Center and based north of the bulge, contained 335.000 men (223.000 combat soldiers). In the south, the 4th Panzer Army under command of Generaloberst Hermann Hoth

of Army Group South, had 223.907 men (149.271 combat soldiers) and 100,000 men (66,000 combat soldiers) respectively. In total, the three armies had a total strength of 778.907 men, with 518.271 being combat soldiers. Army Group South was equipped with more armored vehicles, infantry and artillery than the 9th Army. The 4th Panzer Army and Army Detachment “Kempf” had 1.377 tanks and assault guns, while the 9th Army possessed 988 tanks and assault guns. The Soviets had massed about 1.300.000 men, 3.600 tanks, 20.000 artillery pieces, and 2.792 aircraft to defend the salient. This amounted to 26 per cent of the total manpower of the Red Army, 26 per cent of its mortars and artillery, 35 per cent of its aircraft, and 46 per cent of its tanks.The German Army suffered around 54.000 casualties and lost 252 tanks and assault guns in total during Citadel (July 5-16). In contrast, the Soviets suffered about 177.000 casualties, and   The division was disbanded on 17-11-1943 after suffering heavy casualties during the retreat to the Dnieper River Defensive Line. Von Collani succeeded Generalmajor der Infanterie, Kommandeur der 707th Infanterie Division

Released Collani lived in Lüneburg, where he at the age of 69 died, on 24-12-1969. Generalmajor Collani buried with his wife Amalie, born Zirkwitz, who died age 71, on 14-11-1957, on the Waldfriedhof of Lüneburg, only steps of the grave of Generalmajor der Kavallerie, Kommandeur der 707th Infanterie Division, Wilhelm von Lengerke.