Generalmajor and commander of the 570th Infantry Regiment. 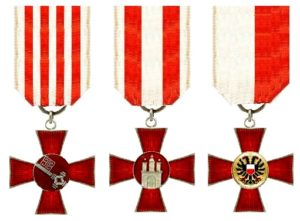 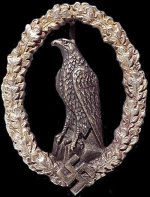 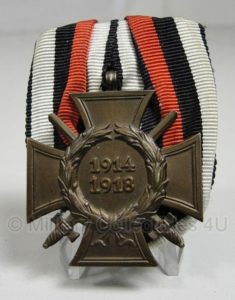 Barends, Erwin Hans, born 03-06-1880 in Hamburg, joined the Army Service on 22-04-1902, age 21 as a Fahnrich with the 113th Infantry Regiment until 11-02-1904 now a Leutnant. Assigned as Adjutant with the 1st Battalion of the 114th Infantry Regiment and from 01-10-1911 meanwhile an Oberleutnant, with the Inspection Service of the Air and Motor Vehicles Department. He started a pilot training

from 01-10-1912 until 02-08-1914 and transferred to the Air Squadron 4 as pilot and Hauptmann. With the start of the first war he takes the lead of a Flyer Department and appointed as Flyer Group commander until the end of the war.Transferred on 01-10-1919 to the staff of Wehrkreis Command II and assigned from 01-10-1920 as Company Chief with the 6th Infantry Regiment and following transferred to the 14th Calvary Regiment. From 01-02-1926, meanwhile a Major Barends became the command of the II Battalion of the 4th Infantry Regiment and from 01-11-1929, as Oberstleutnant transferred to the Staff of the Regiment. On 28-02-1932 he was dismissed from the Army but on 01-10-1933 reactivated again as an Oberst in the new Wehrmacht with the Defend Reserve Inspection in Schwerin and appointed as Commander of the Wehrkreis in Neustrelitz. With the general mobilisation he on 26-08-1939 is appointed as  Commander of the 632nd Infantry Regiment with the 557 Infantry Division From this Division the unteroffizier. Hans Schueler

who died age 78 on 27-03-1964 in Munich. Dismissed as Regiment commander on 31-10-1942 meanwhile since 01-06-1941 a Generalmajor he landed in Neustrelitz in Russian captivity and following in the Camps 27. 48,185, 27 and in the hospital Nr 3840 in Butyrka, Moscow. He was condemned to 25 years in prison and died on 29-03-1952 in the prison camp Woikowo near Owanowo, because of a contusion in his brains. General Erwin Barends was buried on the German war cemetery of Cherntsy, Row 1-Grave-2. On this cemetery are buried the next Generals too, Generalleutnant der Infanterie, Kommandeur of Warschau, Rainer Stahel, General der Infanterie, Kommandeur 145th Infanterie Regiment, Karl Specht, Generalmajor der Wehrmacht, Grenadier Regiment 70, Louis Tronnier, Generalmajor, Commander 290th Infantery Division, Hans Joachim Baurmeister,