Battle of Kursk, from July 5 till August 23, 1943, unsuccessful German assault on the Soviet salient around the city of Kursk in western Russia during World War II. The salient was a bulge in the Soviet lines that stretched 150 miles (240 km) from north to south and protruded 100 miles (160 km) westward into the German lines. In an attempt to recover the offensive on the Eastern Front, the Germans planned a surprise attack on the salient from both north and south, hoping to surround and destroy the Soviet forces within the bulge.

The Germans’ goal during Citadel was to pinch off a large salient in the Eastern Front that extended 70 miles toward the west. Field Marshal Günther von Kluge’s

Army Group Centre would attack from the north flank of the bulge, with Generaloberst Walther Model’s

The German assault forces consisted of almost 50 divisions containing 900.000 troops, including 17 motorized or armoured divisions having 2.700 tanks and mobile assault guns. But the Soviets had surmised the German attack beforehand and had withdrawn their main forces from the obviously threatened positions within the salient. The Germans launched their attack on July 5, but they soon encountered deep antitank defenses and minefields, which the Soviets had emplaced in anticipation of the attack. The Germans advanced only 10 miles (16 km) into the salient in the north and 30 miles (48 km) in the south, losing many of their tanks in the process. 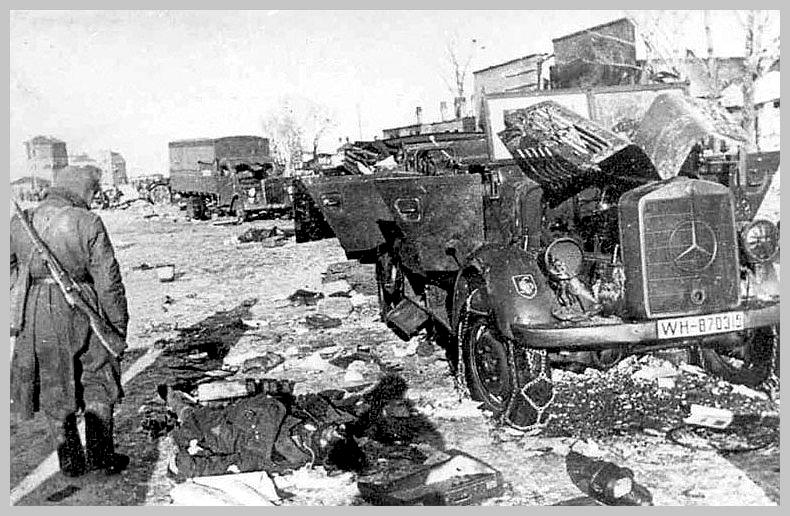 At the height of the battle on July 12, the Soviets began to counterattack, having built up by then a marked preponderance of both troops and tanks. Their subsequent successes encouraged them to develop a broad offensive that recovered the nearby city of Orel on August 5 and that of Kharkov, Ukraine on August 23. The Battle of Kursk was the largest tank battle in history, involving some 6.000 tanks, 2.000.000 troops, and 4.000 aircraft. It marked the decisive end of the German offensive capability on the Eastern Front and cleared the way for the great Soviet offensives of 1944–45. Herta Oberhauser an assistant to Karl Gebhardt in Ravensbrück.