Sinking of the German Kreuzer “Blücher”

The Blücher was the second of five Admiral Hipper-class heavy cruisers of Nazi Germany’s Kriegsmarine,

built after the rise of the Nazi Party and the repudiation of the Treaty of Versailles. Named for Gebhard Leberecht von Blücher

, the Prussian victor of the Battle of Waterloo, the ship was laid down in August 1936 and launched in June 1937. She was completed in September 1939, shortly after the outbreak of World War II. After completing a series of sea trials and training exercises, the ship was pronounced ready for service with the fleet on 5 April 1940.

Assigned to Group 5 during the invasion of Norway in April 1940, Blücher served as Konteradmiral Oskar Kummetz’s

flagship. The ship led the flotilla of warships into the Oslofjord

on the night of 8 April, to seize Oslo, the capital of Norway. Two old 28 cm coastal guns in the Oscarsborg Fortress 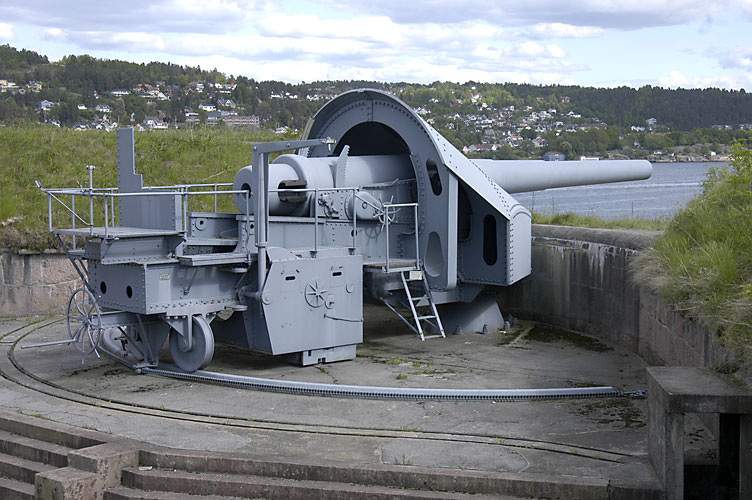 engaged the ship at very close range, scoring two hits. Two torpedoes fired by land-based torpedo batteries struck the ship, causing serious damage. A major fire broke out aboard Blücher, which could not be contained. After a magazine explosion, the ship sank, with major loss of life. The wreck remains on the bottom of the Oslofjord.

At 04:40, Norwegian searchlights again illuminated the ship and at 04:21 the 28 cm  guns of Oscarsborg Fortress opened fire on Blücher at very close range, beginning the Battle of Drøbak Sound with two hits on her port side. The first was high above the bridge, hitting the battle station for the commander of the anti-aircraft guns, killing AO II Kapitänleutnant Hans-Erich Pochhammer. The main range finder in the top of the battle mast was knocked out of alignment, but Blücher had four more major rangefinders (B-turret, on the bridge roof, the aft battle station and many smaller. on the bridge and the four rangefinder stations for the AA. The commander in D-turret, Oberstückmeister Waldeck, stated that the first 28 cm hit had no influence on the battle capability of the 20.3 cm guns. Blücher immediately returned fire.

The second 28 cm shell struck near the aircraft hangar and started a major fire. As the fire spread, it detonated explosives carried for the infantry, hindering fire fighting efforts. The explosion set fire to the two Arado seaplanes

on board: one on the catapult and the other in one of the hangars. The explosion also probably punched a hole in the armored deck over turbine room 1. Turbine 1 and generator room 3 stopped for lack of steam and only the outboard shafts from turbine room 2/3 were operational.

After passing the gun batteries, the crew of Blücher, including the personnel manning the guns, were tasked with fighting the fire. By that time she had taken on a list of 18 degrees, although this was not initially problematic. The fire eventually reached one of the ship’s 10.5 cm ammunition magazines between turbine room 1 and turbine room 2/3, which exploded violently. The blast ruptured several bulkheads in the engine rooms and ignited the ship’s fuel stores. The battered ship slowly began to capsize and the order to abandon ship was given 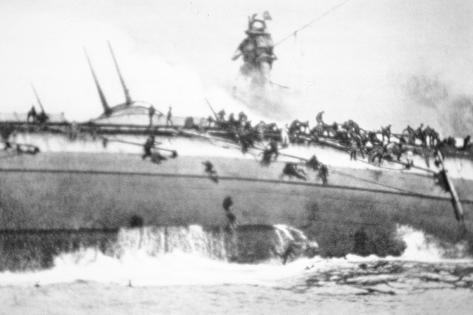 . Blücher rolled over and sank at 07:30, with significant casualties. Naval historian Erich Gröner states that the number of casualties is unknown, but Henrik Lunde gives a loss of life figure ranging between 600 and 1,000 soldiers and sailors.

Jürgen Rohwer meanwhile states that 125 seamen and 195 soldiers died in the sinking. Fritz Zielsdorf was the last survivor of the Heavy Cruiser Blücher 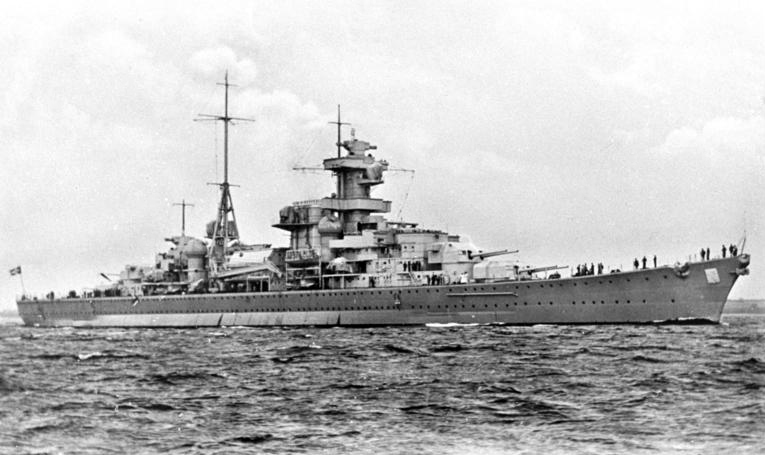