a city located 14 miles north-west of Lawton, Tulsa, Oklahoma, to John Chibitty and Dana Chibitty. He was the last of the Comanche Code Talkers from World War II. Charles Joyce “Charlie” Chibitty served with the US Army, 4th Infantry Division, nickname “Iron Horse” 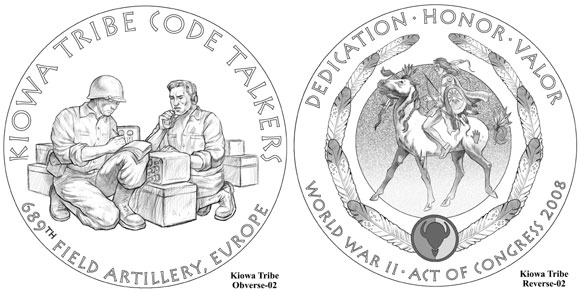 and fancy war dancer. He attended Fort Sill Indian School as a child. While a high school student at the Haskell Indian School in Lawrence, Kansas, he constantly heard reports concerning the rise of Nazi Germany throughout Europe, and while he was home during Christmas break in 1940, his mother granted him permission to enlist in the United States Army. The U.S. Army was searching for American Indians including Comanche Indians for the Signal Corps in late 1940, and in 1941, to serve as code talkers in the European Theatre.
Chibitty and 16 other Comanches translated Army messages into their native language during the invasion of the beaches of Normandy, France. The Germans never broke the code. Chibitty enlisted in the Army in January 1941, according to the American Forces Press Service and earned the World War II Victory Medal, European Theatre of Operations Victory Medal with five bronze stars, Europe-African Middle East Campaign Medal and the Good Conduct Medal. The code talkers

are credited with saving countless American and allied lives. He was very proud to be a World War II veteran and Native American. Charles enjoyed speaking about both, especially to younger generations. He traveled across the U.S. to speak about what he had done in the war. In 1989, Chibitty and Comanche code talkers Roderick Red Elk, Red died age 76 on 25-09-1997

, and named Knights of the National Order of Merit by the French government. However, the role of Comanche code talkers in World War II was not recognized by the United States until 1999, in which Chibbity received the Knowlton Award from the Pentagon as the last surviving Comanche code talker.
Charles was married with  Elaine F. Chibitty and they had two sons, Willard Jouce Chibitty (19-11-1941, died 01-09-1945, age 3) and Charles Jouce Chibitty Jr.(25-04-1951, died september 1982 age 31).

Chibitty died due to diabetes complications on 20-07-2005, old age 83, in a Tulsa Area hospital and is buried on USA Oklahoma, Broken Arrow, Floral Haven Memorial Gardens. 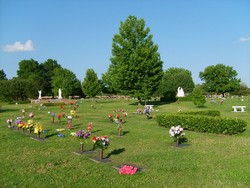