As The Germans Waited For The Allied Invasion Of France……in Calais.

was a United States Army tactical deception unit during World War II officially known as the 23rd Headquarters Special Troops. The 1,100-man unit was given a unique mission within the U.S Army: to impersonate other U.S. Army units to deceive the enemy. From a few weeks after D-Day, when they landed in France, until the end of the war, they put on a “traveling road show” utilizing inflatable tanks , sound trucks, fake radiotransmissions pretence. 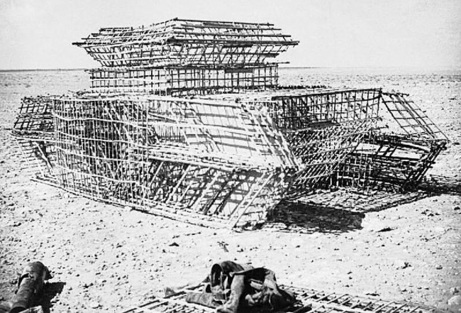 They staged more than 20 battlefield deceptions, often operating very close to the front lines. Their story was kept secret for more than 40 years after the war, and elements of it remain classified.

Inspiration for the unit came from the British units who had honed the deception technique for the battle of El Alamein in late 1942, as Operation Bertram. The U.S. unit had its beginnings at Camp Forrest, Tennessee, and was fully formed at Pine Camp, NY (now Fort Drum), before sailing for the United Kingdom in early May 1944. In Britain they were based near Stratford upon Avon, and troops participated in Operation Fortitude, the British-designed and led D-Day deception of a landing force designated for the Pas de Calais.

Some troops went to Normandy two weeks after D-Day, where they simulated a fake Mulberry harbour at night with lights which attempted to draw German artillery from the real ones. After which the entire Unit assisted in tying up the German defenders of Brest by simulating a larger force than was actually encircling them.

As the Allied armies moved east, so did the 23rd, and it eventually was based within Luxembourg, from where it engaged in deceptions of crossings of the Ruhr river, positions along the Maginot Line, Hurtgenwald Forest and finally a major crossing of the Rhine to draw German troops away from the actual sites.

Operation Fortitude was the code name for a World War Ii military deception employed by the Allied nations as part of an overall deception strategy (code named Bodyguard) during the build-up to the 1944 Normandy landings. Fortitude was divided into two sub-plans, North and South, with the aim of misleading the German high command as to the location of the imminent invasion.

Both Fortitude plans involved the creation of phantom field armies (based in Edinburgh and the south of England) which threatened Norway (Fortitude North) and Pas de Calaise (Fortitude South). The operation was intended to divert Axis attention away from Normandy and, after the invasion on June 6, 1944, to delay reinforcement by convincing the Germans that the landings were purely a diversionary attack. 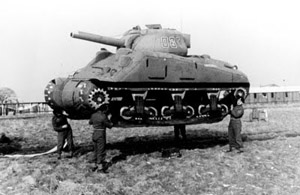 The Wewelsburg: the Nazi Grail Castle.