In 1943, the tide of World War II began to turn against Nazi Germany. Losses in North Africa and the massive defeat at Stalingrad destroyed the myth of German military invincibility and stiffened anti-Nazi resistance, even in the killing centers and concentration camps of occupied Europe. In the Treblinka death camp  last commander Kurt Franz

, news of the German defeats filled the Jewish prisoners with both hope and trepidation. Many feared that the SS would soon liquidate the camp and its remaining prisoners so that all evidence of their heinous crimes would be destroyed. Kurt Franz survived  the war and died old age 84 on 04-07-1998 in Wuppertal.

, former Czech army officer Zelo Bloch, as well as Zev Kurland, kapo at the camp’s “hospital,” and Jankiel Wiernik, a carpenter who worked in the extermination area.

In its preparations, the Jewish underground suffered some serious setbacks. In April 1943, the camp’s deputy commandant discovered Chorazycki, who was in charge of procuring weapons from the outside, with a large sum of money. In the struggle that ensued, the resistance leader chose to commit suicide by swallowing a vial of poison rather than risk the possibility that under torture he would reveal the identities of his comrades.

Despite the death of Chorazycki and the difficulty of obtaining arms from the outside, the Committee continued with its plans for an uprising and succeeded in making a spare key to the weapons storeroom. The Jewish fighters also learned about the Warsaw Ghetto Uprising from prisoners on the incoming transports, and this strengthened their resolve and boosted their morale.

On August 2, 1943, the Committee launched their revolt. The prisoners seized weapons from the SS storeroom, attacked the German and Ukrainian guards, and set some of the buildings ablaze. Unconcerned with their own safety, the resistance leaders fought bravely to aid the escape of the inmates. Under gunfire from the watchtowers, many prisoners broke through the camp’s barbed-wire fences.

Of an estimated 300 inmates who escaped from Treblinka that day, about 100 survived the massive SS manhunt. Most of the Committee’s members, including Galewski, Bloch, and Kurland, perished during the uprising. Jankiel Wiernik under the assumed name of Jan Smarzyński 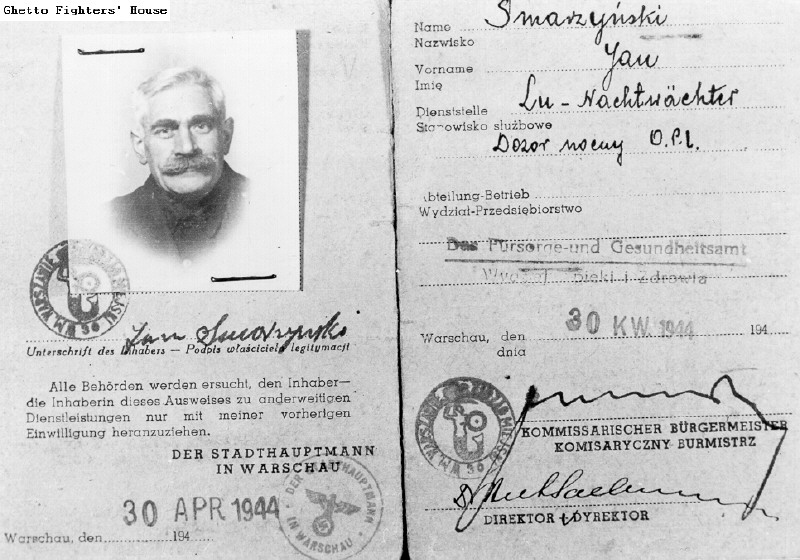 escaped his captors and found shelter with a righteous Pole. The following year, with the assistance of Jewish underground leaders in Warsaw, he secretly published his memoirs of Treblinka and of the bold camp uprising, which were then smuggled to England and the United States. Jankiel Wiernik who was born in 1889 the same year as Adolf Hitler died in old age 83 in Israel in 1972.

Hermann Goering was an extravagant person.