The founder of the National Socialist Movement in the Netherlands (NSB) and its formal leader, Anton Mussert.

was born 11-05-1894 in Werkendam, Noord-Brabant, Netherlands. In the 1920s, he became involved in right-wing political movements that advocated a Greater Netherlands by annexing Dutch-speaking neighbouring regions. On 14 Dec 1931, he abandoned his profession as a civil engineer and founded the National Socialist Movement political party, Nationaal-Socialistische Beweging, or NSB

, along with other like-minded activists such as Cornelis van Geelkerken.

A fan of Benito Mussolini,

Mussert ruled NSB along a similar model Mussolini had successfully used in Italy. As Italy grew closer to Germany, Mussert grew close to her as well, especially that Adolf Hitler‘s (Did you know) vision to annex all German-speaking regions under German rule matched exactly his vision for the Netherlands. In Nov 1936, he met Hitler

for the first time, and he remained in communications with Berlin from that point on until 1945. His political agenda matched many of Germany’s, though Mussert was careful in not allowing the racism to taint Dutch politics.

During the first year of the European War, the Netherlands was occupied by Germany. Mussert used this opportunity to push himself to the pinnacle of Dutch politics

as the collaborationist leader instead, who was much more submissive to Germany than the radical Mussert. Rost van Tonningen committed suicide in the prison of Scheveningen on 06-06-1945, age 51, one year after D-Day like Mussert. On 2 Jun 1940, the NSB formed the regiment SS-Standarte “Westland”

in the SS Division “Wiking”

. Mussert initially opposed the NSB joining the SS, but he was unable to stop the German influence, and as a result many Dutch fought under German leadership during the war. At the end of 1941, he swore personal loyalty to Hitler, followed by the entire Dutch SS in May 1942. By the end of 1942, NSB influence in the Dutch government nearly dissipated, and Mussert’s role as the leader of the Dutch people became a meaningless title without any real power.

He was married to his aunt Maria “Rie” Witlam

who was 18 years older, but had an affair with his niece Maria Cornelia (Marietje) Mijnlieff 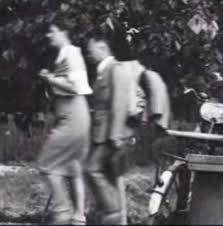 After the fall of Germany at the end of the European War, Anton Mussert was arrested on 7 May 1945. He was tried in Nov 1945, and was found guilty for treason against his country. 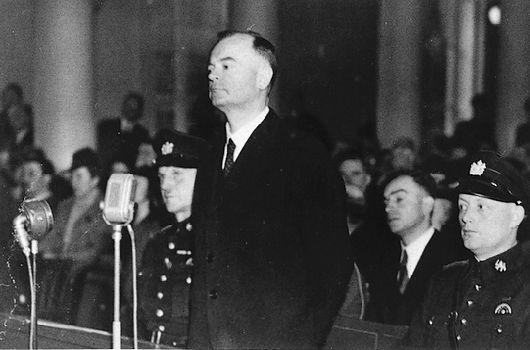 He was executed, age 51, by a firing squad on the Waalsdorfervlakte, a site near The Hague, where hundreds of Dutch resistance/citizens had been killed by the Nazi regime.

born 02-12-1880 in Werkendam. was the Depot Commander and Garrison Commander (District Commander) of the Dutch Army in Dordrecht. He was an older brother of the NSB leader Anton Mussert and was shot dead by 1st Lieutenant Kruithof and kapitein Bom on 14-05-1940, age 59, in the confusion and as a traitor suspect. The two soldiers were severely punished during the occupation and Mussert was completely rehabilitated.

.When asked what would happen to the Jews when he came to power, Mussert replied: “That is not an issue, they will simply disappear, I am and always will be an enemy of the Jews.”This was before the Germans occupied the Netherlands.

Mussert died as a rich man, I already wrote that he tried to channel assets through his girlfriend and her mother, but after the war he turned out to have five houses and a few companies. His assets ran up to a million guilders, in reality this would have been many times higher. The NSB leader extorted companies and Jewish families during the war and robbed property of Jews who had been taken away

Growing Up as a Black Kid in Nazi Germany. “Neger, Neger, Schornsteinfeger”

Escape Hitler Youth leader Arthur Axmann from the Führerbunker
The Holocaust in the Netherlands.