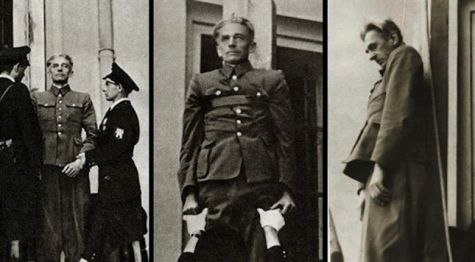 Karl Hermann Frank was born in Karlsbad (Karlovy Vary, Czech Republic), on the 24th January 1898. As a Sudeten German, a growing hatred of Czechoslovakians magnified, and eventually overtook Frank, as the events leading up to, and during the war, added to the festering resentment bubbling inside him. Indeed, his animosity towards the Czech people would shape not only his, but countless other people’s lives later in his life.

His first wife, Anna Muller, was also born in Karlsbad, in 1899. They married in January 1925, just prior to Frank’s 27th birthday. The couple had two sons, the eldest, Harald, who was born on 20th January 1926, later served as an SS-Panzergrenadier in the 1st Division SS Leibstandarte Adolf Hitler

. Harald was severely wounded fighting in Hungary during March 1945. The couple’s second son, Gerhard, was born in 1931. After 15 years of marriage, the couple divorced in February 1940. Anna later married Fritz Kollner

who was Karl Frank’s successor as Deputy Gauleiter of Sudetenland. Kollner survived the war and died age 82 on 08-11-1986 in Taufkirchen.
On April 14th 1940, Frank married Karola Blaschek

who was born on 13th August 1913, in Brux, Bohemia. Karola gave birth to two daughters, Edda, who was born on the 16th August 1941, and Holle-Sigrid, who entered the world on the 8th March 1944. Between the two girls, the couple also had a son, Wolf-Dietrich, who was born in August 1942. Karola Frank was very kind. She interceded for a number of Czech people. Despite this, after war she was prisoned by Soviets until 1956. The children grew up in care homes. During the occupation, various stories arose regarding Frank, and his alleged Czech lovers, including famous actresses.

Following service during the closing stages of WWI, Frank operated a bookstore. He was an extreme advocate for the incorporation of the Sudetenland into the German state, and in 1919 opened a bookstore which he would later use to spread Nazi propaganda.
He organised the SDP (Sudeten German Party), and later became a member of the Czechoslovakian parliament. As he was the most radical National Socialist in the SDP, he won great favour with Heinrich Himmler,

who made him an SS-Brigadeführer in November 1938. A month earlier, as the Czechoslovakian state was swallowed up by the German Reich, Frank was made Deputy Gauleiter of the Sudetenland. Frank was able to exercise some of his revenge upon the Czechs whom he had grown to hate during his early life. 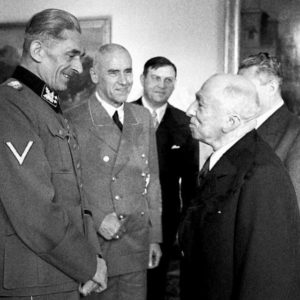 appointed to the position of Higher SS and Police Leader and Secretary of State of the Reich Protectorate of Bohemia and Moravia, along with his promotion to SS-Gruppenfuhrer. Despite this position, Frank grew increasingly frustrated, as the original Reich Protector, Konstantin von Neurath, 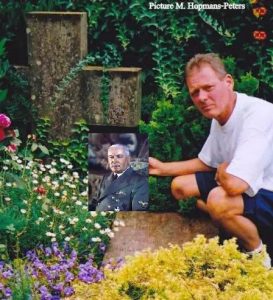 continued to display a mild, soft approach towards the Czechs. Secretly working against von Neurath, Frank hoped to one day take up the position of Reich Protector. This was a wish that was never fulfilled, as Hitler continued to pass over him, likely due to his background as a Sudeten, rather than a pure German. Neurath was eventually dismissed in 1941, and on 23rd September 1941, Reinhard Heydrich 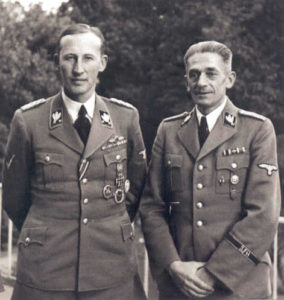 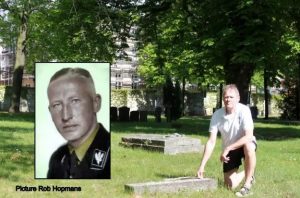 was infamously appointed as the new Reich Protector. 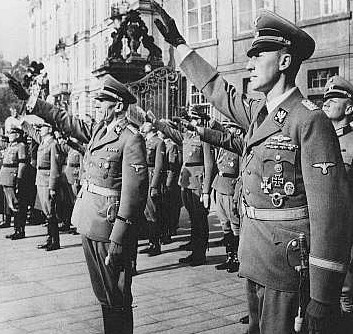 After an initially tense beginning, the two forged an effective and efficient partnership, and worked together closely, until the assassination of Heydrich, following which, Frank was again overlooked for the position of Reich Protector, the post instead being given to Kurt Daluege

. Along with Daluege, Frank was instrumental in implementing the destruction of Lidice and Lezaky. August 1942 saw Frank elevated to Reich Minister for Bohemia and Moravia, and June 1943 was when he was promoted to the rank of SS-Obergruppenfuhrer, and General of Police in Prague. He was also made a general of the Waffen-SS. During 1943, when Wilhelm Frick was made Reich Protector, Frank was actually the most powerful official within the Protectorate, his local knowledge serving him well. He was convicted on all charges and sentenced to death on 23 October 1946. Daluege was hanged in Pankrac prison in Praque, age 49, on 24 October 1946

As the Reich crumbled, Prague remained under Nazi control. Indeed, the city was the last to be freed amongst major European cities. On the night of April 30th/May 1st 1945, Frank delivered a chilling message over the radio. He said that should any uprising occur then he would drown anybody invloved in “a sea of blood”. He then ordered the streets cleared, and instructed army and police units to shoot on sight. The final days of the Protectorate were indeed, a bloody mess.
Not wanting to be captured by the advancing Soviets, Frank gave himself up to the Americans at Plzen, on 9th May 1945. Following his extradition, he was tried in Prague during March/April 1946, and convicted of war crimes and the obliteration of Lidice and sentenced to death.

On 22nd May 1946, Karl Hermann Frank was executed using the Austro-Hungarian “Pole” method in front of a crowd of 5,000 onlookers in the courtyard of Pankrac Prison, Prague. Later, the forensic doctor Oldrich Navarra conducted an autopsy. Navarra’s wife had earlier helped assist the wounded Reinhard Heydrich, following the assassination attempt in May 1942. Frank was later buried in an unmarked grave on the Ďáblice Cemetery in Prague. 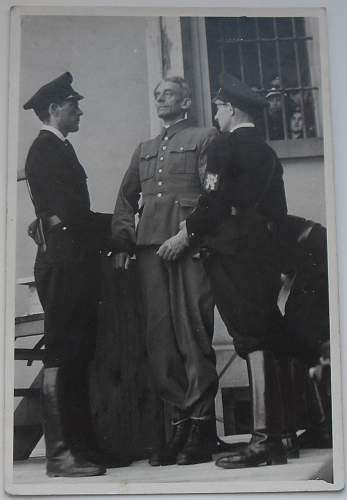 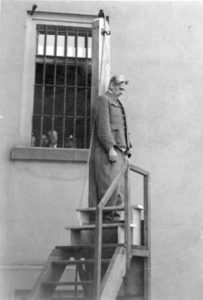 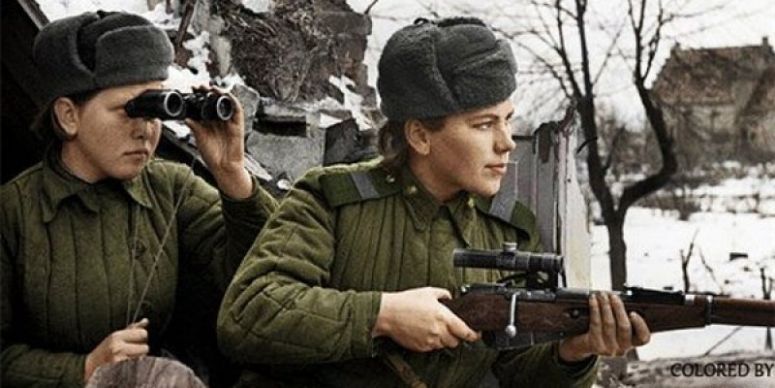