It is most well known for its unlikely victories and for being one of the German units to never be accused of war crimes. 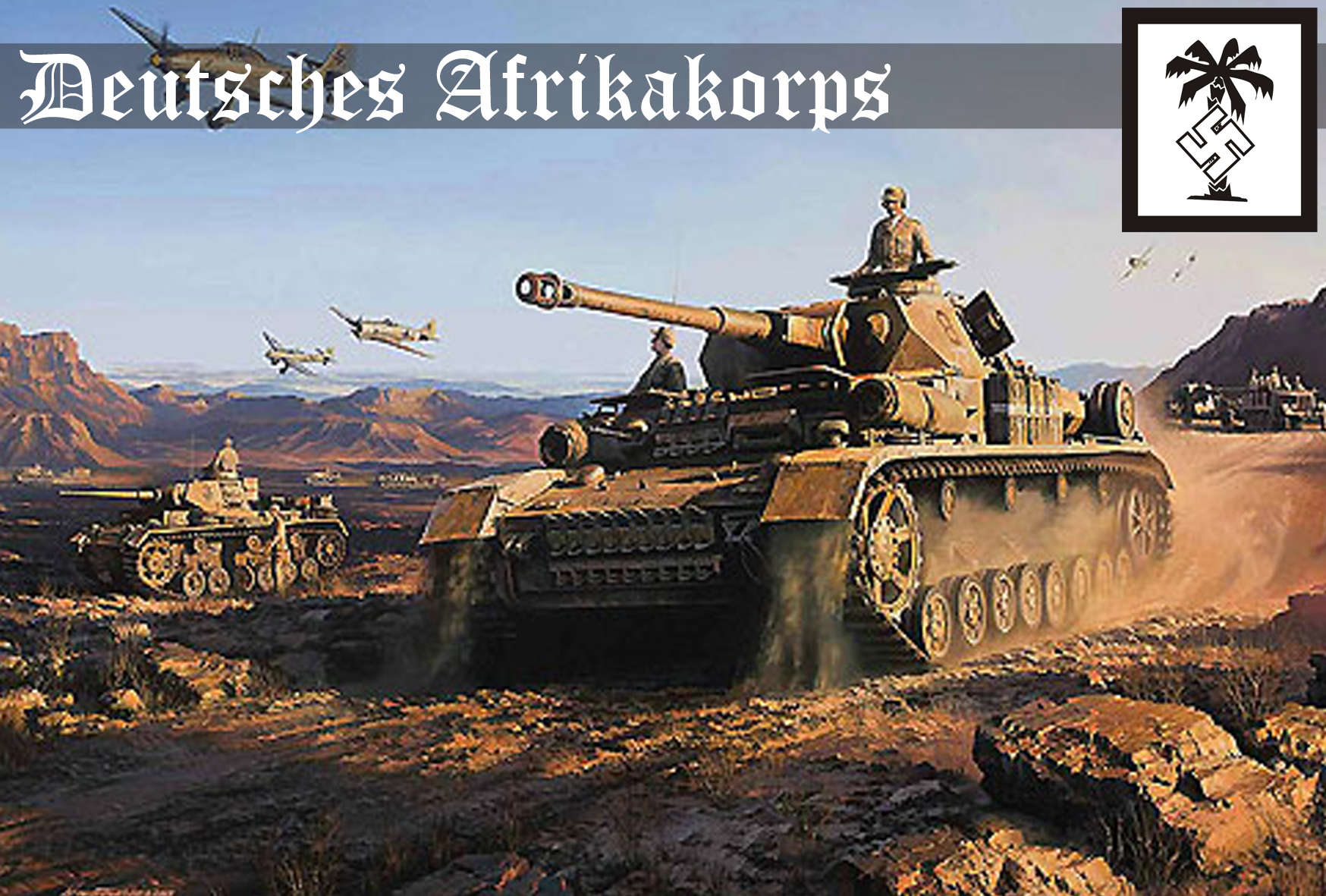 The Afrika Korps entered the North African campaign to aid Germany’s Italian allies when the Italians suffered a series of defeats at the hands of the British Commonwealth forces. Rommel launched an offensive from El Agheila

which pushed the British back into Egypt. The British subsequently attacked advancing back to El Agheila. Again the Afrika Korps attacked pushing the British Commonwealth forces back to Egypt where the German advance was stopped at the first battle of El Alamein.

then defeated the Afrika Korps at Alam Halfa and the second battle of El Alamein in late 1942. In November 1942 the Americans and British launched Operation Torch. Operation Torch was followed by Operation Retribution.

Rommel’s aggressive campaigns continually lengthened their supply lines, even as the Royal Navy tightened its hold on the Mediterranean. As a result, the Afrika Korps was nearly always in need of vehicles, troops, and most importantly fuel. These supply issues were crucial to its eventual defeat, and with retreat across the sea blocked by the British, they had no choice but to surrender in the spring of 1943. 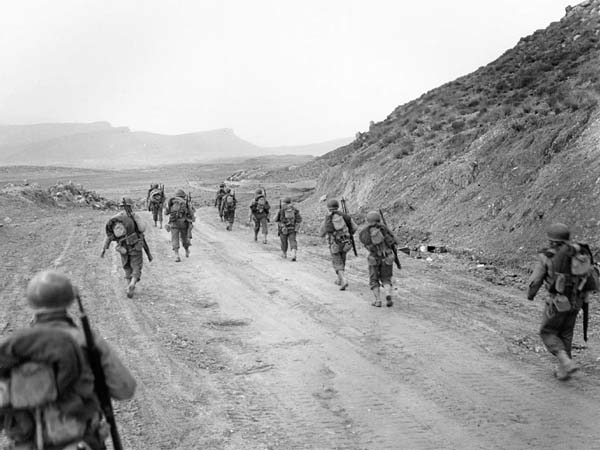 being the near-disastrous defeat that lead to vital restructure, and change in tactics. The German Field Marshall Erwin Rommel was considered to be a gentleman (as far as German officers went), and later participated in a failed assassination attempt on Hitler. It was his opinion that the Australian Forces represented the elite units of the Allied forces in the North African ‘Desert War’, this was based on the successful defense of the besieged Tobruk (240 days), and the Australian infantry’s innovative means of engaging the German ‘Blitzkrieg’ Panzer strategy, which up until then was unstoppable without the large-scale use of artillery.

Rommel’s losses are surprisingly massive. How much of the material lost was actually German, what portion of them were caused by military action, and what were the Allied losses in material? The British campaign in North Africa in 1940-1942 against the Italians and ultimately the German Afrika Korps, became crucial as a prelude to the eventual “second front” in the European Theater of World War II. If North Africa had been lost,D-Day would have been delayed at least and Germany could have focused on defeating the Soviet Union, with disastrous consequences for the Allies..

Rommel was implicated in the 20 July plot to assassinate Hitler. Due to Rommel’s status as a national hero, Hitler desired to eliminate him quietly. Rommel was given a choice between committing suicide, in return for assurances that his reputation would remain intact and that his family would not be persecuted following his death, or facing a trial that would result in his disgrace and execution; he chose the former and committed suicide using a cyanide pill.[8] Rommel was given a state funeral, and it was announced that he had succumbed to his injuries from the strafing of his staff car in Normandy. The Polish Air Force in WWII.

Forgotten hero Leutnant Albert Battel.
Official end of the war in Europe was May 23rd 1945