The Most Reckless Warriors of the Third Reich: 12TH Panzer-SS Division Hitlerjugend.

Amid a dwindling supply of manpower, the existence of an entire generation of ideologically pure boys, raised as Nazis, eager to fight for the Fatherland and even die for the Führer, could not be ignored. The result was the formation of the 12th SS-Panzer Division Hitlerjugend.

, the idea came from then SS Gruppenführer Gottlob Berger

and the first commander was SS-Brigadeführer Fritz Witt.

A recruitment drive began, drawing principally on 17-year-old volunteers, but younger members 16 and under eagerly joined. During July and August 1943, some 10,000 recruits arrived at the training camp in Beverloo, Belgium. 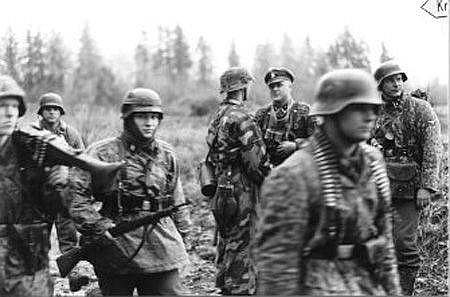 The 12th SS Panzer Division Hitlerjugend was the 12th German Waffen SS armored division, which fought during the last phase of World War II. The majority of its enlisted men in the Hitlerjugend Division were very young men, teenagers, drawn from members of the Hitler Youth born in 1926. The division first saw action on June 7, 1944, as part of the German defense of the Caen area during the Normandy campaign.

As the German Military was having a serious shortage of manpower after the surrender of the 6th Army at Stalingrad in February 1943, plans were put forth to create a 12th division in the Waffen-SS. Unlike some other divisions which were made up of foreign volunteers, this division would be created using the fanatic all German members of the Hitler Youth.

In September 1943, over 16,000 recruits had completed their basic training and were listed on the rosters of the SS Panzergrenadier Division Hitlerjugend. When the division was further training continued in Beverloo, Belgium, it was notified that it was to be formed as a Panzer rather than a Panzer Grenadier unit. In October 1943 the division received its final designation, 12th SS Panzer Division Hitlerjugend. Many of the recruits were so young that they were supplied with sweets and candies instead of the standard tobacco and alcohol ration 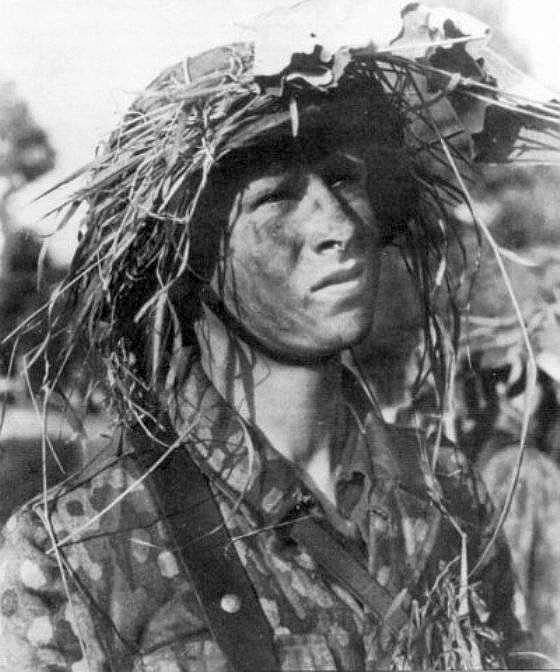 In April 1944 the 12th SS Panzer Division Hitlerjugend moved into its reserve area northwest of Paris and was declared fully operational. On D-Day, June 6, 1944 it was ordered to operate on the left flank of the 21st Panzer Division and throw the enemy west of the Orne into the sea and destroy him. When the Allies took the Normandy beaches and its surrounding areas, the SS Division Hitlerjugend, which consisted of 20,540 men, marched into the area to the north and west of the city of Caen.

The British and Canadian troops had been ordered to capture Caen within 24 hours of the D-Day landings. On the morning of June 7 the Hitlerjugend Division attacked and delivered many stinging defeats to the allies on that first day of battle. This SS Division now under command of SS-Brigadeführer Kurt “Panzermeyer” Meyer,

fought so ferociously that they kept the allies from taking Caen for over a month. The British and Canadian outnumbered these young German SS soldiers both in men and material, but the fighting spirit of this elite division stopped operations ‘Epsom’ and ‘Goodwood’ in their tracks.

The 12th SS Panzer Division Hitlerjugend fought against the Americans at the Battle of the Bulge, in the Ardennes forest. After the failure of the Ardennes counterattack, the division was sent east to fight the Red Army near Budapest, but eventually withdrew into Austria.On 14 January 1945,SS Oberstgruppenführer Sepp Dietrich‘s 6th Panzer Army

was ordered east to Hungary where it was to take part in an offensive to recapture the Hungarian oilfields and open the way to Budapest where 45,000 men of the IX SS Mountain Corps under command of SS-Obergruppenführer Karl Pfeffer-Wildenbruch

had been encircled. Karl Pfeffer-Wildenbruch was killed in a traffic accident on 29 January 1971, age 82 at Bielefeld. While the division was in transit, the IV Panzer Corps

under command of SS–Obergruppenführer Hermann Priess,

as a part of I SS Panzer Corps under command of SS Brigadeführer Otto Kumm,

arrived in Hungary in early February 1945, a few days before the city fell. The division next took part in Operation Spring Awaking, the operation to retake the Hungarian oilfields. The attack got underway on 6 March 1945; after initial success, the combination of the muddy terrain and strong Soviet resistance ground them to a halt. On 16 March, the Soviets forces counterattacked in strength, which forced the entire southern front to retreat towards Vienna the Soviet forces took Vienna on 13 April. Withdrawing through Odenburg and Hirtenberg, the division reached Linz, Austria near the American lines. On 8 May 1945, 10,000 personnel of the division, now under command of SS-Brigadeführer Hugo Kraas, surrendered near the town of Enns to the troops of the 65th Infantry Division, nicknamed “Battle Axe” 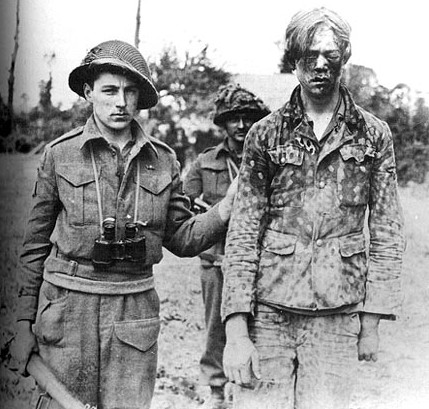 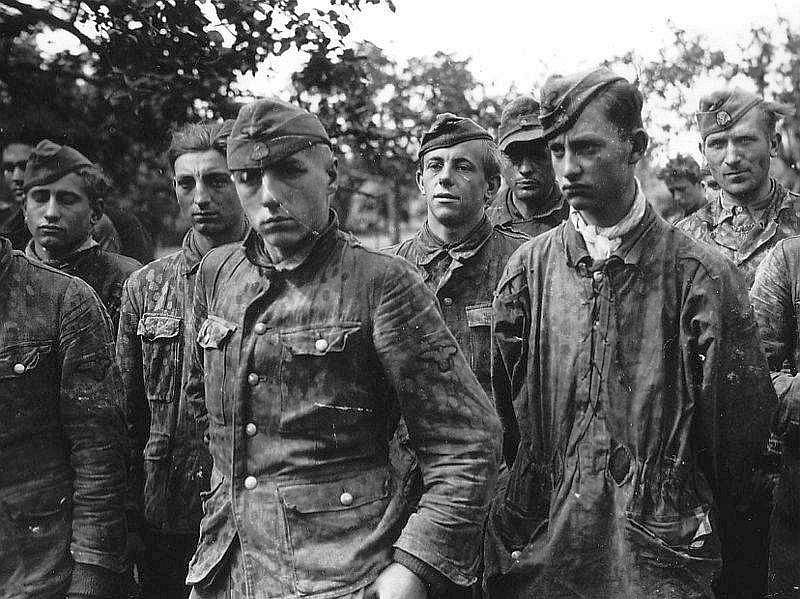 Proud and defiant until the end, they refused to drape their vehicles with white flags as ordered by the Americans and instead marched into captivity as if on the parade ground.

Some soldiers of the 12. SS-Panzer-Division Hitlerjugend were guilty of various war crimes during the war.In retaliation for a sabotaged train, eighty-six civilians from Ascq were murdered on April 2, 1944. A few months later, about 40 Canadian prisoners of war were murdered by various units of the division during fighting in Normandy. On August 30 that same year, twenty-one civilians from Tavaux were murdered by soldiers of the SS-Panzergrenadierregiment 25 and the 1. SS-Panzer-Division Leibstandarte-SS Adolf Hitler. The same regiment killed another fourteen civilians in Plomion a day later. In April 1945, a civilian was murdered who called them “extenders of the war”. Two Russian forced laborers were also murdered for threatening their employer. After the war, the German soldier Walter Emil Hermann was sentenced to eight years in prison for these crimes. Six officers of the division also served in the concentration camps or the Einsatzgruppen.