Wing, Leonard Ship “Red” , born 12-11-1893 in Ira, Vermont,  graduated from Rutland High School in 1910, and then attended Norwich University. Afterwards Wing studied law, attaining admission to the bar in 1917. Wing enlisted in the Army for World War I, served at Fort Ethan Allen, Vermont, Fort Gordon, Georgia, and Fort Dix, New Jersey. Wing completed officer training, received a commission and attained the rank of First Lieutenant. He served as the supply officer for the 2nd Infantry Replacement Regiment until the end of the war, and was discharged at Fort Dix in December, 1918. Wing was promoted to Brigadier General in 1937 as commander of the 86th Infantry Brigade, at the time a subordinate command of the New England based 43rd Infantry Division,

. In 1941 the 43rd Division mobilized for service in the Pacific Theater. The 43rd Division came in action from 30-10-1942 from New Zealand and during their 370 days of combat, suffered 6.029 casualties. In 1942 Wing was named commander of the division’s 68th Field Artillery Brigade, and later that year he was appointed the 43rd ‘s Assistant Division Commander. Wing became commander of the division as a Major General in 1943. He successfully rebuffed attempts to replace him with a regular Army officer, as was done in most divisions, making him one of two National Guard officers to command a combat division in World War II. The other National Guard officer who  a combat division, Robert Spraque Beightler 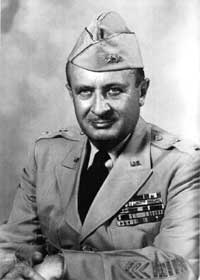 he died old age 85, on 12-02-1978, of the 37th Infantry Division, transferred to the regular Army in 1946, which is likely the source of the claim that Wing was the only National Guard officer to command a combat division in World War II. Wing’s success at keeping his command was especially noteworthy because he had been diagnosed with heart disease, and could have asked to be relieved on medical grounds. The 43rd Division, named “Winged Victory” in honor of its commander, saw action at Guadalcanal, Rendova, New Georgia, New Guinea and Luzon. It played a vital role in the capture of the Ipo Dam outside Manila, Philippines, taking the city’s main water source intact and breaking Japanese resistance, an action for which it received the U.S. President Unit Citation and the Philippine Presidential Unit Citation. The 43rd Division served on occupation duty in Japan before being deactivated in October, 1945.

Wing’s plans to run for Governor were ended when he died of a heart attack at his home in Rutland on 19-12-1945, age 52. He was buried in Rutland’s Evergreen Cemetery. 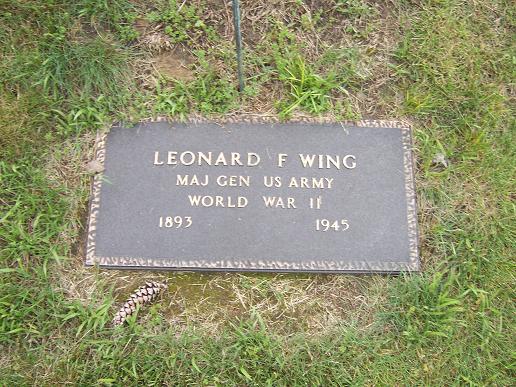