Captain of the 7th Light Infantry Parachute Battalion as part of the British 6th Airborne Division, landing in Normandy on D-Day.

Between his two sons Seamus and Peter at St. Guthlacs the church in Little Ponton, Lincolnshire, England.

to, Andrew William Palethorpe Todd, who was an Irish physician and an international Irish rugby player who gained three caps for his country. Richard spent a few of his childhood years in India, where his father, a British officer, served as an army physician.

Later his family moved to Devon and Todd attended Shresbury. Upon leaving school, Todd trained for a potential military career at Sandhurst before beginning his acting training at the Italia Conti Academy.

This change in career led to estrangement from his mother. When he learned at age 19 that she had committed suicide, he did not grieve long for her, he admitted in later life. He first appeared professionally as an actor at the Open Air Theatre’s Park in 1936 in a production of Twelfth Night.

He played in regional theatres and then co-founded the Dundee Reportory Theatre in 1939. During the World War II, Todd joined the British Army, receiving a commission in 1941.

Initially, he served in the King’s Own Yorkshire Light Infantry

before joining the Parachute Regiment

and being assigned to the 7th Light Infantry Parachute Battalion under command of Colonel Hilaro Barlow, as part of the British 6th Airborne Division 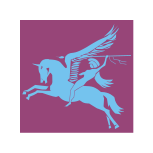 Gale died at his home in Kingston upon Thames on 29-07-1982, just four days after his 86th birthday. On 6 June 1944, as a captain, he participated in the British Airborne Operation Tonga during the D-Day landings.

Todd was among the first British officers to land in Normandy as part of Operation Overlord. His battalion were reinforcements that parachuted in after glider forces had landed and completed the main assault against Pegasus Bridge near Caen. He later met up with Major John Howard

on Pegasus Bridge and helped repel several German counterattacks. As an actor, Todd would later play Howard in the 1962 film The Longest Day,

while Todd himself was played by another actor.

After the war, Todd returned to repertory theatre in the UK. He was appearing in a play when he was spotted by Robert Lennard, a casting director for Associated British Picture Corporation. That company offered him a screen test, and subsequently signed him for a long-term contract in 1948. His active acting career extended into his eighties. The Dam Busters (1955) in which Todd played Wing Commander Guy Gibson,

which would become the defining role of his movie career for which he would be remembered. He was appointed an Officer of the Order of the British Empire In 1960 he had a son Jeremy with model Patricia Nelson. He was married to model Virginia Mailer from 1970 until 1992; they had two sons, Andrew and Seamus (1977–1997). In retirement, Todd lived in the village of Little Ponton and later in Little Humby, 8 miles from Grantham, Lincolnshire. Two of Todd’s five children committed suicide. In 1997, Seamus Palethorpe-Todd shot himself in the head in the family home in Lincolnshire. An inquest determined that the suicide might have been a depressive reaction to the drug he was taking for severe acne. On 21-09-2005, Peter killed himself with a shotgun in East Malling, Kent, following marital difficulties. His sons’ suicides affected Todd profoundly; he admitted to visiting their adjoining graves regularly. He told the Daily Mail, that dealing with those tragedies was like his experience of war, “You don’t consciously set out to do something gallant. You just do it because that is what you are there for.” Todd, who had been suffering from cancer, died in his sleep at his Little Humby home on 03-12-2009, old age 90.

He is survived by his daughter Fiona and two of his four sons, Jeremy & Andrew. He was buried between his two sons Seamus and Peter at St. Guthlacs the church in Little Ponton, Lincolnshire, England.