General der Infanterie, Commander of the Replacement Army in 1939. 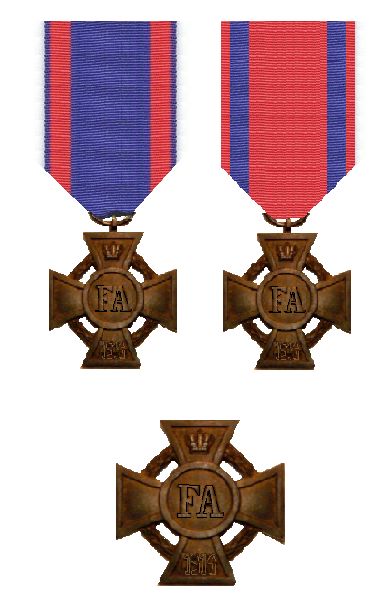 and his wife Marie Klara Rosalie Franziska Antonie Bronsart von Schellendorff. He visited the Gymnasium in Königsberg and Breslau. On 28-09-1905 he married Irmgard von Kracht, she died in 1974. In April 1892, age 12, he joined the Cadet School in Potsdam, Groß-Lichterfelde and was a page of the emperor. Three years later on 15-03-1898 he as a Leutnant entered the 1st Foot Garde-Regiment

, in Potsdam. After several years in Geneve and Paris he on February 1904 was transferred to Darmstadt with the Leibgarde-Infanterie-Regiment (1. Großherzoglich Hessisches) Nr. 115.

He followed a course for General Staff Officers and joined the High General Staff from 01-04-1905. With the outbreak of the first war, von Stülpnagel was the General Staff Officer in the X Army Corps and later with the 11th Army in the Balkan and the last year of the war he was on the battlefield. As a major he from September 1918 was working in the Reichsministery, responsible for personal matters. He remained in the Reichswehr

and climbed up to the rank of General of the Infantry on 31-12-1931.  In October 1929 he was promoted to Generalleutnant and assigned as commander of the Wehrkreis III, Military area in Berlin. As Generaloberst der Infanterie, Kommandeur 1st Division Königsberg, Wilhelm Heye

prevented this. General Heye died 11-03-1947, aged  78 in Braunlage. During the crises of Winter 1932/33 he was almost appointed as a Reichsminister in the cabinet Von Papen-Hitler, but this combination failed. He was the commander of the Replacement Army in 1939 but released after a few days as he saw Hitler’s war politic as a catastrophe, and expressed this. On 01-10-1936 he raised the Wehrmacht firm of publishers, but the company was expropriated by the Nazi Press office in 1943. He was imprisoned from 16-08-1944 after the failed bomb attack on Hitler, 20-07-1944, as family of the participants, Wehrmachtsbefehlshaber in France, Carl Heinrich von Stülpnagel

Hans Alexander von Voss who was married to Gisela von Stülpnagel, with whom he had a daughter and two sons, he was tipped off that he was about to be arrested. Hans-Alexander von Voss committed suicide in Heinersdorf, age 36, near Berlin on 08-11-1944, to avoid arrest and to protect his friends. Joachim Stülpnagel was released on 05-11-1944 without trial and was very lucky to escape. His son Leutnant Rochus Wilhelm on the other hand was killed in battle, age 19, in Italy and is buried on the war cemetery of Pomezia.

Retiring in Oberaudorf Joachim died at the old age of 88 on 17-05-1967 and is buried on the Stadtfriedhof of Oberaudorf. Also buried close by is the member of the cabinet Franz von Papen

and Oberst, commander of the II Battalion of the 164th Infantry Regiment, Hans Faasch.