One of the leaders of the Jewish paramilitary organization Irgun. In September 1940, he founded a breakaway militant Zionist group named Lehi, called the "Stern Gang" by the British colonial authorities and by their assistants in the Yishuv establishment.

the son of Leah Hadassah and Mordechai, a learned Zionist family. During the First World War his mother fled the Germans with him and his brother David. They found refuge with her sister in Russia. When he was separated from his mother the 13-year-old Avraham earned his keep by carrying river water in Siberia. Eventually, he stayed with an uncle in St. Petersburg before walking home to Poland. At the age of 18, in 1925, Stern emigrated on his own to Palestine. He moved to Eretz Yisrael Palestine in 1925 and studied briefly at the Gymnasia in Jerusalem before entering the Hebrew University. An outstanding student of the humanities, Stern won a scholarship to study classical languages and literature at the University of Florence. He returned to Eretz Yisrael in 1929 and joined the Haganah, and not long after left his studies to devote his energies entirely to fighting for Jewish independence. Haganah

was the Jewish paramilitary organization in the British Mandate of Palestina (1921–48), which became the core of the Israel Defence Forces (IDF).

In 1931, a group of Haganah fighters, rejecting what they deemed was moderation and restraint in the fight for Jewish independence, broke away from the Haganah and formed an armed resistance movement of their own, known as the Irgun. Stern, whose views had become much more militant following the Arab riots of 1929, became an active member of the Irgun. He took on the underground name of “Yair,” in tribute to the commander of the zealots at Masada, Eliezer Ben Yair. During the 1936–1939 Arab revolt in Palestine, the Haganah worked to protect British interests and to quell Arab rebellion using the FOSH, and then Hish units. At that time, the Haganah fielded 10.000 mobilized men along with 40.000 reservists. Although the British administration did not officially recognize the Haganah, the British security forces cooperated with it by forming the Jewish Settlement Police, Jewish Supernumerary Police and Special Night Squads, which were trained and led by Colonel Orde Wingate.

The battle experience gained during the training was useful in the 1948 Arab–Israeli War. Stern, who viewed the British, more then the Arabs, as the primary enemy of the Jews and the principal obstacle to Jewish independence, called strongly for an armed struggle against the British he compiled a manual on the use of the revolver, the first of its kind in Hebrew. Raziel a fighter of the Jewish underground during the British mandate, and one of the founders of the Irgun. On May 20, a bomb from a German aircraft killed Raziel, age 30 and the British officer with him near an oil deposit in Habbaniyah. In 1937, following the Arab riots, the Irgun split, with many of its members returning to the Haganah. Stern and others who refused to accept Haganah leadership remained in the Irgun under the command of Ze’ev Jabotinsky

and continued their militant activities. Jabotinsky died of a heart attack in New York, on 04-08-1940, age 59, while visiting a Jewish self-defense camp run by Betar. Stern went to Poland to establish Irgun training courses there and to obtain arms. Returning to Eretz Yisrael, he was imprisoned by the British from August, 1939 to June, 1940. Stern insisted that the struggle against the British remain independent of any political linkage, even to Jabotinsky’s Revisionist party. He also vehemently opposed tempering the resistance in any way, and thus, in August, 1940, when the Irgun decided to suspend their attacks on the British during World War II, Stern formed a radical splinter opposition group, known as Lehi movement

, an acronym for “Lohamei Herut Yisrael.” He maintained that, even in the face of the Nazi threat, it was the British who posed the major threat to the Jews; doubting the Allies could win the war, he even advocated an alliance with Nazi Germany and Fascist Italy, believing these ties would assist the nationalist effort in Eretz Yisrael. Stern’s extremism, coupled with several robberies committed by members of his group, earned Lehi the resentment of many Jews in Eretz Yisrael, as well as the British. By 1942 the British had offered a reward for Stern’s capture.

Avraham Stern and his wife Roni

The fake identity card Avraham Stern was trying to destroy when he was arrested in Tel Aviv.  On 12-02-1942, the British discovered and forced their way into Stern’s hiding place in Tel Aviv, and killed him immediately, unarmed with no chance of escape. The building is now a museum of the Lehi movement. His son, Yair 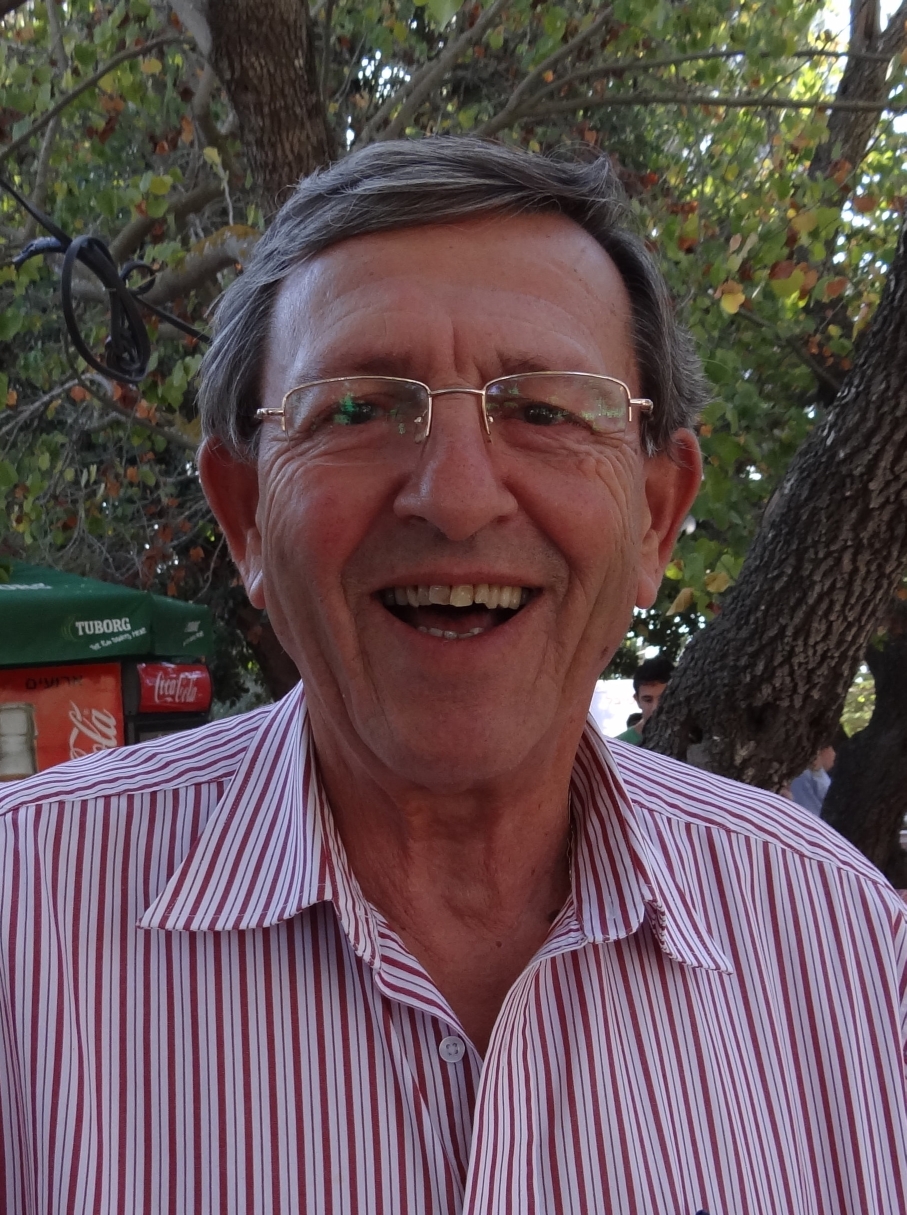 , born a few months after Stern’s killing, is a veteran broadcast journalist and TV news anchor who once headed Israel Television. Avraham Stern, age 34, is buried on Nahalat Yitzhak Cemetery in Givatayim.