Charles attended the Command & General Staff School, in 1928. He was Quartermaster, Mitchel Field, New York from 1930 to 1931. Instructor at the Cavalry School to 1932 and manager of the US Olympic Equestrian Team to 1933. He then attended three years the Army War College and became a Officer in Charge of Material & Equipment Section, office of the Chief of Cavalry until 1940. Assigned as Commanding Officer 13th Cavalry Regiment to 1940. During world War II he was the assistant Chief of Staff (G-3), 1st Corps Area and Commanding General 2nd Armored Division, nickname “Hell on Wheels”

until 1941. In 238 battle days, the 2nd Armored suffered 7.348 casualties, including 1,160 killed in action. Members of the division received 9.369 individual awards, including two Medals of Honor, twenty-three Distinguished Service Crosses, and 2.302 Silver Stars as well as nearly 6.000 Purple Hearts; among those receiving the Silver Star were Douglas MacArthur, Edward “Ted” Brooks,

Appointed as the Acting Chief of the Armored Force and Commanding General of the 1st Armored Corps to 1942. Scott became the Senior US Military Observer with 8th British Army

in Egypt, under Bernard Montgomery, 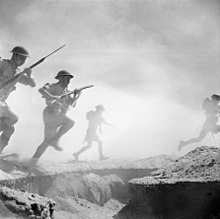