Schwabedissen, Walter, born 16-06-1896 in Iven, Pommeria, entered the Army a few days before the outbreak of World War II, on 29-07-1914, age 18, as a Fahnenjunker.  The son of Superintendent Heinrich Karl Franz Schwabidissen joined the 45th Lauenburgisches Feldartillerie-Regiment

and promoted to Fähnrich on 15-10-1914 and to Leutnant on 27-01-1915. He was in the fields as a Battery commander with this regiment and started a pilot training mid July 1915. He became an observer with the 11th Field Flyer Squadron on the Western front.

, the Knight’s Cross of the Königlich Preußischen Hausordens von Hohenzollern with Swords

and both the Iron Crosses.

After the war he joined the Freicorps Hülsen 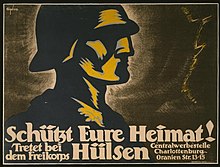 and later joined the Security Police Service in Berlin, Gauleiter there is Josef Goebbels (did you know)

He married Hannah Klose, they got two daughters and he retired on 31-01-1920 from the Army. He reactivated in the new Reichswehr’s Luftriko, Air Peace Commission. On 15-12-1934 he was appointed as Goering’s (did you know) Luftwaffe adjutant to Führer and Reich Chancellor Adolf Hitler (did you know). From 01-08-1935 he was commander of Flyer Corps Merseburg and promoted to Oberstleutnant. With the beginning of World War II he was appointed as Chief in Staff of the 1st Flak Corps and succeeded by General der Flakartillerie, Wolfgang Pickert on 22-05-1940 and landed in the Führer Reserve. On 26-06-1940 he changed as Chief of Staff to the Wehrmacht Commander in Holland, General der Flieger, Friedrich Christiansen

(see About) and Naval commander, brother Karl of Christiansen.

Schwabedissen was promoted to Generalmajor on 01-08-1940 and hold his position in Holland until end 1941. He became the commander of the 2nd Jagd Division

who crashed and is buried in Stade  Promoted to Generalleutnant on 01-08-1942, he took the command of the 5th Jagd Division

in Schleisheim. The youngest Generalleutnant in WWII with 36, was Theodor Tolsdorff,

After a change of names his division was attached to the 7th Jagd Division mid September 1943 with him as commander. He lost this command in November 1943 to Oberst Harry von Bülow-Bothkamp,

Mid September 1944 he lost his command to General der Flieger, Chef der Lufwaffe Personal Buro, Rudolf Meister and again in the infamous Reserve. To the disposal of of Air Region Command VII in Munich and in January 1945 Commanding General of Support Staff of the Royal Hungarian Luftwaffe to 21-04-1945 as he landed again in the Reserve. He again was to the disposal of the Air Region VII in Munich and in West Allied captivity.

Schwabedissen was released in June 1947, his wife Hanna Klose, died in 1951 and he married Irmgard Abel, on 02-04-1955. He died at the very old age of 92, on 19-02-1989 and is buried with his wives Hannah, born Klose, who died age 53, in 1951 and Irma, born Abel, on the cemetery Planeggerstrasse in Gauting. Only steps from the graves of the WWII General der Infanterie, Kommandeur LIII Heeres Regiment, Adolf Ritter von Ruith, Generalleutnant der Flakartillerie, Kommandeur der 26th Flak Division, Rudolf Eibenstein. On the Waldfriedhof of Gauting is buried Generalmajor der Flieger, Commander Airport Region Commander 4/VIII, Friedrich Baerens.