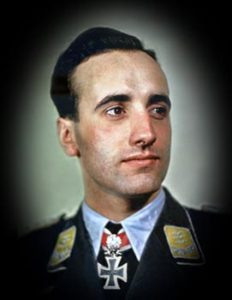 near Stuttgart. His home the Schlossbergkellerei was in the Black Forest township of Calw and he was to be the eldest of four children, the other boys Manfred and Eckart and a girl, Waltraud. 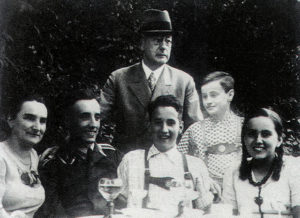 of mechanical engineer and merchant Alfred Schnaufer and his wife Martha, born Frey. Schnaufer, at the age of six, went to the local Volksschule (primary school) at Calw. After completing his fourth grade, he received two years of schooling at the Oberschule, also in Calw. At the age of 14 he expressed his desire to become an officer, which Schnaufer saw as a calling rather than a profession. School friends claimed that he was three to five years ahead of his peers in his thinking. At the age of 17 he graduated from high school with distinction in November 1939 and joined the Deutsches Jungvolk (German Youth)

, a secondary boarding school founded under the recently established Nazi state. The goal of the Napola schools was to raise a new generation for the political, military and administrative leadership of the Third Reich. Schnaufer was considered a very good student, finishing top of his class every year. Aged seventeen he graduated with his Abitur (diploma) in November 1939 with distinction. At the Napola school he also received the Reichs Youth Sport Badge (Reichsjugendsportabzeichen)

, and completed his B-license to fly glider aircraft. In 1939 Schnaufer was one of two students posted to the Napola in Potsdam. Although christened ‘Heinz Wolfgang”, he was universally known simply as “Heinz”. He grew up in prosperous circumstances, his father being a wine-merchant of some substance. He was gifted both academically and athletically, and in 1938, at the age of 16, entered the NPEA (National Political Educational Establishment) at Backnang, moving the following year to the NPEA

at Potsdam. An NPEA was a training school for young men specially selected for advancement in the service of the National Socialist Party, and Potsdam was the NPEA at which those opting for a flying career in the Luftwaffe were introduced to flying training. Heinz Schnaufer entered Hermann Goering´s (did you know)  Luftwaffe

as a trainee officer-pilot in November 1939, and completed his flying training in 1941. At the Heavy Fighter School at Wunstorf he met Friedrich “Fritz” Rumpelhardt

who became his funker (radio/radar operator) and flew with him, with a break in 1943, until the end of the war. At this time Schnaufer and Rumpelhardt agreed to volunteer to fly with the newly-formed Nachtjagd, the night-fighter arm of the Luftwaffe. In November 1941, on completion of their flying training, they were posted to II./NJG 1 at Stade, near Hamburg, later transferring with the same unit to Saint-Trond

, Belgium. Throughout his career Schnaufer only flew the Bf 110 operationally, despite subsequently commanding a Geschwader equipped with the Ju 88. Schnaufer’s first operational experience came in February 1942, when II./NJG 1 were detached to fly escort for the capital ships Scharnhorst, Gneisenau and Prinz Eugen when they broke out from Brest en route for Norway. His first ‘kill’, however, did not come until the night of 1st on 2nd June 1942, when he shot down a Handley-Page Halifax near Louvain, Belgium. By the end of the year his score stood at only 7, including three in a night on 1st August. It has often been said that Schnaufer was a “slow starter”, but at that time Bomber Command activity in his area was only moderate. Schnaufer was promoted Oberleutnant in July 1943, when his score stood at 17. In August he transferred to IV./NJG 1 at Leeuwarden, Holland, where he became Staffelkapitan 12./NJG 1 (IV./NJG 1)

where he succeeded Hans Joachim Jabs

Jabs died old age 85, on 25-10-2003. Schnaufer remained there, with a detachment to Quakenbruck in September/December 43, until March 1944, when he was appointed Kommandeur IV./NJG 1 and moved with the unit back to Saint-Trond. By this time he had shot down 47 RAF bombers. 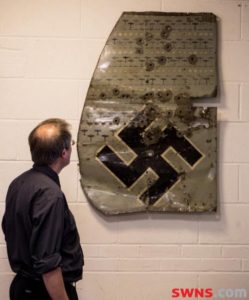 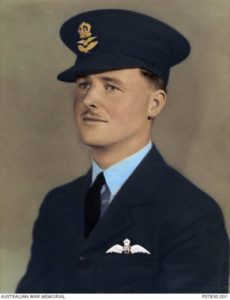 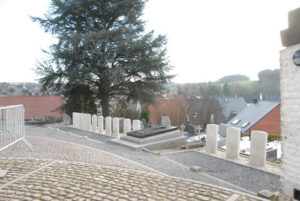 over Belgium at just after 04:00am early Only one man survived.

There was also, by this time, a third man in Schnaufer’s crew, Wilhelm Gansler, employed mainly as a look-out, an “extra pair of eyes”. In December 1943 Schnaufer had been awarded the Ritterkreuz,

with his score standing at 42. Schnaufer remained as Kommandeur IV./NJG 1 until November 1944, being promoted Hauptmann in May 1944 and receiving the Eichenlaub in June after 84 victories. He was awarded the Schwerter in July, with his score at 89. In July, too, his two crewmen,

Rumpelhardt died old age 90 on 20-01-2011 in Kehl. Both his twin brothers were killed in action as Luftwaffe pilots during the war. Wilhelm Gänsler died age 60 on 22-11-1985 in Calw. In September 1944 IV./NJG 1 retreated back into Germany, being stationed temporarily at Dusseldorf and Dortmund. Schnaufer achieved his 100th night-time victory on 09-10-1944, for which achievement he was awarded the Brillanten by Adolf Hitler (did you know).

As the Night fighters successes increased , so to did their losses.Oberlieutnant Schnaufer , Kapitan of 12./NJG.1 delivers the final words at the graves of Franz Ruhl. 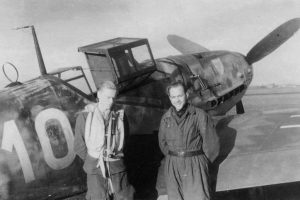 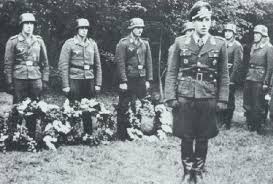 In the afternoon of 24-12-1944, Ruhl, age 22, led a schwarm and rendezvoused with another schwarm of 10./JG 3 on a freie Jagd over the Schneeifel. USAAF fighters were encountered and, in the subsequent aerial comba Ruhl’s Bf 109 G-10 (W.Nr. 490 423) “Green 2” was badly hit. The aircraft entered a vertical dive, crashed and exploded. Ruhl had no chance to exit his doomed aircraft and was killed.

The following month Heinz Schnaufer, still only 22 years old, was made Kommodore Nachtjagdgeschwader 4, based at Gütersloh. At the end of the year his score was 106. In December he was promoted Major. Schnaufer’s greatest one-off success came on 21-02-1945, when he destroyed 9 RAF heavy bombers in the course of one day, two in the early hours of the morning and a further seven in the evening. Post-war research suggests that in fact his total that day was 10, one claim not having been acknowledged. At the end of the war Schnaufer’s official tally stood at 121.

Following the conclusion of the War, ace Georg Hermann Greiner

and close friend Heinz-Wolfgang Schnaufer were arrested illegally crossing the German-Swiss border attempting an escape to Argentina. After the arrangements with the embassies in Bern were made, they crossed the border on 23-09-1946. Schnaufer could not be away from his family’s wine business for too long and suggested crossing the border illegally. The negotiations failed and the two were caught on their return. The Swiss handed Greiner and Schnaufer over to the French Army. Both Greiner and Schnaufer were detained in an Allied prisoner of war camp in Lorrach for 6 months and released in 1947. Greiner went on to study law and returned to service in the German Air Force in 1957, retiring with the rank of Oberstleutnant in 1972  He was taken prisoner by the British in May 1945 at Eggebek in Schleswig-Holstein, but was released later that year and returned to Calw, where he took over the reins of the family wine business, his father having died during the war. Greiner died 26-09-2014, aged 94 in Wangen im Allgäu, 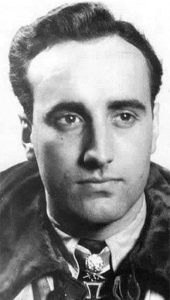 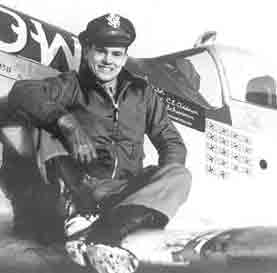 By the time of his death in 1950 he had built up the business to a very prosperous concern in Calw. 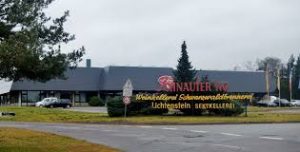 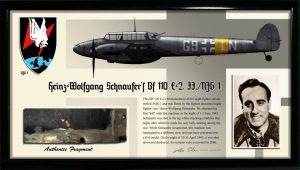 His end came when, during a wine-purchasing visit to France, his open sports car was in collision with a lorry on the main road south from Bordeaux. The lorry driven by Jean Antoine Gasc had failed to observe right of way and entered the main road illegally. Heavy gas cylinders from the lorry fell on to Schnaufer’s car, at least one of them hitting Schnaufer on the head. The collision ruptured the fuel tank of the Mercedes and ignited the petrol. Witnesses to the accident quickly put out the flames. Alice Ducourneau gave first aid to Schnaufer, who was bleeding from a wound from the back of his head. The police appeared at the scene of the accident at about 19:30 followed by an ambulance shortly after. Suffering a fractured skull, he was then immediately taken to the Saint-André Hôpital in Bordeaux  He died in hospital two days later, on 15-07-1950, age 28 on 16-11-1950. Gasc was found guilty of not yielding the right of way, and his speed was considered too high. It was ruled that as a consequence of not observing the law, he involuntarily caused the death of Schnaufer. Heinz Wolfgang Schnaufer is buried on the local cemetery of Calw, along the wall.. 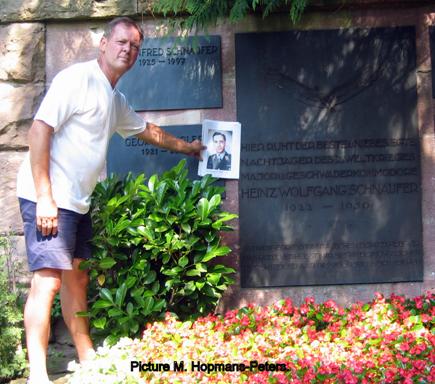 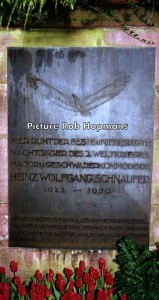 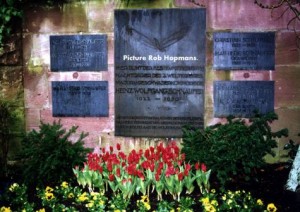 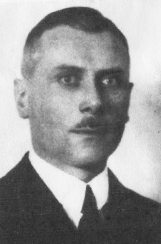 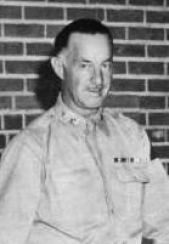