The wife of Colonel Claus Schenk Graf von Stauffenberg, the leader of the failed plot to assassinate Adolf Hitler on 20 July 1944.

She married Oberst Claus von Stauffenberg, an officer in the German army and a key player in the internal conspiracy to assassinate Hitler during World War II. Nina and Claus Schenk Graf von Stauffenberg first met around 1930 and were married on 26-09-1933 in Bamberg. General Paul von Hindenburg

is buried in Bamberg

Konstanze was born six months after the death of her father. She lives in Zurich. In 2008 she published a biography of her mother

Nina was a loving wife and mother, well aware and supportive of her husband’s involvement in the plot to kill the Fuhrer. On the day of the assassination attempt, her mother called the children to her and told them what had happened. She told the 10 and eight-year-old sons: “Papa made a mistake and that is why they shot him.” She told them that assuming that the Nazis would interrogate the children. Distancing herself from his actions, difficult as it was for her, was a strategy to protect them. She also told them that she was pregnant and was expecting a child. “A fateful moment,” said Constanze von Schulthess. “Life and death were shaking hands.”After “Operation Valkyrie” fails, Claus is executed and Nina is arrested by the Gestapo, accused of being a co-conspirator, with the four von Stauffenberg children sent to an orphanage under the false name of “Meister.” Nina von Stauffenberg was pregnant at the time of Stauffenberg’s death, and gave birth to her fifth child, Constanze, in January 1945, while imprisoned in a Nazi maternity center in Frankfurt an der Oder.

That same year, nina’s own mother, Anna, died in a Russian camp. By the end of World War II, Nina had been moved to the Italian province of South Tyrol, where she was held as a hostage in return for the redemption of Nazi property. After the war, she was reunited with her family at the Stauffenberg family seat in Lautlingen, Baden-Württemberg.

She is buried on the local cemetery of Kirchlauter, Bavaria. 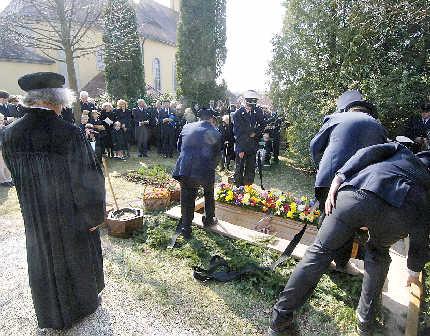 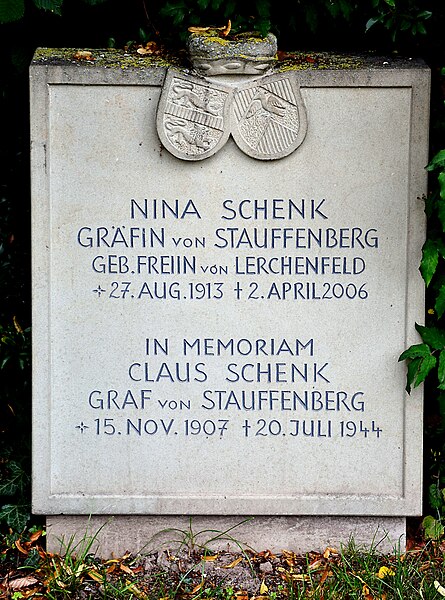