Her mother was a Mennonite and her father was attached to the Social Democratic Workers’ Party. When Jo was seven, her older sister Annie died of diphtheria, a contagious disease that had not yet been vaccinated.

Many children died from it. Then her parents only had Jo and they were always afraid that they would lose her too. Even when the weather was warm, Jo had to wear a vest, or she might get cold. And she was always warned to look out on the street. Jo went to the Tetterodeschool, near where she lived, near the Kleverpark in Haarlem.

She was a good student and loved to read. She was shy and had no boyfriends or girlfriends. According to her niece, she was bullied with her red hair and freckles. After primary school she went to HBS (something like now VWO). She had no friends there either. She did not participate in school parties or other activities. She was silent, always learning. Jo wanted to get the highest grade in the class. Usually she did.”During her law studies at the Universiteit van Amsterdam  she became friends with the Jewish students Philine Polak

Sonja died in Auschwitz, age 22, on 13-11-1942. Philine  Lachman-Polak survived the war and died on 17-03-2018, age 97. This made Hannie feel strongly about actions against Jews. With the German occupation of the Netherlands in World War II university students were required to sign a declaration of allegiance to the occupation authorities. When Hannie refused to sign the petition in support of the occupation forces, she could not continue her studies and moved in with her parents again. She became more and more active in the resistance movement and helped people who were hiding from the Germans with stolen IDs and food-coupons. She joined the Raad van Verzet, a resistance movement that had close ties to the Communist Party of the Netherlands, the CPN

. Her motivation to join the communists was that they were at least resisting actively. With her friend Truus

and glasses and a mop of hair, she carried out various attacks on Germans, collaborators and traitors. She learned to speak German fluently and got involved with German soldiers. Some resistance members considered her a traitor for that. After a sub-department of the Raad van Verzet in Velsen killed a farmer, without authorization from the groups’ leaders, Hannie brought a list of names of the ones who did that to her leaders. Afterwards the named people on this list were given to the Sicherheitsdienst

, which meant a certain death. Most likely Hannie did not know the result her action would have. After the war this episode was investigated by a special commission. Hannie and Bonekamp shot the NSB

aggressor and baker, Piet Faber, on 08-06-1944, he died six days later. Hannie together with Johanns Bonekamp

in Zaandam, they shot him, age 46, riding on their bikes, at last as several earlier attempts failed.

Hannie was a quiet silent girl, Jan Bonekamp a recklessness and resolute man, not a good couple. Hannie Schaft could escape, but Jan Bonekamp got bullets in his abdomen and dorsal vertebra in the shooting afterwards and they let him die without any help. Hannie Schaft was hated by the German occupiers, because just before the end of the war she carried out various attacks that were pointless in the eyes of the Germans. She was arrested in Haarlem while distributing the illegal communist newspaper de Waarheid, the Truth. Although at the end of the war there was an agreement between the occupier and the Binnenlandse Strijdkrachten 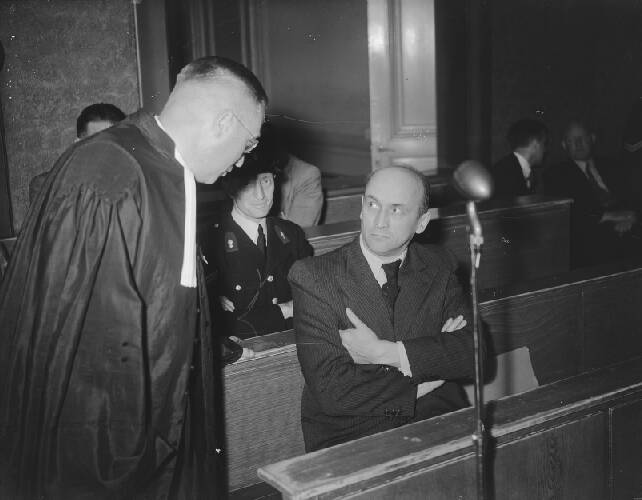 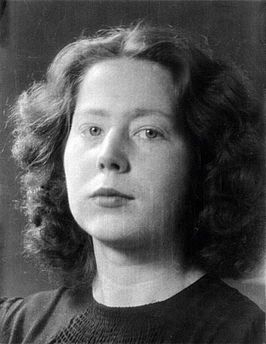 On 17th of April Hannie was taken from her cell by Mattheus Schmitz and the Dutch collaborator Maarten Kuiper, a policeman,

he was also involved in the arrest of the Anne Frank

family and executed, age 49, on 30-08-1948 in Fort Bijlmer. Hannie screamed as she understood what was going to happen and was put in a car with the Germans Korbs and Willy Klüting, armed with machine guns and driven to Haarlem, where a Gefreiter of the Field Gendarmes

with a spade got in. They stopped near the dunes of Overveen and Schmitz and Kuiper joined her into the dunes, while the Gefreiter was following in a snail’s pace, hundreds of people were already executed here. Walking shortly behind her, Schmitz shot with his pistol in Hannie’s head, but the bullet glanced. She shouted ow and supposedly said to her executioners: “I shoot better than you”, after which Kuiper with his machine gun delivered the final shots.

Kuiper and the Gefreiter digged a small grave and covered the body with sand, but too hasty so that Hannie’s red her was still visibly. After the war, in these dunes the remains of 422 resistance people were found, 421 men and one woman, Hannie Schaft. She was reburied at the honorary cemetery at the dunes in Overveen in the presence of princess Juliana and her husband Prinze Bernard von Lippe Biesterfeld.

Later, as queen, Juliana unveiled a bronze commemorative statue in the Kenau Park in nearby Haarlem,

her birth place. Hannie Schaft also received the ‘Wilhelmina resistance cross’ and a US decoration.
Another Dutch traitor was shot riding on his bike. 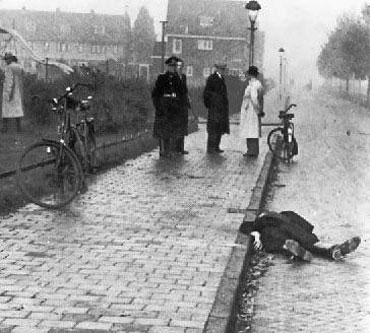 The traitor, policeman Fake Krist was shot by the resistanceman Gommert Krijger on 25-10-1944, leaving his house in Haarlem, three earlier attempts also by Hannie Schaft failed. Hanny Schaft and Truus Oversteegen wearing man clothes, waited some further to do the same, but Krijger already found his destiny.

As reprisal for this assassination ten men from the prison at de Weteringschans in Amsterdam were shot public against a wall close by. Truus Menger-Oversteegen, above, survived the war, till now. Another Dutch traitor, major of the police J.c Tetenburg, 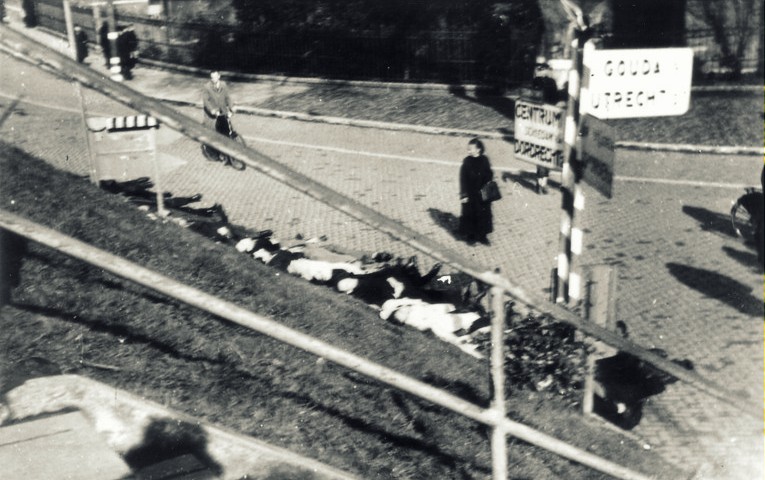 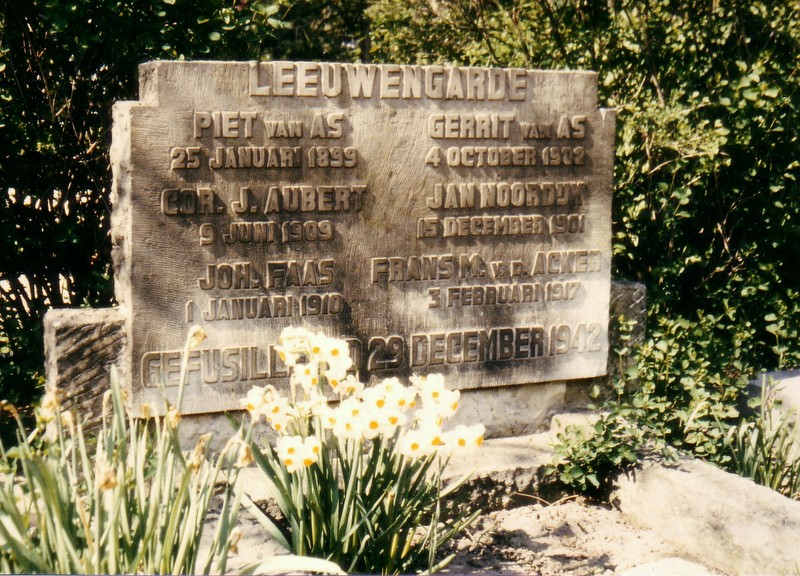 who hunted on Dutch resistance men with the German SD, was liquidated on 31-03-1945 in front of his police station at the Hoflaan in Rotterdam-Kralingen. As a reprisal the German executed 20 accidental prisoners at the Oostzeedijk short by the assassination spot, on 03-04-1945. Six of them, members of the resistance group “De Leeuwengarde”  were buried on the cemetery of Crooswijk a suburb of Rotterdam.
Hannie Schaft was reburied