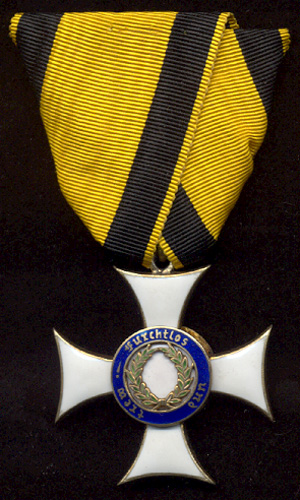 the son of a domain lessee, joined the Army Service in 1903 age 19, as a Fahnenjunker in the 10th Württembergische Infantry Regiment Nr 180

, in Tübingen. Promoted to Battalion Adjutant in 1910, Oberleutnant in 1912 and in 1913 to Regiment’s Adjutant. With the outbreak of the first World War he as a Hauptmann was a Company Chief. At the end of the war he was a General Staff Officer and commander of the III Battalion of his old Regiment. Ruoff was allowed in the new Reichswehr in the Staff of the 5th Division

climbed up to the rank of Major General in 1936 and became a Lieutenant General in 1938 and the Chief of the General Staff of the 5th Army Corps, in Vienna. On 01-05-1939 before the outbreak of World War II he was appointed as Commanding General of the VI Army Corps

With this corps Ruoff was involved on the Western front, captured the River Maas bridge and penetrated up to the Aisne area in the south of Belgium.

The rebuilt VI Corps was allocated to Fourth Army

where it faced the East Prussian Offensive from January 1945. It was encircled in the Heiligenbeil pocket on the Baltic coast, and destroyed there in March. Transferred to the Eastern Front and attacked over Suwalki, with the Army Corps Central, under General Field Marshal, Fedor von Bock

Hoepner involved in the 20 July bomb attack, was hanged in Plötzensee, age 57, on 08-08-1944. His son leutnant Gerhard was killed in action, age 20, on 18-09-1941, in Russia. Richard Ruoff lost his command to SS Obergruppenführer, Kommandeur der 7th Heeresgruppe, Herman Hoth

and again promoted, now to Generaloberst, he took the command of the 17th Army Corps

and led this Corps into the region of the Don bridgehead in the Caucasus. In June 1943 Ruoff age 60, lost his command to Generaloberst Erwin Jaenecke

and landed in the infamous Führer Reserve and didn’t get a command anymore.

After the war he lived near the Bodensee and died at the old age of 83, on 30-03-1967, in Tübingen. Ruoff is buried with his wife Marta, who died old age 95, on 10-04-1984, on the Bergfriedhof of Tübingen. Close by the graves of Generalleutnant der Infanterie, Kommandeur der 101st Jäger Division