Rennie was commissioned into the Black Watch in 1918.  The Scotland’s Black Watch

is an elite military regiment whose history stretches back almost three centuries. He served in World War II being taken prisoner at Saint-Valery-en-Caux and then escaping nine days later. Major-General Thomas Rennie, GOC 3rd Division, studying a map with other officers at Divisional HQ during an exercise, 01-05-1944.

in 1942, leading the battalion at the Second Battle of El Alamein in October 1942, and then becoming Commander of the 154th Brigade and leading that formation for the allied invasion of Sicily in July 1943.
In December 1943 he was appointed General Officer Commanding 3rd Division, Iron Sides

in which role he took part in the Normandy landings in June 1944. He was then made General Officer Commanding 51st (Highland) Division, nickname “Harper’s Duds” and “Ladies from Hell”

but in March 1945, after crossing the Rhine, he was killed by mortar fire. The 51st Highland Division was the most famous infantry division that fought with the British Army in WW II. It was the only infantry division in the armies of the British Empire that accompanied Monty from during Alamein to Berlin. After the 1940 disaster at St Valery when many were killed or captured,

the re-formed 51st were a superlative division, brilliantly inspired and led.  On 12-06-1940, the division was taken captive in St Valery more than a week after the mass evacuation at Dunkirk. The force, under the command of Major-General Victor Fortune

, had also hoped to be evacuated back to Britain from the port of St Valery-en Caux, but after German forces were able to secure a commanding position overlooking the town, it was forced to lay down its arms.The ‘Highway Decorators’ fought with consummate success through North Africa and Tunisia and from Normandy into the heart of Germany. Blooded at Alamein – where they suffered over 2000 casualties – they pursued the Afrika Korps

via Tripoli and Tunis fighting fierce battles along the way. They lost 1.500 men helping to liberate Sicily. Back to the UK for the second front, the Highlanders battled their way through Normandy bocage, the break-out to the Seine, triumphal re-occupation of St Valery, and were the first troops to cross the Rhine, fighting on to Bremen and Bremerhaven. In the eleven months fighting in NW Europe in 1944 and 1945 the Highlanders suffered more than 9.000 casualties. Operation Plunder was the crossing of the River Rhine at Rees, Wesel, and south of the Lippe River by the st, under Lieutenant-General Sir Miles Dempsey,

General Bernard Montgomery had feared hat the Germans would make a determined stand at this difficult crossing. Everywhere along the front the Allies advanced and fought their way into positions of the east bank. 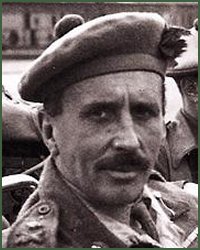 He was then made General Officer Commanding 51st Highland Division but on 24-03-1946, after crossing the Rhine, he, husband of Elizabeth Johnston Smith, of Burnside, Rutherglen, Lanarkshire, was killed by mortar fire. Tom Rennie, age 45, is buried on the Reichswald Forest War Cemetery, Kleve, Germany. 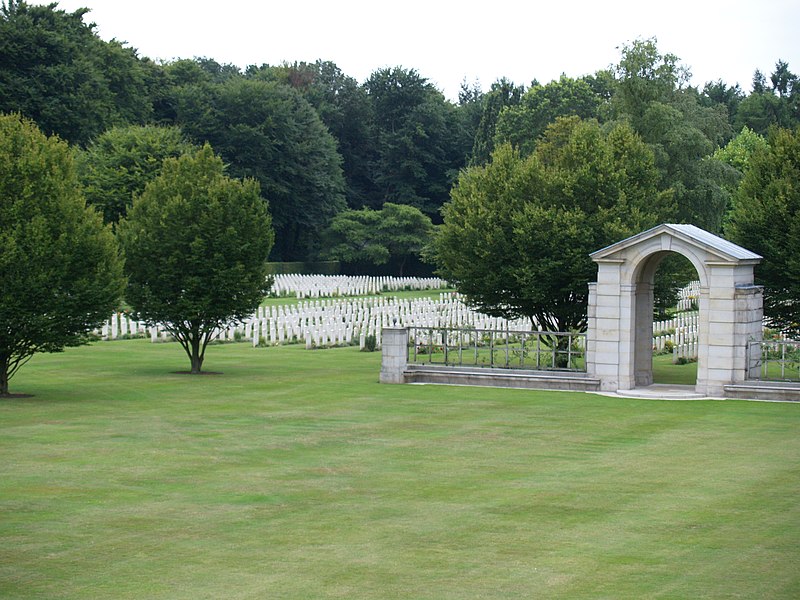