participating as a wrestler in the 1920 games. He was the brother of Joseph Redman, also a naval communications officer. He reached the active rank of Rear Admiral in March 1944. In February 1942, with the reorganization of U.S. Navy signals intelligence, he was put in charge of OP-20-G, the section of naval communications responsible for crypt-analysis. Redman doubted Captain Joseph Rochefort’s, he died age 76, on 20-07-1976, in California, 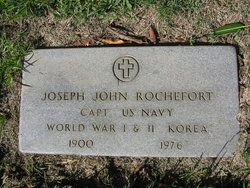 analysis of the intercepted Japanese messages that ultimately led to the successful Battle of Midway, and played a role in Rochefort’s removal from Pearl Harbor in the months that followed. He then served as the Communications Officer on the staff of the Commander-in-Chief, United States Pacific Fleet, Admiral Chester Nimitz from October 1942 to March 1945. On 02-05-1945, he assumed command of the battleship USS Massachusetts,

which he held through the end of the war, From August 1949 to September 1951, he was the Director of Naval Communications in the Office of the Chief of Naval Operations, United States Navy. Subsequently he served as Director of Communications-Electronics for the Joint Chiefs of Staff in Washington, D.C.