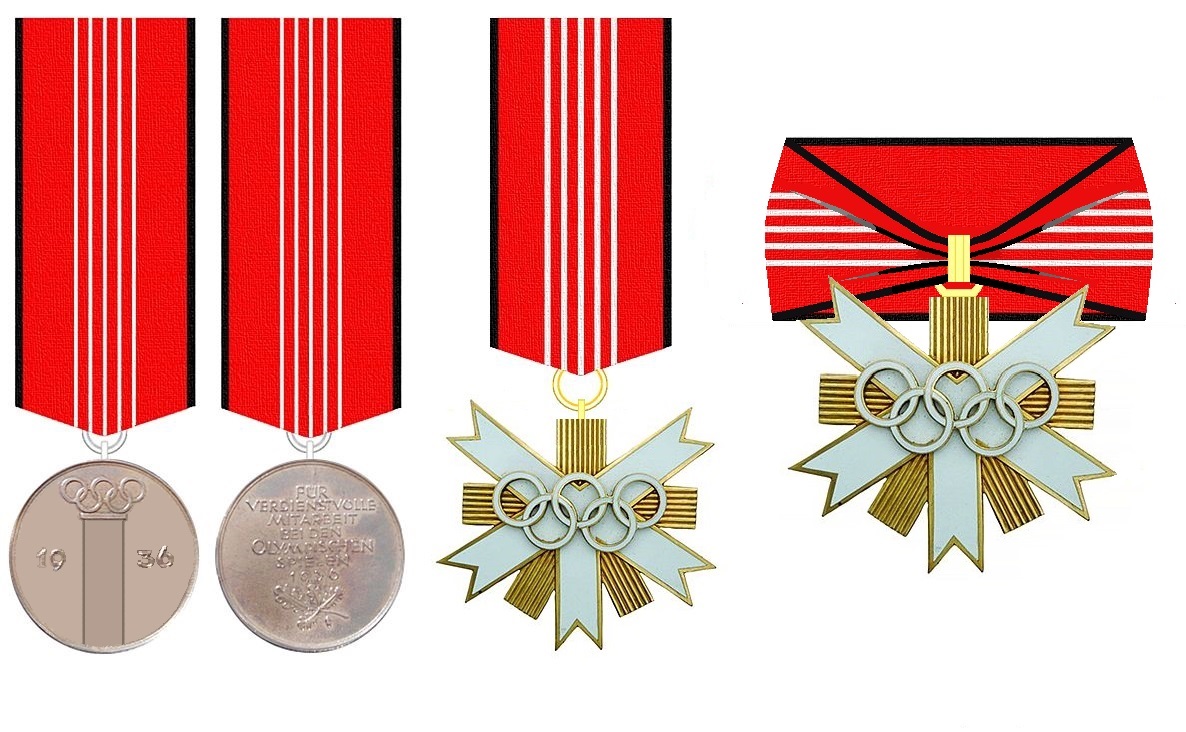 Schleswig Holstein, the first of three sons of the junior high school teacher for English and French (later a secret teacher and director of a high school) Dr. phil. Hans Friedrich “Fritz” Eduard Raeder (listed as Hans Eduard Fritz Raeder in the marriage certificate) and his wife Gertrud Wilhelmine Margarethe, who was married on 27-06-1875 in Berlin (listed as Wilhelmine Margarethe Gertraud in the marriage certificate), born Hartmann, in Wandsbek. In 1903, the year of his first marriage, his parents were already living in Grünberg / Silesia.

His grandparents were the headmaster Johann Friedrich Wilhelm Raeder and Wilhelmine “Minna”, born Kobow, as well as the Berlin chamber musician Heinrich Albert Hartmann and Caroline Sabine Auguste, born Bröckschall.  Raeder had inherited his lifelong love of music from his mother, and she in turn from her father.

As a real child of the Waterkant, he only knew one longing: seafaring. After attending a secondary school in Grünberg in Silesia, he passed the Abitur in 1894. Erich entered the Imperial Navy in 1894. Raeder was the captain of Kaiser Wilhelm II‘s

in the years leading up to World War I. In itself, this was not a rewarding post, but often people in this post were quickly promoted afterwards. He made rapid progress and became Chief of Staff to Franz von Hipper

in 1912. Franz von Hipper died on 25 May 1932, age 68; he was cremated and was buried in his hometown of Weilheim. During the First World War he saw action and in 1928 was promoted to admiral and head of the German Navy. Raeder disliked the domestic policies of the National Socialist German Workers Party (NSDAP)

but supported Adolf Hitler (did you know) in his attempts to restore Germany as a great power.

in April 1931 for “conduct unbecoming to an officer and a gentleman”. Heydrich was a notorious womanizer, having countless affairs and in April 1931, Gross Admiral, Erich Raeder sentenced Heydrich to “dismissal for impropriety.” Heydrich was devastated, but he remained engaged to Lina von Osten.

In 1939 Hitler promoted Raeder to the rank of Grand Admiral, the first German to hold this post since Alfred von Tirpitz

who lived from 19-03-1849 until 06-03-1930. The same year in a speech, Hitler pledged unconditional support to the battle against “Bolshevism and international Jewry”. Raeder’s strategy was to build a German Navy that could challenge the British Navy

. Although he was no follower of the N.S.D.A.P., he did support Adolf Hitler’s efforts from the beginning to make a major power out of the German navy again. This brought him into conflict with Hermann Goering (did you know)

who as director of the German economy directed more resources to the Luftwaffe than the navy. In October 1939, Raeder sent Adolf Hitler a proposal for capturing Denmark and Norway. He argued that Germany would not be able to defeat Britain unless it created naval bases in these countries. In April 1940 Hitler gave permission for this move but he was disappointed by the heavy losses that the German Navy suffered during the achievement of this objective. Raeder supported Operation Sealion, the planned German invasion of Britain, but argued that first the Luftwaffe had to gain air superiority. When Hermann Goering failed to win the Battle of Britain, (see Bomber Harris)

Reader advised Hitler to call off the invasion.

He was also a strong opponent of Operation Barbarossa. Adolf Hitler grew increasingly disillusioned with the performance of the German Navy and after the Luetzow and Admiral Hipper failed to stop a large Arctic convoy he accused his commander of incompetence. To emphasize this, Raeder was forced to retire and was replaced by the U-boat expert Grossadmiral, Karl Dönitz on 30-01-1943.

Raeder was given the honorary title of Admiralinspektor. For services rendered, Raeder had been awarded the Iron Cross 2nd class as well as the Iron Cross 1st class in 1914 as Commander in Chief of the Navy. One result of Raeder’s efforts to indoctrinate the Kriegsmarine was to make a great many of his officers and men into Nazi fanatics. Royal Navy reports of captured Kriegsmarine officers and sailors often commented as one report from October 1940 noted the POWs “were all fanatical Nazis and hated the British intensely, which had not been so evident in previous cases”. The Royal Navy went on to note that based on its interrogations of Kriegsmarine

POWs that Raeder’s indoctrination policy had borne fruit in that the morale of the Kriegsmarine was extremely high, with the majority of officers and sailors very proud to fight for Führer and fatherland.

A harsh disciplinarian, Raeder was obsessed with the fear that the Navy might “disgrace” itself as it did in the last war with High Seas mutiny of 1918, and to prevent another mutiny, Raeder imposed a “ruthless discipline” designed to terrorize his sailors into obedience. Under the leadership of Raeder and even more so under his successor Karl Dönitz, here at the grave of Raeder

, it was official policy for naval courts-martial to impose the death penalty as often as possible, no matter how slight the offence, so that the sailors would fear their officers more than the enemy. Historians have described Raeder as someone who “supported the Nazi regime unflinchingly and proved merciless against malingerers, deserters and those who questioned the authority of the Führer

At war’s end, Raeder was captured by the Soviets, taken to Moscow for interrogation and subsequently turned over to the International Military Tribunal in Nuremberg. This Tribunal found Raeder guilty of having prepared and waged a war of aggression, of having committed war crimes and sentenced him to life imprisonment. He served a notice of appeal to have his sentence altered to execution by firing squad but his appeal was rejected on October 10th, 1946

Whilst in prison, Raeder conducted a feud with Dönitz. There were several campaigns to free Raeder, by his wife and German veterans. Owing to his deteriorating health, he was released on 26-09-1955, age 79

and in the last of his retirement wrote his memoirs Mein Leben, My Life (1957).

He also enjoyed attending and speaking at veteran meetings.

Erich Raeder was married twice and had at least two children.Oberleutnant zur See Raeder married his fiancée Anna Grytzell on 22-09-1903 (born 17-03-1881 in Wandsbek), the daughter of the businessman Carl Leonhard Leberecht Grytzell and Franziska Elisabeth Adelheid Marie, born Urich. The marriage of the two was divorced with effect from 29-0-6-1920 by the judgment of the District Court I Berlin. Anna Raeder, who carried the name of her divorced husband to the end, died on 11-12-1944 in the municipal hospital in Frankfurt a. M.-Höchst from cardiac paralysis. In Frankfurt, which was besieged by the enemy, the registrar made a mistake, on the death certificate he entered the first name “Anita” instead of “Anna”. It can be assumed that daughter Anita reported her death to the authorities and that the officer confused the names. Anna’s birth certificate, issued on 23-03-1881, only shows the first name “Anna”.With Anna Raeder had at least (some sources give three children) daughter Anita (born 1905), who later married the businessman Eberhard Friedrich Diestel (born 29-05-1893 in Hamburg; died 1972 (two children Marion and Ursula). Her father-in-law was Arnold Friedrich Georg Diestel (1857–1924), Hamburg Senator and Mayor, and her mother-in-law Henriette Wilhelmine, born Hesikiel. According to the passenger list, Anita was sailing on the ship “Rugia” to Puerto Barrios, Guatemala on 12-07-1924. It is quite possible that on this occasion she met Eberhard, who himself was often away on business. B. 1923 by ship to New York. On 18-09-1920 Erich Raeder married in Hamburg Erika Lucie Margarete Raeder,born Hindermann (born 21-01-1888 in Berlin;died 02-08-1959 in Kiel), the daughter of Wilhelm Hindermann (born 1845 in Herford; died 28-10-1917) and Anna, born Krottke. Her parents had already died at the time of their marriage. Very interesting, since Erika was officially called “Raeder” three years before the marriage, is a handwritten entry in the upper right corner of the birth certificate of Erika Hindermann issued on 25-09-1888: With Erika, Raeder had son Hans (born 25-12-1921; died 17-01-1953 in Lippstadt due to the late effects of his war wounds). Other children are possible, but not known. Erich Raeder, but also Erika and others, had requested that the Grand Admiral be released from prison for one day at the funeral of his son, but the judiciary refused.

who died age 71, on 02-08-1959, on the Nordfriedhof of Kiel. They had one daughter Anita, who married Eberhard Diestel. Erika who was imprisoned by the Russians from 1945 untill 1949, was Raeder’s second wife and the first was Augusta Schulz, from who he had three children. At his solemn burial in Kiel, at the request of the inspector of the Federal Navy, Raeder’s successor as Commander-in-Chief of the Navy, the former Grand Admiral Dönitz, gave the funeral speech.