The German Oehrn family had to leave revolutionary and Germanophobic Russia in 1921. Victor joined the Reichsmarine

in 1927, serving aboard the light cruisers Königsberg and Karlsruhe before being one of the first officers to transfer to the newly-formed U-boat arm in July 1935. He was appointed to command of U-14 in January 1936 and patrolled in Spanish waters during the Civil War in July–September 1936. In August 1939 he joined the Staff of BDU as an Admiralstabsoffizier. In May 1940 Oehrn took command of U-37

, in order to restore the U-boat men’s trust in the G7e/T2 torpedo

, which had performed abysmally, often detonating prematurely or not at all.  Other U boat aces were Otto Kretschmer,

In four patrols he sank 23 merchant ships for a total of 103.821 GRT, damaged another of 9.494 GRT and sank the British sloop HMS Penzance, before returning to the Staff in August.  From November 1941 Oehrn  served on the Mediterranean U-boat Staff, but during a mission to North Africa in July 1942, he was severely wounded

and captured. After recovering at a British Military Hospital in Alexandria 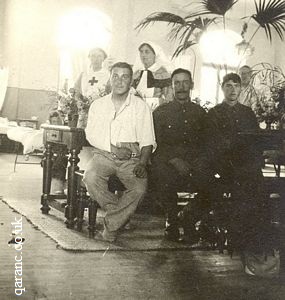 near the Bitter Lakes on the Suez Canal. He was released in a prisoner exchange in October 1943 and returned to Germany. Oehrn spent the remainder of the war serving on the Staff in a number of posts.

Living in Bonn, Oehrn died at the old age of 90, on 26-12-1997 and is buried with his wife Renate, born von Winterfeld, who died age 78, on 02-10-1998, on the cemetery Rüngsdorf in Bonn, Section 2, grave 226. Also buried on this cemetery are, Generalleutnant der Artillerie, Kommandeur der Artillerieschule Berlin, Helmut Huffmann

, accused of accessory against Jews and Poles, Wilhelm Koppe,