. As a young officer he served at Fort Sam Houston, Texas, and in Panama as aide-de-camp to Major General Harold B. Fiske

. He served seven consecutive years at the Artillery School at Fort Sill, first as a student, then as an instructor in the Department of Gunnery, the first student to be chosen to instruct immediately after his student officer course and continued in the Department of Tactics. During those years he was a huntsman with the Artillery Hunt, played polo and steeple-chased. He retained his love for horses all his life and in later years had a small and successful racing stable. During World War II, he commanded a Corps Artillery Fire Direction Centre from Holland to the Elbe River. He served in Greece during the Greek Civil War as training officer of the Joint Military Advisory and Planning Group. He commanded the 25th Division in Korea and was Chief of Staff of the Eighth Army there in 1954. Almost immediately after that he headed the G-3 section of U.S. Army Europe in beautiful Heidelberg, where Albert Speer lived after the war.

and was Chief of Staff of the Seventh Army

in Stuttgart. He worked at the Pentagon in several different positions, early on as Secretary to the General Staff, and lastly as the Deputy Chief of Staff for Military Operations. After that, he returned to Germany as commander of VII Corps in Stuttgart and then became Commanding General of the Seventh Army there. His decorations include the Distinguished Service Medal, two Legions of Merit, the Bronze Star, the Knight Order of the Phoenix, Greece, and two decorations from Belgium. 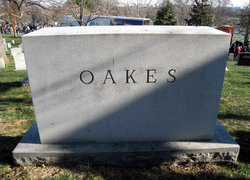