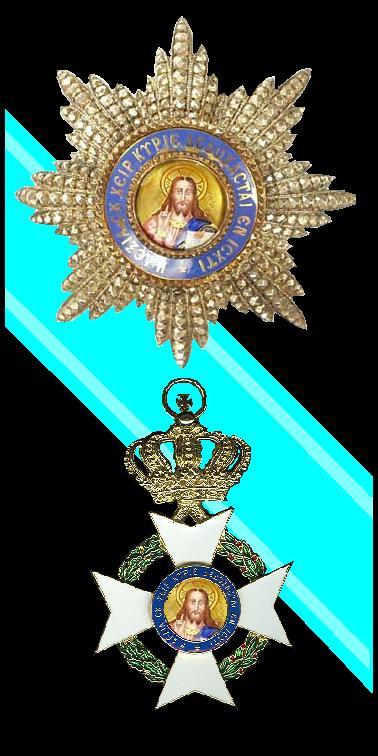 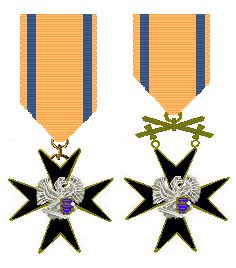 of a wealthy and distinguished Finland-Swedish family at Louhisaari Manor in Askainen, north of Turku. His father was Count Carl Robert Mannerheim and mother Hedvig Charlotta Helena (Hélène) von Julin

. As a younger son of a count he inherited the title of baron.

He was appointed to H.M. the Empress’s Chevalier Guard

, and in 1902 he became a captain in the Imperial Russian Army. In 1904-1905 Mannerheim served in the Russo-Japanese war on the Manchurian front, where he won the respect of his superiors. Mannerheim was promoted to colonel and he received three decorations for his strategy in organizing the retreat from Manchuria. Mannerheim continued his military career in Poland

and by 1912 he had attained the rank of Lieutenant-General. After the outbreak of World War I, he served on the front and received the valued St George Cross

. When Finland declared her independence after the Bolshevik Revolution in October 1917, Mannerheim resigned from the Russian Army, and returned to Finland.

sent a letter to Mannerheim, saying: “I wish I could convince Your Excellency that we are going to beat the Nazis. I feel far more confident than in 1917 or 1918. It would be most painful to the many friends of your country in England if Finland found herself in the dock with the guilty and defeated Nazis.” Mannerheim answered on 02-12-1941: “I would regret if these operations, carried out in order to safeguard Finland, would bring my country into a conflict with England, and I will be deeply grieved if you will consider yourself forced to declare war upon Finland

It was kind of you to send me a personal message in these trying days, and I have fully appreciated it.” Mannerheim was made Marshal of Finland in 1942. On his 75th birthday in the same year Germany’s leader Adolf Hitler (see Hitler parents)

visited Finland and brought his personal congratulations – however, Mannerheim did not cherish the memory of the visit. He was astonished – not only by the visit – at Hitler’s diet: “While the rest of us enjoyed the good but simple dishes, Hitler ate his vegetarian meal washed down with tea and water.” On his own visit to Germany Mannerheim again met Hitler and was entertained by Reichsmarschall Hermann Goering(see Goering Peter)

at his shooting box. When the Germans were defeated on the eastern front, Mannerheim was in August 1944 appointed the President of Finland to negotiate a separate peace with the Soviet Union. The Soviet offensive of June-July 1944 had forced the Finnish army to retreat, and Eastern Karelia and Viipuri were taken by the Red Army. Finland withdrew from the war on 04-09-1944. However, the Germans were still in force in the north. During the fighting between former allies, much of Lapland was laid waste by the German troops. In the autumn of 1945, Mannerheim

intending to spend his retirement there. In June 1946, he underwent an operation for a perforated peptic ulcer, and in October of that year he was diagnosed with a duodenal ulcer. In early 1947, it was recommended that he should travel to the Valmont Sanatorium in Montreux, Switzerland, to recuperate and write his memoirs. Valmont was to be Mannerheim’s main residence for the remainder of his life, although he regularly returned to Finland, and also visited Sweden, France and Italy.

Because Mannerheim was old and sickly, he personally wrote only certain passages of his memoirs. Some other parts he dictated. The remaining parts were written from his recollections by Mannerheim’s various assistants, such as Colonel Aladár Paasonen;

, a war historian. As long as Mannerheim was able to read, he proofread the typewritten drafts of his memoirs. He was almost totally silent about his private life, and focused instead on Finland’s history, especially between 1917 and 1944. When Mannerheim suffered a fatal bowel obstruction in January 1951, his memoirs were not yet in their finished form. They were published after his death

Carl Mannerheim died in in the Cantonal Hospital in Lausanne on 27-01-1951, age 73. His body was brought to Finland, and he is buried at the Hietaniemi Heroes’ Cemetery, Helsinki with full military honours.